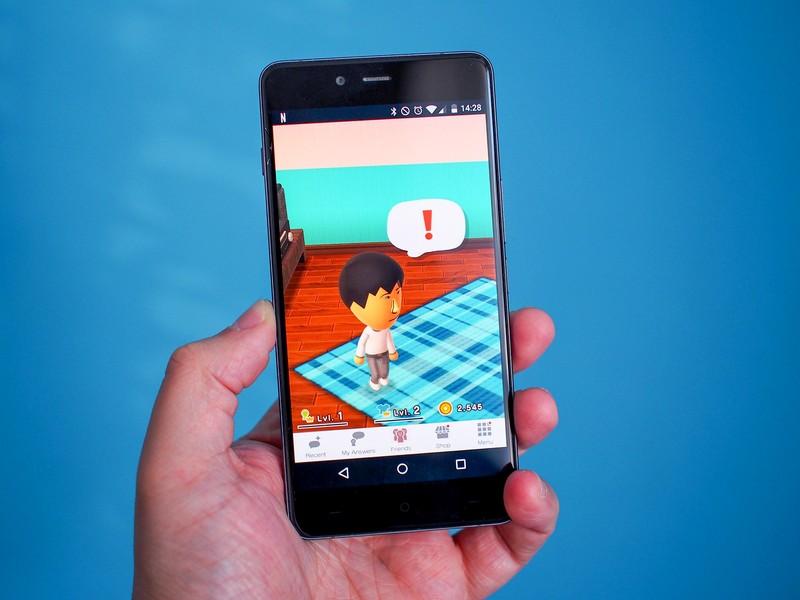 U.S. audiences will finally get a chance to download and use Nintendo’s first smartphone app, Miitomo, on Thursday, March 31. The app will be released for both Android and iOS after a successful launch in Japan earlier this month.

The free-to-play app is not a game, but rather a chat program that uses Nintendo’s Mii avatars. They were first introduced with the launch of the Wii console. Miitomo allows users to customize their Mii avatar, including taking a picture of themselves so their face can be placed on the avatar:

Once their Mii is ready, users can add friends who already have the app in person, or by linking the app with their existing Facebook or Twitter accounts. After that step is complete, it’s time to answer some questions! Miitomo creates conversations and turns discussions into a form of play by prompting users to answer all kinds of fun questions. How would you define your fashion style? What’s the weirdest thing you’ve ever eaten? If you were given ten grand to spend in one day, what would you do? The answers get shared among friends, sparking interesting conversations – part of the fun is discovering unexpected facts about your friends. When users hear how their friends responded to questions, they can give answers a “heart” or a written or picture comment.

While Miitomo is free to download and use, there will be in-app purchases for additional avatar customizations.