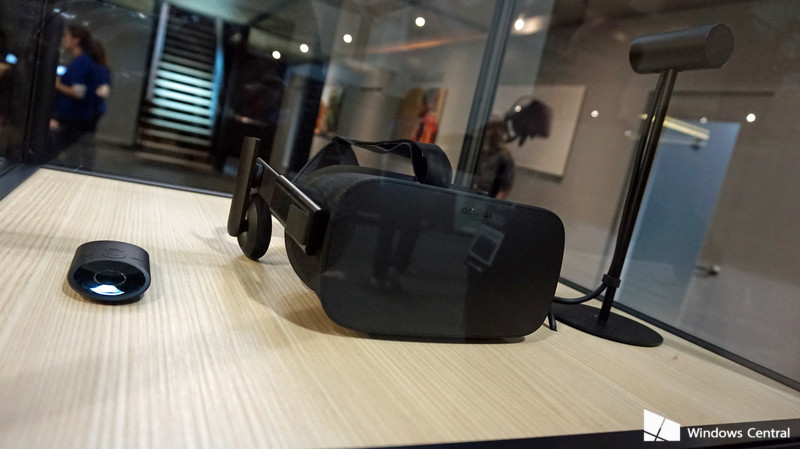 We’re still in the early days of VR, but two games from High Voltage Software are set to break new (virtual) ground.

High Voltage Software has been around for over 20 years and has had to evolve with the latest and greatest in gaming trends. Now that VR is here, the company has a few games slated to hit the Oculus Rift soon, and boy are they impressive! Each game is in a different genre, but both have the ability to set a precedent in those genres when it comes to VR. We went face-on with Dragon Front and Damaged Core with the Oculus Rift!

Collectible card games have become a hit over the past couple of years especially with the rise of eSports and games like Hearthstone. Well, the developers over at High Voltage Interactive want to build upon the hype with its own card game entitled, Dragon Front.

What makes Dragon Front so special you ask? Well, it will be the first virtual reality card game when it launches sometime this year. The game plays a lot like Magic, in the sense that you draw from a custom 30-card deck, and the objective is to beat your opponent by arranging attacks that slowly takes down their HP.

The game can be played against a single AI or a friend or random opponent online. Players start off by choosing a hero and then once the first cards are drawn you can place your minions down onto the 4X4 grid. Dragon Front plays just like any other collectible card game as cards can only be pulled when you have an allotted amount of Mana. This is where the real magic begins. Once you play a minion, it comes to life just below you. This felt reminiscent to Ash throwing out a PokeBall, which made the little kid inside me scream in delight. From here you can have your minions attack enemies that are directly in front of them.

Seeing the actual minions make their moves instead of just cards slamming against each other is an awesome sight that you have to experience to understand. I played against one of the game developers in an online match, and the match took about half an hour to complete. If you’re an experienced card player, Dragon Front is pretty straightforward, and you’ll get the hang of it within 5 or 10 minutes.

The game is slated to launch shortly after the Oculus launch but only in beta form, that way the developers can sort out balancing issues and what not. I was also told the when it does launch the game will be a free-to-play title in the same sense that Hearthstone is.

Dragon Front is easily one of my top three Oculus experiences, and I can’t wait for you all to try it out for yourselves. 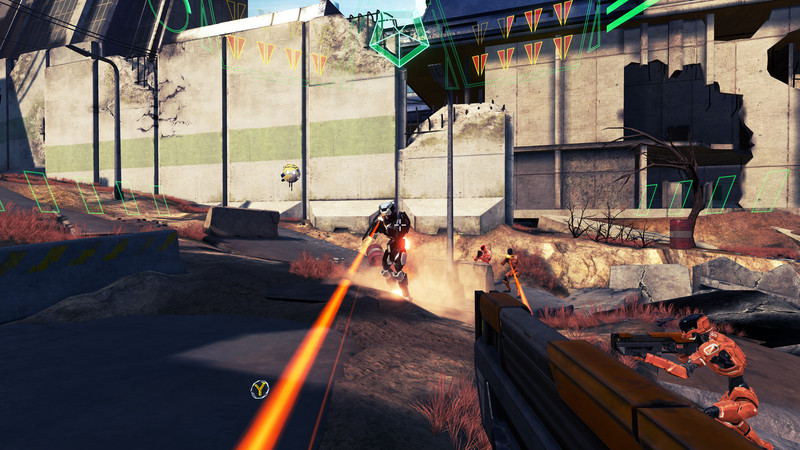 Most VR games want to make you the center of the action with a vast majority of games being played from a first-person view. That being said, developers are still trying to figure out how to to do first-person shooters the right way. Well, High Voltage isn’t a stranger for trying FPS on something new as they have the critically acclaimed FPS Conduit on mobile devices.

Damaged Core is the resulting product of the studio taking the FPS genre to VR, and damn is it fun. In the game, you take the role of artificial intelligence that can hack robots from the robotic uprising called the Core.

To hack a robot you hold down the Y button and then hover over the enemy that you’d like to control. Once you hack that enemy, you then see from their point of view and can use whatever form of weaponry they have available to them. The thing is you can’t move around. Your host remains stationary but can shoot in any direction until it has taken too much damage at which point you can then transfer to another robot. 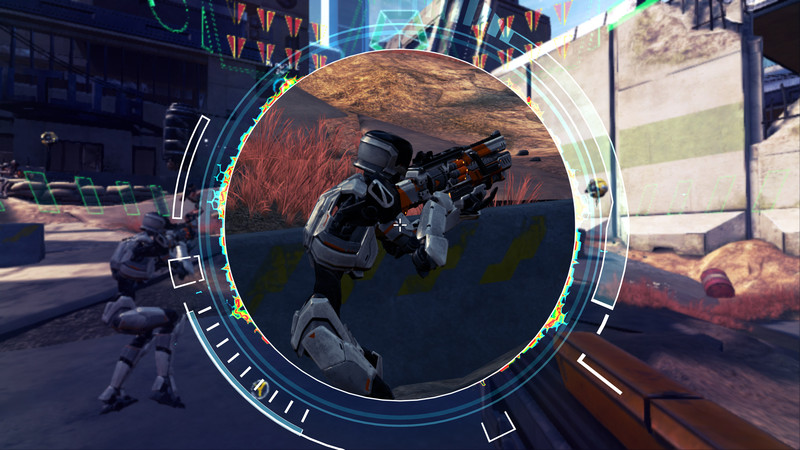 It sounds simple, but the fun comes from taking on waves of enemies and methodically choosing your next host before your current robot host explodes. This keeps you on your toes, and also ushers in some diversification to the gameplay by introducing new enemies. For example, I reached a part in the game where an enemy was able to shield robots in its vicinity from being hacked.

Damaged Core was easy to jump into, yet difficult to master. The constant bombardment of enemies and knowing your time within a host is limited is so thrilling that it was hard for me to put the game down and take the headset off.

Damaged Core comes out post-launch of the Oculus Rift and no details concerning price have been released yet.

These are just two of the first games for VR — the question is, what do you want to play in virtual reality?

Read more from News
← Waze warns you about dangerous intersections in big US cities
HTC 10 — what do you want to see? →