From the Editor’s Desk: The silliest argument in all of Android (this week) 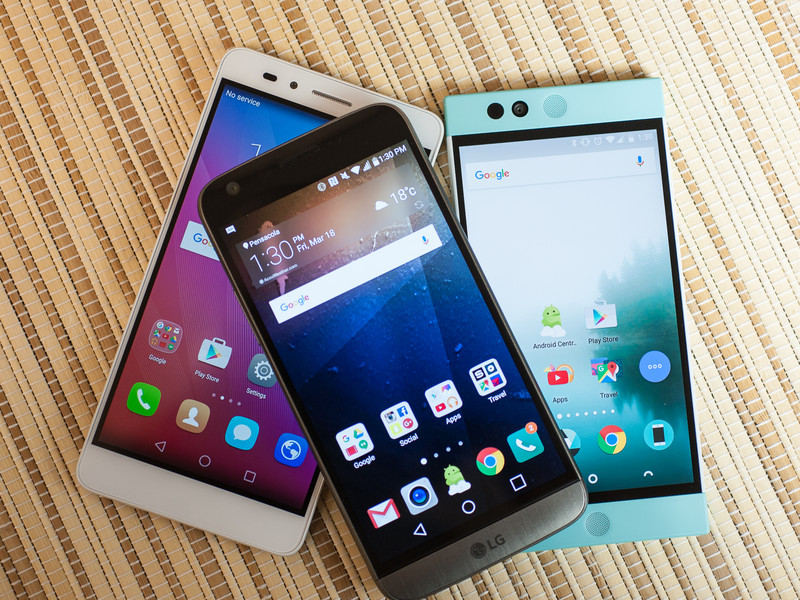 Not having an app drawer isn’t exactly a new phenomenon, nor is it something any self-respecting smartphone nerd should ever worry about.

Spend, oh, more than 30 seconds on the Internet and you’ll quickly learn that folks love to argue. We’ll argue about anything and everything. We’ll argue over whether we actually do love to argue, who argues the best, and whether the only way to win an argument online is to not argue in the first place. (“A strange game …”)

Smartphone nerds in particular have their fair share of back-and-forths. I’m as guilty of it as anyone. (Though I have the luxury of being in charge and therefore have an unfair advantage, especially since I can post gifs in the comments.)

But there’s one bone of contention lately that’s had me shaking my head even more than usual.

I’ve used a lot of phones in my time with Android Central. A lot of phones. And it’s good to get out of one’s comfort zone from time to time. In the early days it’d be Korea-specific phones from LG. More recently it’s been China-specific phones from Huawei. I need to get into Xiaomi. And one thing Huawei and Xiaomi have had in common is that they’ve eschewed the traditional Android launcher for something more akin to the iPhone’s Springboard.

That is, no app drawer.

North America is getting its first real taste of phones without app drawers.

And now with the LG G5 (as well as the Nextbit Robin, which I’m finally taking a good look at), we’ve got some North America-friendly phones that are going the same route. No app drawer.

The nerds are not pleased.

Zachary Boddy in our G5 forums wrote “I believe it should be an option. I love the App Drawer but I understand why some people would want it to be removed. It’s unfortunate that so many manufacturers seem to be drifting in that direction, however.”

Mike-Mike in the comments on our initial LG G5 hands-on chimed in “Also no app drawer blows my mind, don’t think I like that.”

OK, fine. But here’s the thing:

Of all the things to worry about when it comes to what makes a smartphone good in the eyes of someone who (let’s be perfectly honest here) obsesses over such toys, the absence of an app drawer may be the silliest concern in recent memory.

An app drawer is part of the launcher. And launchers are better than ever — and just a download away in Google Play. Google’s own launcher is available for download. There’s the uber-popular Nova Launcher. I’m still a huge fan of Action Launcher. There are others. I know this. You nerds out there know this.

I’ve been using a pre-production model of the LG G5 for a few days. I’ve been playing with the Nextbit Robin as well. I’ve used the Huawei Mate 8 and Mate S at length, as well as their cousin, the Honor 5X. Nary an app drawer to be seen. And it took all of 2 minutes to fire up my launcher of choice. So what the hell are we so worried about?

App drawers are better to have than not. They’re also just a download away. No big deal.

Purple Zebra got it in the comments of our hands-on. “Comment sections everywhere are full of people saying they won’t buy it because of the lack of app drawer. I’m getting repetitive facepalm injuries.”

For the record, I’m a fan of having some kind of app drawer — if for no other reason than it makes it easier to rearrange the home screens the way you want. You don’t have to have a “shit apps” folder. (LG at least lets you hide apps on the G5.) Nextbit gets this, too, even including the Google Now Launcher as a pre-load.

But not having an app drawer doesn’t doom a phone to uselessness. It just means you’ll probably want to download a new one — something most of us reading this are probably doing anyway.

That’s it for this week. See ya’ll Monday, app drawer in hand.