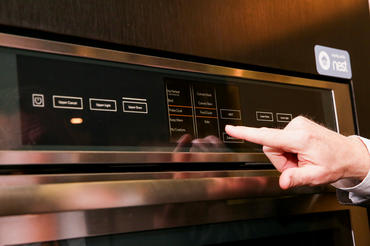 The Jenn-Air connected oven is available, but its integration with Nest won’t begin until summer 2016.

Does it get a little too hot in the kitchen when you cook? A new smart home collaboration will help keep things cool automatically.

A connected wall oven from luxury appliance brand Jenn-Air will work with the popular Nest Learning Thermostat beginning this summer, the company announced Thursday at the Architectural Digest Design Show in New York City. This means you can set the Nest to turn down the temperature by a degree or two if the thermostat detects that you’re using the oven, which ranges in price from $3,549 to $5,199. The Nest will also work with the Jenn-Air Connected Double Wall Oven’s app to send you an alert if your oven is on, but the Nest detects that you’re not home.

This collaboration is a natural evolution for Jenn-Air’s parent company, Whirlpool, which announced at CES 2016 that a Whirlpool range and dishwasher would work with Nest. The Whirlpool Corporation’s partnership with the smart thermostat, along with the Whirlpool dishwasher’s compatibility with the Amazon Dash replenishments, show that the company is aggressive in integrating its kitchen products (from the luxury lines to the more mainstream brands) into the larger concept of the connected home. 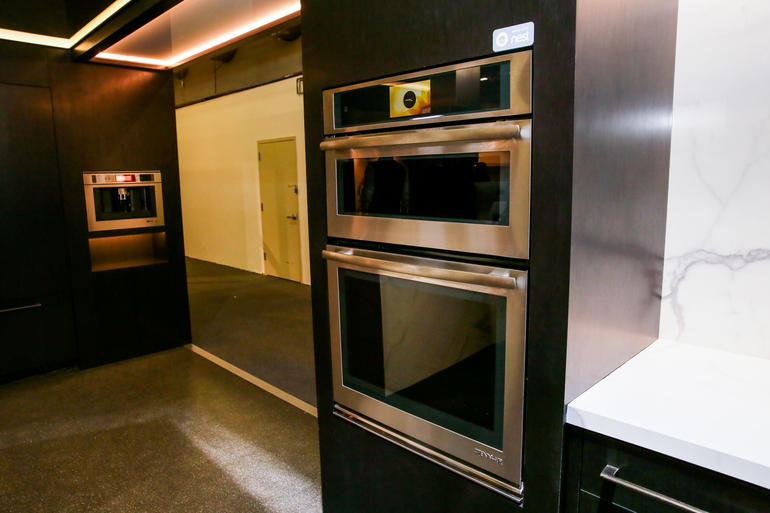 The Jenn-Air connected wall oven ranges in price from $3,549 to $5,199 depending on finishes and whether you pair the single oven with a built-in microwave or another wall oven.

Whirlpool’s choice of companies to work with is also (for lack of a better word) smart. Amazon recently announced new developer tools for its virtual assistant, Alexa, that will let you sync Alexa-powered gadgets like the Amazon Echo smart speaker with the Nest. It’s not too much of a stretch to wonder if you’ll eventually be able to ask Alexa if your oven’s on.

Jenn-Air began shipping its connected oven in December. Even without the integration with Nest, the oven has an impressive app and interface. You can use a feature called the Culinary Center that will ask for information about what you’re cooking (from your desired level of doneness to the type of pan you’re using) and recommend cook settings for the dish. From the app, you can send those settings directly to the oven so it will be ready to cook to your preferences when you get home. These features are promising, but the connected oven’s price will put them out of reach for a lot of folks. I’d like to see the Whirlpool Corporation incorporate some of the features from the Jenn-Air’s app into the app for the connected and less expensive Whirlpool connected oven when it’s released late this year.