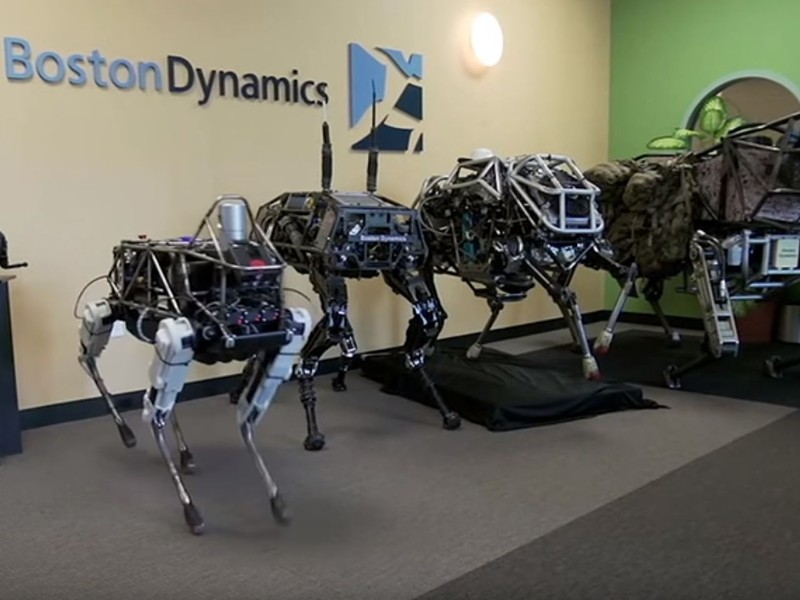 The robots of Boston Dynamics may be huge stars on YouTube, but that apparently is not enough for its current parent company Alphabet, which also owns Google. A new report says that Boston Dynamics is now up for sale.

Google acquired the company in December 2013, but even before then Boston Dynamics’ robot creations like Big Dog, PETMAN and Wildcat had become Internet sensations thanks to videos showing off their movements that looked very much like how real animals moved. However, it looks like getting lots of views online won’t cut it. According to Bloomberg:

Executives at Google parent Alphabet Inc., absorbed with making sure all the various companies under its corporate umbrella have plans to generate real revenue, concluded that Boston Dynamics isn’t likely to produce a marketable product in the next few years and have put the unit up for sale, according to two people familiar with the company’s plans.

The article also cites reported issues between the executives at Boston Dynamics in working with Google’s robot efforts, which are under the name Replicant. It adds that possible buyers include Toyota and Amazon.

Read more from News
← College athletes in EA lawsuit will receive an average of $1,600
Grab the Back to the Future Trilogy for $22 at Google Play →