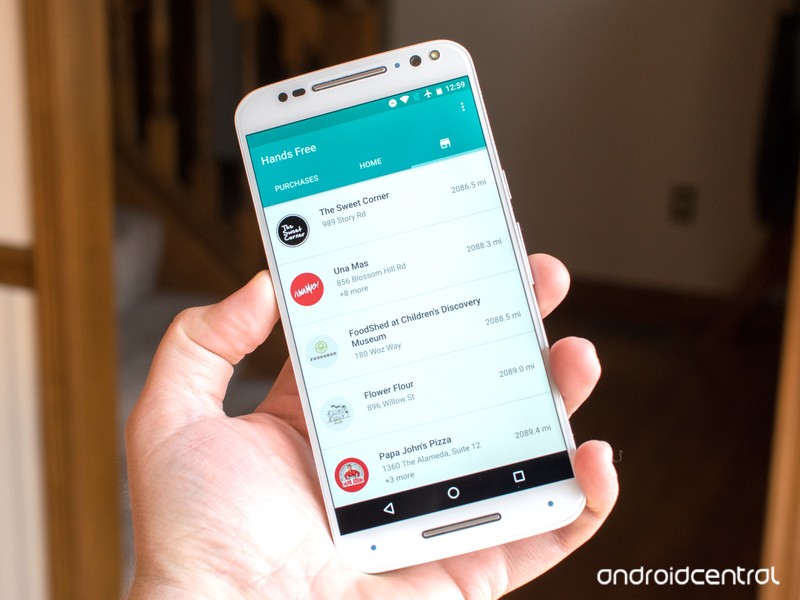 Google has announced a new pilot program for hands-free payments with a new app, appropriately named Hands Free. With the app, you won’t need to grab your wallet, hunt for cash, or even pull your phone out of your pocket or purse in order to pay. Currently separate from Android Pay, the Hands Free beta is currently limited to the South Bay area of San Francisco.

Once you’ve installed and set up the app, Hands Free uses Bluetooth low energy, Wi-Fi, and location services on your phone to detect whether you’re near a participating store. When you’re ready to pay, you can simply tell the cashier, “I’ll pay with Google.” The cashier will ask for your initials and use the picture you added to your Hands Free profile to confirm your identity.

Google says that Hands Free is currently rolling out to a small number of partners, including McDonald’s and Papa John’s. Some stores are even implementing their own dedicated cameras that will be used to confirm your identity. Customers who beta test Hands Free can get up to $5 off their first purchase using the system at participating stores.