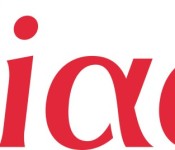 In July, French telecommunications giant Iliad expressed interest to purchase a majority stake in T-Mobile. The offer at that time was roughly $15 billion for 56.6%. Recently, Iliad upped that number to take 67% at $36 per share. It was going all-in to get its foot into the United States wireless industry.

It all comes to an end today because T-Mobile’s parent, Deutsche Telekom, has “refused” to entertain the new offer. Iliad has announced its pursuit of T-Mobile is over and will move on. In somewhat of a jab at Deutsche Telekom and T-Mobile, Iliad said in a press release that it will “continue its profitable growth policy as it has been conducted over the last 15 years in the interest of subscribers, employees and shareholders.”

This means that the door is still open for SoftBank to hop in and merge Sprint with T-Mobile.

Come comment on this article: Iliad moving on after T-Mobile declines acquisition offer