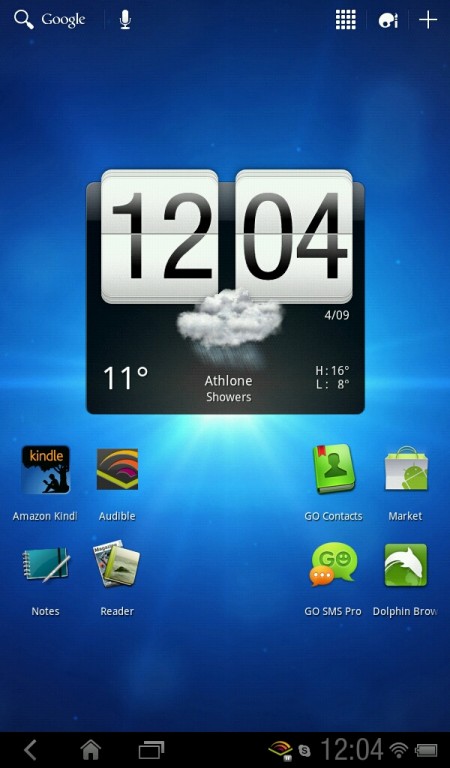 Back at MWC, HTC officially announced the HTC Flyer, their first Android tablet. The Flyer launched with Gingerbread, despite the fact that most people were expecting Honeycomb. It’s still running on Gingerbread as of right now, but HTC made an announcement a few months ago that the Flyer will be getting a Honeycomb update, with Sense UI incorporated. Now the developer test version of the update is out, and as you can see from the screenshot, Honeycomb looks quite nice on the Flyer. It’s Android 3.2 with HTC Sense UX on top, just like its elder brother, the JetStream, which was launched by HTC and AT&T few days ago. XDA forum member globatron successfully ported the ROM to his HTC Flyer and posted the screenshots. The Sense UX version number is also 1.1, just like the JetStream.

No word on when HTC will officially launch the update, but you can port it to your Flyer if you’re feeling adventurous. It does take some skill, and it’s definitelly not for the faint of heart. After looking at the instructions, all I can say is “mod at your own risk.”