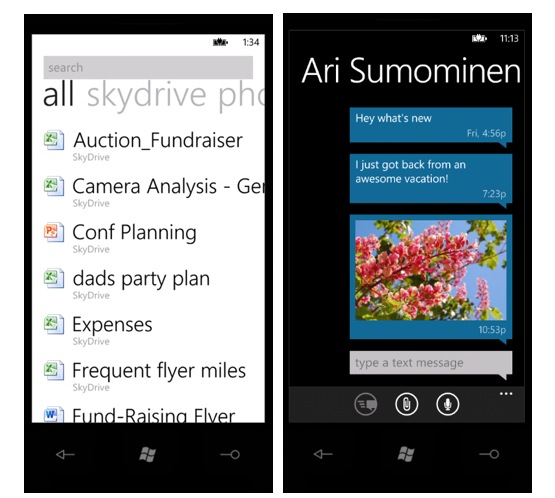 We already knew Windows Phone Mango would include SkyDrive functionality, but Microsoft has now released a few more details on some of the cloud storage features we can expect to see when the update rolls out, later this year. With the update, SkyDrive users will be able to share their stored photos via text message, e-mail or IM, and to upload their videos to the cloud with the touch of a button. They’ll also be able to browse, share and edit uploaded MS Office documents directly from their handhelds, while searching through their entire SkyDrive via the Office Hub. Storage limits remain capped at 25GB, though Microsoft says we should expect to see more cloud-based features roll out in the near future (including a revamped, HTML5-based SkyDrive web interface), so more changes may very well be on the horizon. Soar past the break for some demo videos from Redmond, along with a hands-on clip from WinRumors.