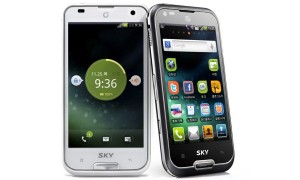 Pantech’s bringing a new wrinkle to the mobile hardware space with its newly announced Vega Xpress handset. This 4-inch Android 2.2 beastie will come equipped with an unspecified amount of DDR2 RAM– yes, the stuff that usually goes into x86 laptop and desktop computers — which Pantech will have you believe is going to blow the competition out of the proverbial water. The company claims the new phone doubles 3D graphics performance relative to its previous best, while power efficiency is also said to be two to three times better. Other specs include a 5 megapixel autofocus camera, 802.11n WiFi, an 800 x 480 resolution, and a 1500mAh battery. Yours, provided you’re anywhere near Korea, some time soon.