Samsung details the display on the Galaxy X foldable phone 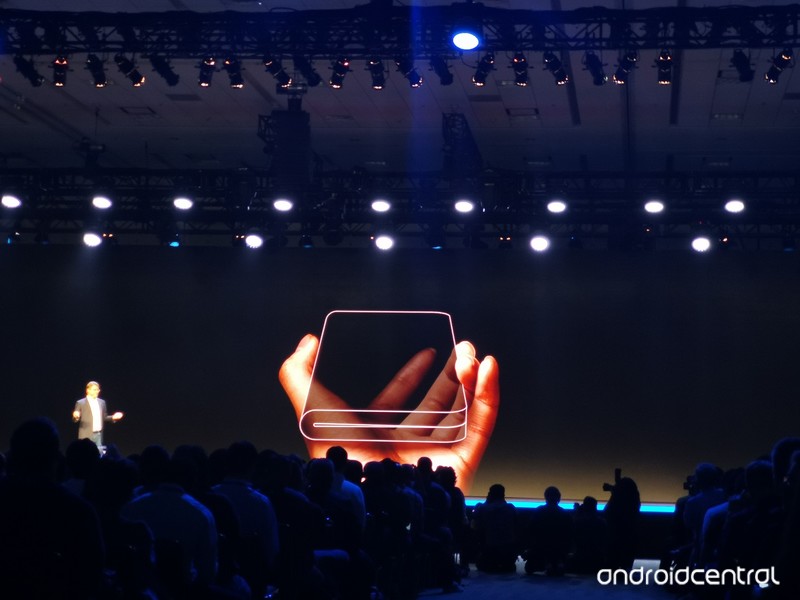 The mobile industry has been tracking this rumored Samsung “Galaxy X” prototype phone for several months, and while we don’t even know if that’s what the phone will actually be called, it’s what the current rumor mill has been spitting out. In any case, here’s what we know and what to look forward to with Samsung’s upcoming foldable smartphone.

Samsung showed off its foldable phone earlier today, and now the manufacturer has detailed some of the key aspects of the device. As noted by CNET’s Shara Tibken, the Galaxy X has a fold-out design that transforms the phone into a tablet, with the phone part featuring a 21:9 4.58-inch screen with a resolution of 1960 x 840.

November 7, 2018 — Samsung is working with Google to develop guidelines for foldable devices

Samsung is partnering with Google to create developer guidelines for the “best experience” on foldable devices. In the short-term, Samsung will release an emulator that will let devs test how Android 9 Pie-based apps behave with changing screen sizes.

Starting with next year’s Android Q, Google will add support for foldable and multi-screen devices, and there will be an AOSP emulator that will allow for more fine-tuned testing.

November 7, 2018 — Samsung shows off its foldable display tech for the first time

The Samsung Developer Conference 2018 was held today, and while we didn’t get an actual product announcement for a foldable smartphone, we did see a live demo of how the foldable screen tech works.

Samsung’s calling its foldable panel “Infinity Flex,” and during the opening keynote, we saw a live demo of a device built with Infinity Flex. The gadget itself was hidden in a large case as to not reveal its actual design, but what we did see is that Infinity Flex has one display on the front, and when opened up, reveals a large 7.3-inch panel that’s not interrupted by any black bars or bezels.

Google’s already announced native Android support for foldable devices, and apps will be able to transition seamlessly from both the inside and outside of the display based on what you’re doing.

Mass production for Infinity Flex will begin on the coming phones, so while we’ll have to wait a little while longer before we can purchase one ourselves, we’re a heck of a lot closer to the long-awaited Galaxy X than ever before. 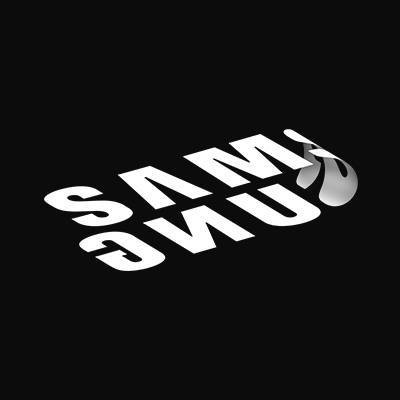 At its 2018 Developer Conference, Samsung announced that its foldable AMOLED panel is called “Infinity Flex.”

Infinity Flex consists of two different displays — a smaller one on the front that looks like a traditional phone, and when you open it up, there’s a large 7.3-inch panel inside. Unlike other foldable smartphones, the actual display is bending rather than a separate hinge. That means no black bars or bezels covering the display. It’s just one, gorgeous, uninterrupted screen.

Users now have the best of both worlds: a compact smartphone that unfolds to reveal a larger immersive display for multitasking and viewing content. The app experience seamlessly transitions from the smaller display to the larger display as the device unfolds. Also, users can browse, watch, connect and multitask without losing a beat, simultaneously using three active apps on the larger display. 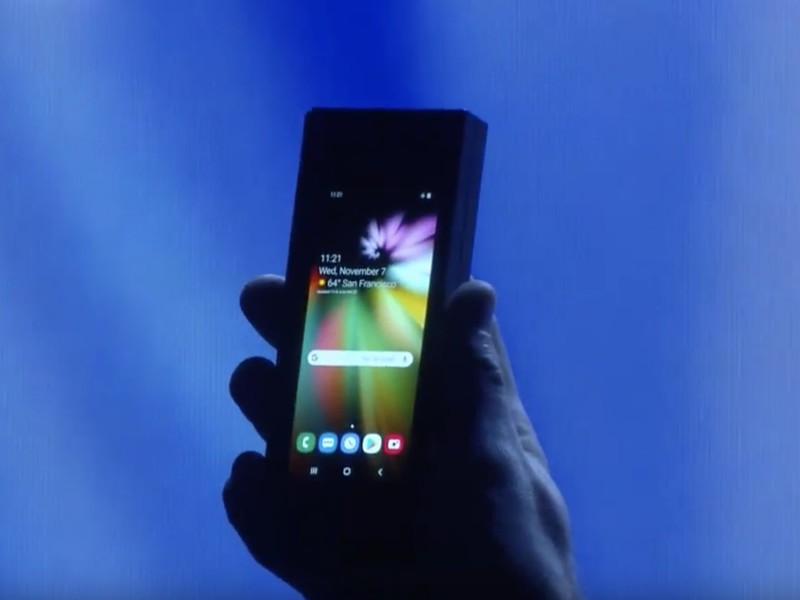 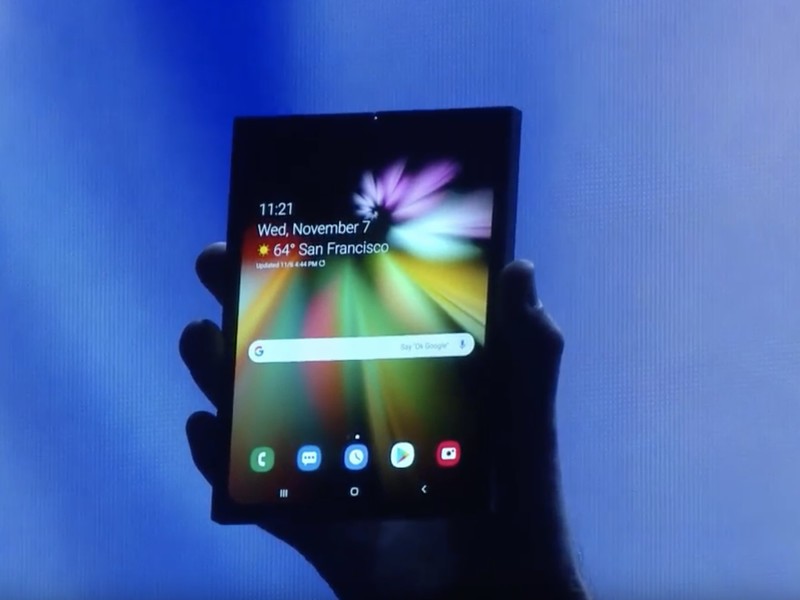 The device seen in the pictures above is likely what we’ve been referring to as the “Galaxy X,” but that large, chunky body isn’t what it looks like. It’s simply a dummy case to hide what the phone’s real design, but the function of the foldable panel will work the same come launch time.

With this native support, apps will be able to adjust and rearrange themselves based on whether they’re being used on the smaller display or the larger, folded-out one.

Google’s referring to this process as “screen continuity” and is best to be thought of as an evolution of how elements on your screen move around when you go from portrait to landscape mode.

Mass production will begin in a few months

If you were hoping to rush out and buy Samsung’s foldable phone soon, you’re unfortunately going to have to wait a little while longer.

Samsung says that it’ll begin mass production of its Infinity Flex displays within the coming months, meaning we’re looking at a release at some point in 2019. We currently don’t have anything more specific than that, and while the price is unknown, don’t expect it to be cheap.