The R17 Pro has a narrow notch, three cameras, and a gradient finish at the back. 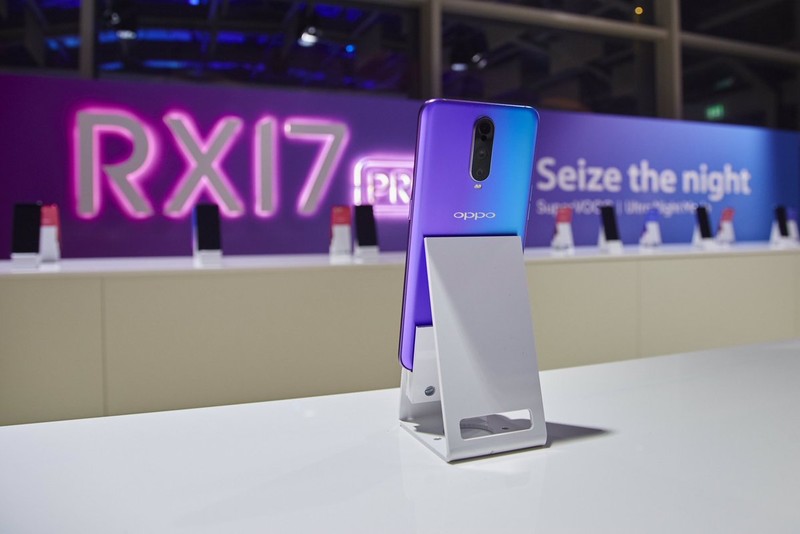 OPPO unveiled its first phone in European markets earlier this year with the Find X, and the brand is now introducing the R17 Pro in the region under the RX17 Pro moniker. The R17 Pro debuted a few months ago in China, and forms the basis for the OnePlus 6T.

The phone has an evocative design with a gradient pattern at the back that’s dubbed Radiant Mist. There’s a 6.4-inch FHD+ AMOLED screen up front with a resolution of 2340 x 1080, and the device has a smaller waterdrop notch. The display is backed by a layer of Gorilla Glass 6.

Under the hood, you get a Snapdragon 710 along with 8GB of RAM and 128GB of storage as standard, and unlike the OnePlus 6T, the secondary SIM card slot can hold a MicroSD card. Round the back, there’s a primary 12MP wide-angle shooter joined by a 20MP sensor and a 3D imaging sensor that’s primarily used for AR. The R17 Pro has a HDR-enabled 25MP front camera as well.

The phone loses out on the 3.5mm jack, but you do get NFC, Wi-Fi ac, Bluetooth 5.0, and a 3700mAh battery with SuperVOOC charging. The charging tech allows the device to go from flat to 40% in just 10 minutes. On the software front, the R17 Pro is running ColorOS 5.2 based on Android 8.1 Oreo.

The R17 Pro will be available starting November 16 for €599. Who’s interested?