Ingress has a huge Google+ problem

Niantic might need to run its own social systems if it wants to communicate with its audience. 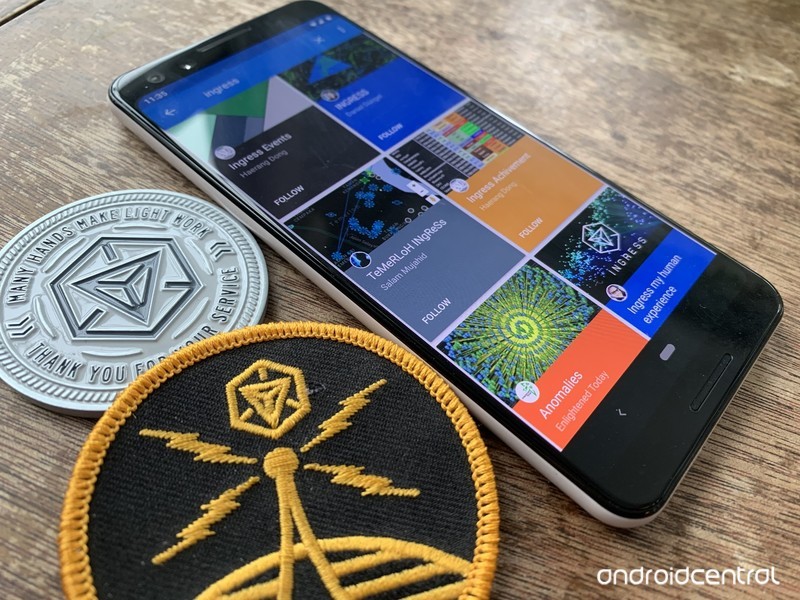 If you ask Niantic CEO John Hanke what surprised him most about building his first augmented reality game, Ingress, he’ll tell you a great story about the way people started forming what he calls “IRL Guilds” to approach the game on a wider scale. Ingress came with its own chat interface at launch, but for for involved planning sessions there needed to be something a little more complex. Community tools detached from the core service allowed “guilds” to form in their native languages and with their own rules, which is important when supporting a global audience.

Because Niantic was a Google company when Ingress launched, and everyone at Google was being pressured to include it in everything at the time, these “guilds” largely formed on Google+. And now, with the largely abandoned social network being shut down in nine months, this massive network of players is hoping Niantic offers them a viable alternative in time.

Because Ingress started out as an Android-only game and catered largely to early adopters in the Google ecosystem, Google+ was a fairly logical place to build a community. And while the rest of the world moved on from the network in fairly short order, the Ingress community thrived. When Google announced it was shuttering the service within the next ten months, Ingress was the fourth largest community on the platform with thousands active daily. Individual posts within the Ingress community continue to get hundreds of comments and interactions, all separate from the planning sub groups for players plotting their next attack on the opposing faction.

This kind of active forum system is something Google+ has always done very well, especially when compared to the other large social networks. Losing it as a resource causes a lot of problems not only for the players who have been using it as a team message board for so long, but also for Niantic itself when trying to get the message out about new features and events outside of the app. The Ingress Twitter account, for example, has less than 100k followers and sees a little over 100 likes, retweets, and comments per post. The Ingress account on Google+ has over 4 million followers, and regularly sees six times the engagement per post. This includes calls to action for upcoming global events, which is a huge part of the Ingress gameplay experience. While it’s unlikely shutting down Google+ is going to seriously impact attendance, it’s certainly going to cause far fewer people to be aware of these events and the repercussions of one faction winning over the other in real-time.

So what is Niantic doing about this? At the moment, that’s worryingly unclear. During the reveal of Ingress Prime, Hanke noted this was a fairly serious issue they were looking into.

“You think of Google+ as this shopping mall where almost all the stores are empty, and there’s this one anchor store where there’s a huge amount of activity still . That’s the Ingress store, in the Google+ shopping mall, but the mall is closing and the builders have decided to bring in the wrecking ball to the mall.”

What Hanke and the rest of his team didn’t have was a concrete plan to communicate with its audience after Google+ is pulled down. This is a unique problem for the company, which until this point has been happy to let its users pick their own system for communicating instead of building something itself. This same strategy was used as Pokemon Go launched, with Niantic regularly commenting it made more sense for the community to organize itself with the third-party tools it preferred. The ravenous popularity of Pokemon Go lead to something more centralized though, The Sylph Road. While individual communities and chat groups are all over the place, this bigger service offers tools for connecting with new groups and makes it easier for new players to find these “IRL guilds” hiding all around them. If The Sylph Road were to shut down tomorrow, Niantic would be facing a similar dilemma to the one it now faces with Google+, because it’s not managing or building this part of the community itself.

Those who follow the spree of companies Niantic has been Aqui-hiring over the last couple of years will remember the folks at Evertoon were absorbed to help build a social infrastructure into Pokemon Go. While there’s been no public mention of specific features headed to Ingress with similar intent, Hanke and his team have noted their intent to standardize a set of features across all Niantic games, including the upcoming Harry Potter: Wizards Unite. Some Ingress players have reported seeing surveys in which Niantic has asked if players would consider using a in-house developed community tool, so it is possible the folks Evertoon folks who are now Niantic folks are working on this kind of thing in the background, but if you ask anyone at Niantic for details all you will hear is that they don’t know what any of this will look like yet.

This isn’t a cause for panic, by any means. The launch of Ingress Prime is a rebirth for the game, with the shiny new paint job being the first step of many in overhauling the overall experience. Really, Google+ shutting down when it is lines up quite well with the Ingress Prime feature roadmap. As the underlying experience shift and grows with its community, a new tool for these small groups to communicate could arrive like any other feature. But if something isn’t in place well before time runs out on Google+, it could be a deeply frustrating time for everyone involved.