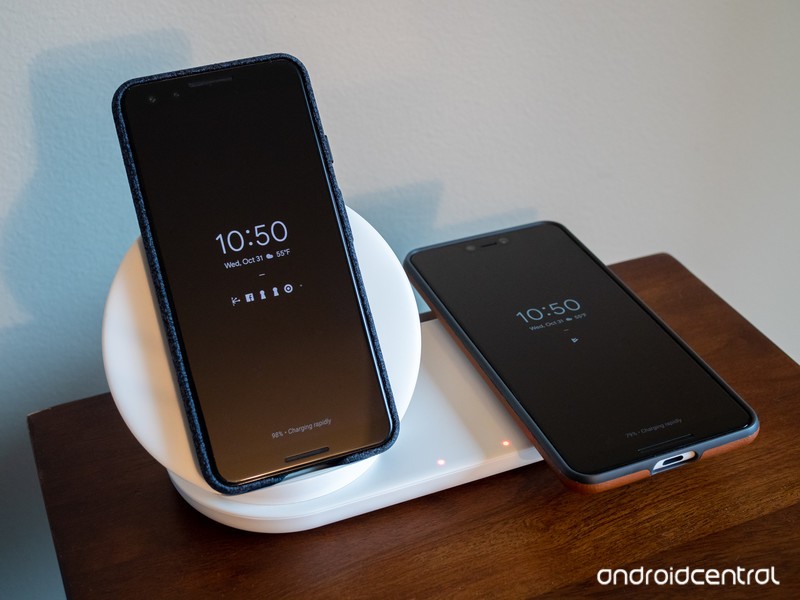 The Wireless Charger Duo is slower, but not by much

The Samsung Wireless Charger Duo is capable of charging two phones at the same time at the max speed of 7.5W per phone. You’ll notice that that isn’t as fast as Samsung’s other dedicated wireless chargers, which can charge newer Samsung phones (Galaxy S7 and newer) at up to 9W and get them filled up quicker.

What you do get is the ability to use just one charger to charge two phones simultaneously. If you want to charge two new Samsung phones as fast as possible wirelessly, you’ll need to buy two single-phone Samsung wireless chargers instead.

This isn’t the absolute fastest you can wirelessly charge a Samsung phone, but it’s good enough for most people.

How fast your phones will charge on the Wireless Charger Duo is dependent on the phones themselves. Older phones, such as the Galaxy S6 series and others from that general era, will only charge at 5W. Newer Samsung phones, many other Android phones and Apple’s latest iPhones, will charge at 7.5W — the max charging speed offered by most wireless chargers out there.

How those wattage numbers translate into actual charging times will vary widely by phone. If you have a wireless charger now, look at its power rating and compare it to the phones above — that’ll give you a great idea of how long the Wireless Charger Duo will take to charge it. If you don’t yet have a wireless charger, there is lots of information available to determine how long a full wireless charge takes — typically, it’s between two and three hours.

In order to get the fastest possible charging speeds, you must use the charger’s included USB-C power adapter since it has the extra output required to power both charging pads at their full speed. It’s much larger than most wireless charger adapters, which is unfortunate, but the Wireless Charger Duo really doesn’t like to charge two devices with any other plug. 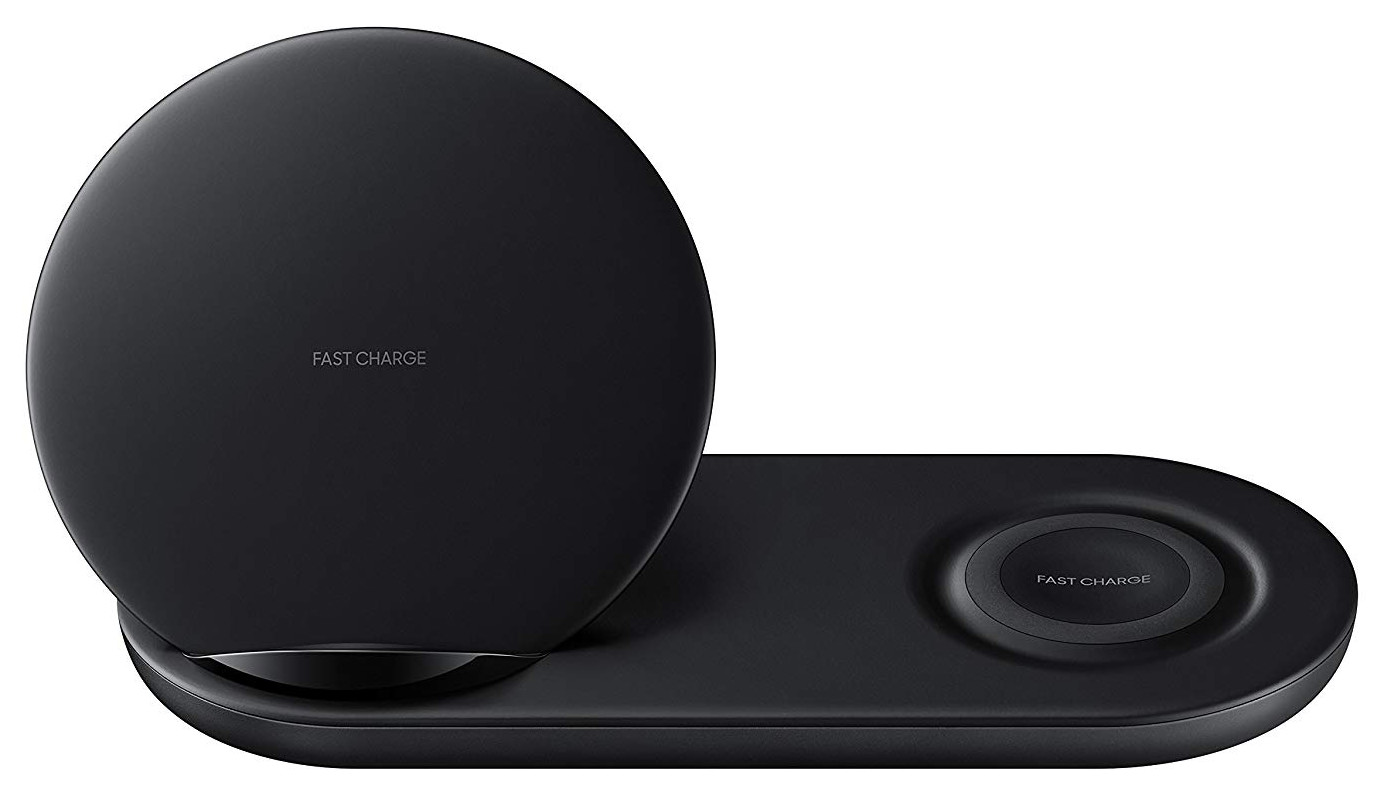 Charge two phones at once 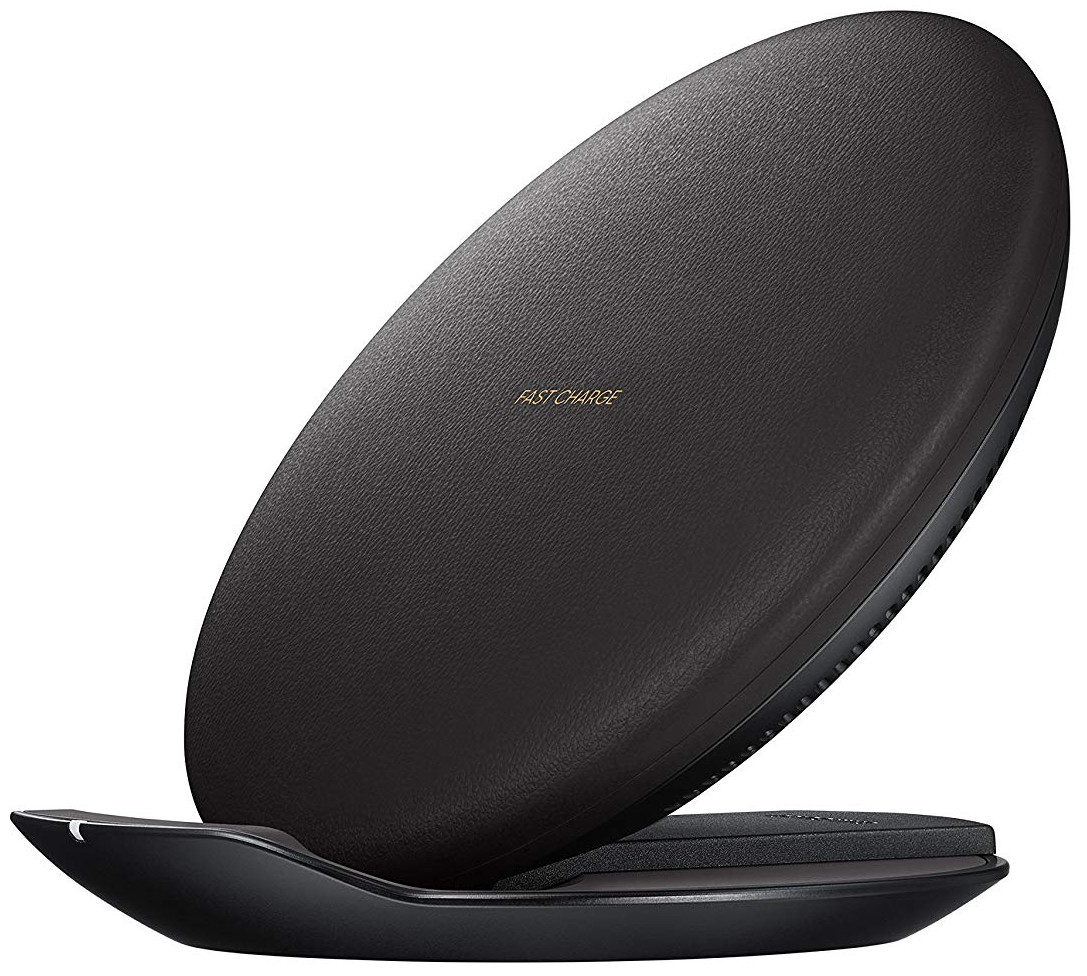 If you’re willing to forego having two devices charged at once, you can get faster speeds for a modern Samsung phone when you buy one of Samsung’s latest fast wireless charging pads. It just means you’ll have to find some other way to charge your second phone or watch separately.