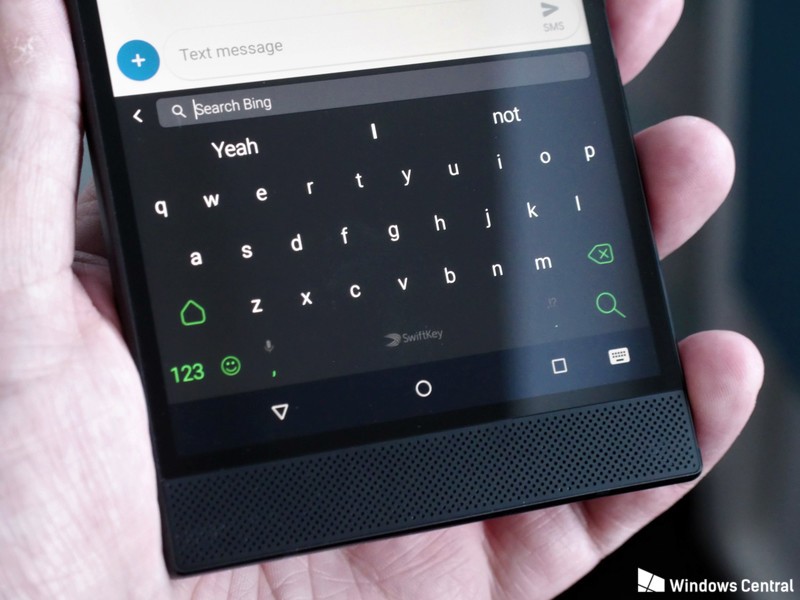 It’s fairly limited right now, but SwiftKey will allow you to search the web without leaving what you’re typing.

Microsoft’s SwiftKey keyboard on Android is getting some added functionality, with integrated Bing search implemented into the latest beta version of the application. Anyone can download it from the Play Store right now and take it for a spin.

In the bar above the word suggestions, you’ll now see a small search box on the left-hand side which, when tapped, slides out and allows you to perform a Bing search. It doesn’t matter which app you’re currently in as you won’t have to leave it. Your search will appear in a pop-up window that covers most of the screen, but you can tap out of the pop-up and back into the compose window easily.

The feature is fairly basic, and not nearly as well-integrated into the keyboard as Gboard’s Google searches, but it certainly has its uses. From the web search which just pops up over your current app you can either share a URL or snap and crop a screenshot to do the same with.

It works pretty well for what it is, and it’s a nice addition to SwiftKey, which is already one of our favorite keyboard apps.

The newest SwiftKey Beta update also adds some language improvements, including a new Arabic layout. If you want to give it a whirl yourself, hit the Play Store and grab it at the link below.