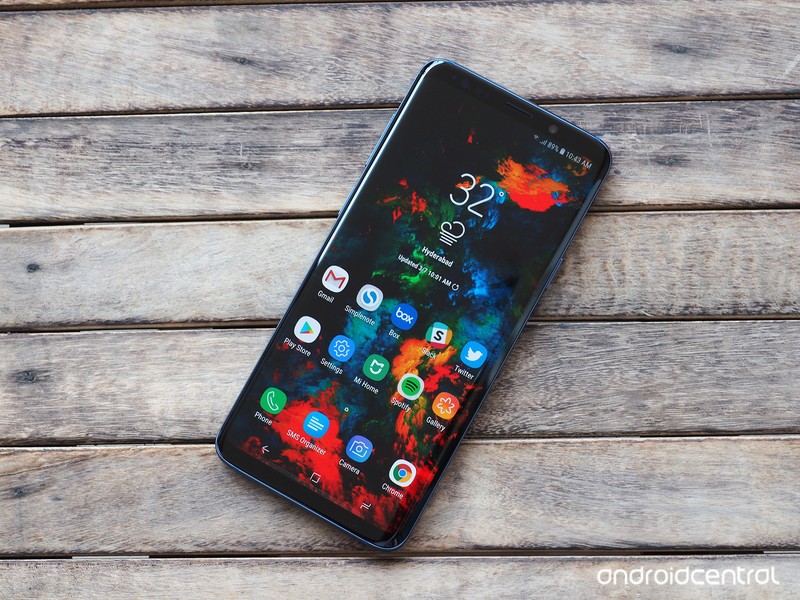 Samsung’s Galaxy S phones always give us something exciting to look forward to at the beginning of each year, and 2019 officially marks the 10-year anniversary of when the first Galaxy S flagship was released.

Similar to what Apple did with the iPhone X, we’re expecting the Galaxy S10 to be truly special. The Galaxy S9 and S8 were both excellent phones, but in honor of such a big anniversary, Samsung will likely pull out all the stops to release a truly special and jaw-dropping gadget.

If you’re ready to learn more about the Galaxy S10 and find out what we could look forward to next February, here’s everything you need to know.

It’s been a hot minute since we had an update on the Galaxy S10, but that’s changing today thanks to a series of tweets from trustworthy Samsung tipster Ice Universe.

Yes, the S10 cancels the iris sensor and the ultrasonic fingerprint is enough to replace it.

As you can see from the above tweet, Samsung will apparently completely drop iris scanning on the Galaxy S10 and instead have its ultrasonic in-display fingerprint sensor tech be the main form of biometric authentication.

Ice Universe goes on to say that the ultrasonic sensor will be faster than optical in-display sensors like we see on the OnePlus 6T and have a larger surface area (possibly up to 30% of the entire display).

Furthermore, it’s noted that the ultrasonic tech (that’s being sourced from Qualcomm) will be exclusive to Samsung phones for at least half a year.

This year’s Galaxy S lineup is expected to be one of the biggest ever with three different S10 models being released at the same time, but according to a new report from The Bell, that could be changing next year.

For the past couple of years, Samsung’s released one regular Galaxy S phone and then a larger Plus model alongside it. That’ll continue with the S10 series, but after that, it’s said that Samsung will simply get rid of the Plus variant as it already overlaps the Galaxy Note line so much.

This move is reportedly being made to “defeat profitability deterioration caused by the saturation of the smartphone market.”

What’s your take on this?

We’ve already been expecting Samsung to introduce an in-display fingerprint sensor with the S10 series for some time, but thanks to a new report from Ming Chi Kuo at TF Securities, we now have specifics as to what kind of tech will be used for this system.

We expect Samsung will promote the ultrasonic FOD aggressively starting from 2019. Shipments of models equipped with this function are likely to reach 60mn units; specifically, the high-end S10 models.

Furthermore, Kuo goes on to say that this technology will also be present in “the most high-end model of the A series” as well as the Galaxy Note 10.

These ultrasonic sensors are developed by Qualcomm, and unlike optical ones from Synaptics, can even measure things like your heart-rate and current blood flow.

July 6, 2018 — The three S10 models will use a mixture of side-mounted and in-display fingerprint sensors

Late last month, a report came out suggesting that Samsung will release three different models of the Galaxy S10 — including Beyond 0, Beyond 1, and Beyond 2. Now, according to reliable Samsung tipster Ice Universe, we have new details on how the fingerprint sensor situation will be handled.

For Beyond 0, the cheapest of the three models, there will be “side fingerprints. “Although we don’t know for sure, this will likely be similar to the fingerprint sensor found on the Moto Z3 Play. As for the Beyond 1 and Beyond 2, it’s noted that we’ll see in-display fingerprint sensors.

Lastly, Ice Universe also confirms that Beyond 0 and 1 will have dual rear cameras while Beyond 2 will offer a triple camera setup.

Here’s something we weren’t expecting. According to reliable tipster Ice Universe on Twitter, Samsung will announce the Galaxy S10 during Mobile World Congress 2019 in February. While that isn’t out of the ordinary for Galaxy S phones, what Samsung might do just a month earlier is.

In January at CES, we’ll officially be introduced to the long-awaited Galaxy X. This is the foldable phone we’ve been hearing about for years, and should this turn out to be true, this would probably allow Samsung to easily dominate the first half of next year.

June 27, 2018 — ISOCELL Plus technology could result in big camera improvements for the S10

Samsung’s long been one of the top players when it comes to smartphone cameras, and on June 27, the company announced its latest innovation in mobile photography — ISOCELL Plus.

ISOCELL Plus can capture considerably more light than Samsung’s traditional ISOCELL sensors (first introduced in 2013), with Samsung touting as much as 15% greater light sensitivity. Perhaps even more impressive, Samsung notes that ISOCELL Plus “also enables image sensors to equip 0.8-micrometer (µm) and smaller-sized pixels without any loss in performance, making it an optimal solution for developing super-resolution cameras with over 20 megapixels.

It’s not explicitly said that ISOCELL Plus will be present on the Galaxy S10, but I’d be surprised if Samsung didn’t include it on next year’s phone.

What a news dump today turned out to be for Galaxy S10 rumors!

Jumping right into things, a report from The Electronic Times claims that Samsung will launch not one, not two, but three different models of the S10. The most affordable of the bunch, codenamed Beyond 0, will reportedly ship with a 5.8-inch display that’s completely flat. Beyond 1, the mid-tier option, will also use a 5.8-inch screen but feature curves similar to what’s found on the S9.

The star of the show, Beyond 3, will boast a large 6.2-inch curved display and feature three cameras on the back — something we’ve never seen from Samsung before.

As if three different models and a triple camera system wasn’t enough to get you excited, The Bell also reported today that the Galaxy S10 will ditch the iris scanner of the S9 and replace it with a 3D facial-recognition system and in-display fingerprint sensor similar to what we’ve seen from the Vivo X21 and NEX.

How many versions is Samsung going to launch? For the past four years, Samsung’s launched two models of its Galaxy S series:

With the Galaxy S10 in 2019, Samsung is expected to shake-up its formula by releasing three different models at the same time — codenamed Beyond 1, Beyond 2, and Beyond 3.

Beyond 1 and Beyond 2 will be similar to older S flagships with the former having a flat screen while the other has Samsung’s iconic curved display. Beyond 3 is where Samsung’s putting all the marbles, with things like a larger screen and triple camera system on the back.

When will the Galaxy S10 be released?

Perhaps the biggest question on your mind is “When will I be able to buy the Galaxy S10?”.

Save for the Galaxy S8 that was announced at its own special event, Samsung usually unveils its Galaxy S flagship phones during Mobile World Congress each year.

MWC 2019 is scheduled to take place between February 25 and 28 in Barcelona, and there’s a good chance that’s where we’ll get our first look at the S10. To back up this thought, reliable leaker Ice Universe said on July 5 that the S10 will be unveiled at MWC — just a month before the Galaxy X.

As for when you’ll be able to purchase the S10, it should officially launch around two or three weeks from when it’s announced. Should Samsung decide to reveal the phone during MWC, that’d place it with a launch date of around early-March.

How much will the S10 cost?

When it comes to price, that’s where things could get interesting next year.

Samsung’s only ever released one or two variants of its S flagships at a time, such as the S7/S7 Edge, S8/S8 Plus, etc. However, as noted above, the Galaxy S10 series will likely consist of three different phones.

This could result in vastly different pricing across all models, and depending on how you look at things, that’s either a dream come true or a nightmare.

Read more from News
← Can a Google Home stand up to kitchen spills and bathroom sprays?
OnePlus 6T vs. Samsung Galaxy S9+: Which should you buy? →