Should you buy the Acer Chromebook Spin 13? 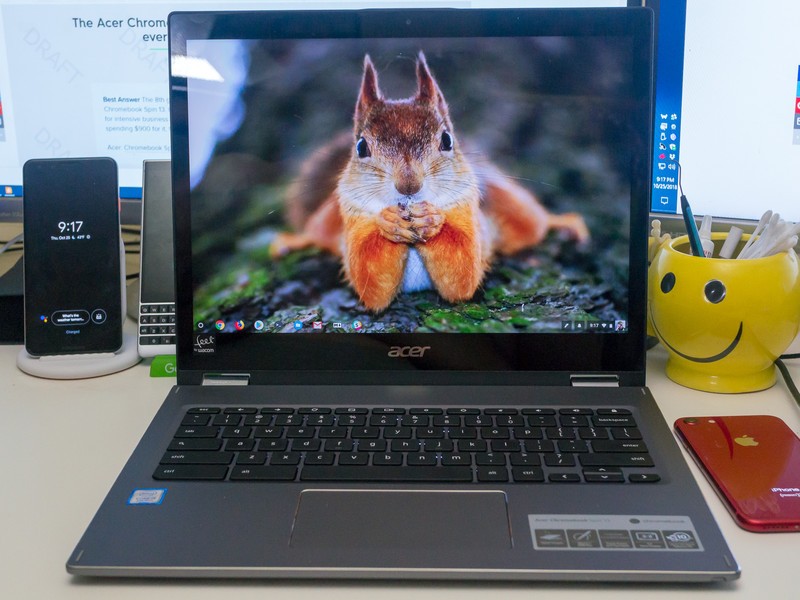 Best Answer The 8th generation Intel Core i5 processor really shows its teeth in the Acer Chromebook Spin 13. If you need a Chromebook that’s beautifully built, powerful enough for intensive business applications (or anything else) and have no qualms about spending $900 for it, this is the Chromebook to buy.

The best Chromebook ever made

I’ve used a lot of Chromebooks. Entry-level models costing under $300, the outrageously overpriced LTE Chromebook Pixel, and everything in between have crossed my desk or lived in my laptop bag, and I have no problem saying that the Acer Chromebook Spin 13 is the best Chromebook built as of October 2018. And at $900 it’s a steal if you need a Chromebook like the Spin 13.

How well it’s built and how good it looks play a part in how it earned this distinction. Everything is aluminum — from the sandblasted finish overall to the brightly polished 360-degree hinges to the keyboard pan and wrist resting area — and it feels absolutely fabulous to hold, and even more fabulous to look at. It has a modern design with attention to small things like the taper of the chassis and diamond-cut edges surrounding the Gorilla-Glass covered trackpad. Even the Wacom EMR stylus slot blends seamlessly into the overall look and feel. If you’re any sort of laptop aficionado, this thing is simply gorgeous to behold.

I have no problem saying that the Acer Chromebook Spin 13 is the best Chromebook built as of October 2018.

When a machine looks this good, it needs to perform equally as well, and the Chromebook Spin 13 overachieves here. At a glance, the specs seem to match other high-end Chromebooks: Core i5 CPU, 8GB of memory, 64GB of storage, and a big, bright 13.5-inch display. The Spin 13 has a trick up its sleeve though, as this is not the Intel Core i5 processor you find in other very attractive and very expensive Chromebooks like Google’s Pixelbook. It’s an entirely different beast and you instantly notice it if you foray into Linux software or intensive web apps.

The Spin 13 is something we’ve never seen before but hopefully will start a trend that other manufacturers follow as more Enterprise-grade Chromebooks become available. 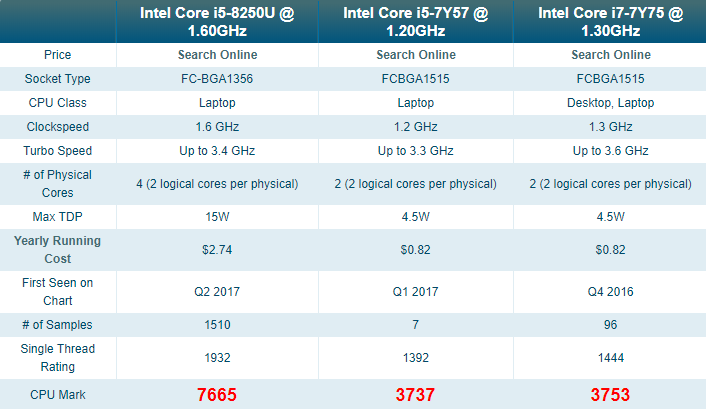 Passmark PerformanceTest results for (left to right) Chromebook Spin 13, Core i5 Pixelbook, Core i7 Pixelbook. A higher total is better.

The Acer Chromebook Spin 13 is one of the first performance laptops to use the 8th generation Intel Core i5 8250U processor. To say this CPU is an improvement over last year’s popular mobile Core 7Y series of processors is a complete understatement. The processor in the Spin 13 is a 15-watt block of silicon and transistors that needs a fan (no worries it’s almost completely silent) and performs like a desktop CPU and not a 4-watt chip that while powerful, was radiant cooled, clocked low, and often throttled. You may have heard people mention the Google Pixelbook and how well it performs at any task — Chrome, Android, or Linux — that is thrown at it. That’s true and the base model Pixelbook is my current laptop of choice. The Chromebook Spin 13 not only destroys even the $1,650 Core i7 model while benchmarking, but it also shows a significant difference in the real world doing something like compiling a few hundred thousand lines of C code or playing a native Linux game like Extreme TuxRacer. The Pixelbook is plenty fast, but the Spin 13 is easily twice as powerful.

As a testament to Intel R&D (as well as frustrating mid-year process refreshes) you’ll still get a solid eight hours of use from the Spin 13 on a single charge. Appropriately-sized 54Wh battery plus Intel power management equals all day use. A fast and sleek Chromebook is no good if it’s a chore to use. Time and time again we see Chromebooks that offer a great performance to price ratio, have the options we need but have a horrible keyboard or a bad trackpad — or both. Not this time.

The Chromebook Spin 13 has a backlit, full-sized, chiclet-style keyboard that isn’t quite as good as what you’ll find on a MacBook or Pixelbook, but still excellent and pleasant to use. Keys have a measurable amount of travel when pressed, bounce back satisfyingly fast, and can keep up with my frantic (and typo-laden) 85 WPM mixture of hunt and peck – Mavis Beacon brand of key-mashing. I type for a living and I’m very picky about keyboards, and I could use the Spin 13 all day, every day.

I also can’t heap enough praise on the trackpad, often another pain-point when it comes to Chromebooks. It’s large, covered with ice-smooth polished Gorilla Glass, and handles Chrome’s click anywhere and gestures perfectly. After a few inadvertent taps, because it is so responsive, I was scrolling and flicking naturally. The trackpad here is every bit as good as what you’ll find on a Pixelbook or MacBook. The display is breathtaking. It’s a 13.5-inch extra-bright backlit IPS LCD at 2256×1504 resolution with a 3:2 aspect ratio. Ten-finger multitouch and Wacom EMR are both integrated, so whether you use your fingers or the included stylus, you’ll get a fluid response. It’s also close to perfect when it comes to color reproduction and has an ultra-wide 170-degree viewing angle. If you’re not into specs, that translates into a large, ultra-high resolution display that’s nice and tall, easy to see from any angle, and looks incredible while watching a video or even working on a spreadsheet.

Other features are an integrated SD card slot, USB A and Type-C ports, a hardware-based Trusted Platform Management security solution, 802.11 a/b/g/n/ac 2×2 MIMO Wi-Fi, Bluetooth 4.2, and an integrated 720p HDR webcam. Everything you want is there, and it’s all high-quality materials and components. For an average consumer the Spin 13 is just too much of what you really don’t need.

The Chromebook Spin 13 was designed to be the next-generation of Enterprise laptop. Acer makes a point that it’s perfect for applications like Citrix or HealthCast, and DaaS solutions like Cameyo allow the use of a business’ legacy applications on Chrome OS. You **need* plenty of horsepower to manage this and the Spin 13 has it in spades. Combined with the security and ease-of-management that comes with a Chromebook, I’m sold and think this is the perfect laptop for any business, big or small.

It’s also a great tool for developers who need something with computational power that can travel to a factory floor at General Motors or just to Starbucks, and you’ll appreciate the speed of an unthrottled true quad-core CPU while compiling code or running simulations. I look at my old ThinkPad from another life and can only wish the Spin 13 was available back then.

However, for an average consumer, like the majority of people reading this, the Spin 13 is just too much of what you really don’t need. Sure, you could enable Linux support, install a VM manager through the package manager, or install your Steam library and play every game that doesn’t require a powerful gaming graphics card, but most of us won’t. For those that will, you may be better served by buying an actual Windows laptop or a mid-range gaming desktop with that $900.

For the right person, the Acer Chromebook Spin is the right laptop at the right price. But most of us aren’t that person. The best Chromebook ever built

The sleek and modern aluminum design, attention to detail, and 8th generation Intel Core-i5 processor make the Chromebook Spin 13 a joy to look at and use. The $900 price tag makes it a specialty machine for people who actually need the power inside it.

Read more from News
← OnePlus 6T review: 90% of the phone for 60% of the price
AMD’s new Threadripper 2 CPUs offer improved performance at a discounted price →