Well, we’re here. After months of leaks, rumors, and statements, OnePlus has finally taken the veil off the OnePlus 6T. I’ve only been using the device since the evening of October 24, so I don’t feel comfortable delivering a complete OnePlus 6T review quite yet. That being said, I think a few days is more than enough time to deliver my first impressions, so here they all in all their glory. But first, let’s look at the essential details you should know.

As soon as you hold the OnePlus 6T in your hand, you’ll notice it’s a bit thicker than the OnePlus 6, to make room for a bigger battery. OnePlus has also changed the curve of the phone to be more defined, and I was told this was done to make it fit in your palm better.

The battery is now 3,700mAh, which isn’t the most massive battery we’ve seen, but man, does it pack a punch. I got 7-8 hours of screen-on time on this device, topping off at 8 hours and 8 minutes with 5 percent battery remaining. This is probably the best battery life I’ve ever seen in an Android smartphone, proving that battery capacity doesn’t tell the whole story. OxygenOS is extremely lightweight as it is, which is likely why the battery life is so great. 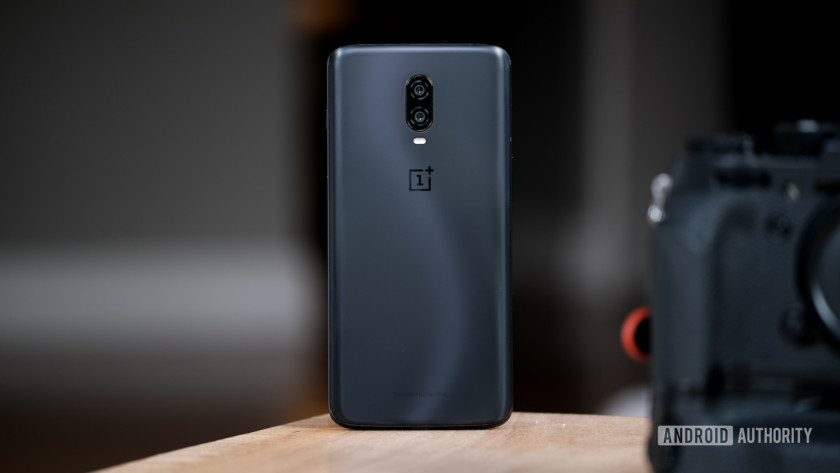 OnePlus has removed the rear-facing fingerprint reader on the 6T, switching to a new in-screen optical solution. This leaves the rear of the phone looking fairly clean overall, but I really didn’t mind the fingerprint reader in the first place – I loved it on the back of the OnePlus 6. You’ll find the dual camera lenses in the same position as before, seated atop the OnePlus emblem in the center of the device. The cameras are also less extruded than the OnePlus 6 due to the OnePlus 6T’s increased thickness. The back of the device uses the newer Gorilla Glass 6 from Corning.

New phones get launched every month of the year, but it looks like the October 2018 smartphones are going to be something else. Not only are we seeing six major launches in the span of …

The cameras are 16 and 20MP f/1.7 sensors just like they were on the OnePlus 6, and image quality seems extremely similar. The main 16MP shooter has OIS and EIS. The big changes here are the new Nightscape Mode, as well as new studio lighting modes. The OnePlus 6T can also shoot 4K 60fps video and shoot 1080p at 240fps and 720p at 480fps. 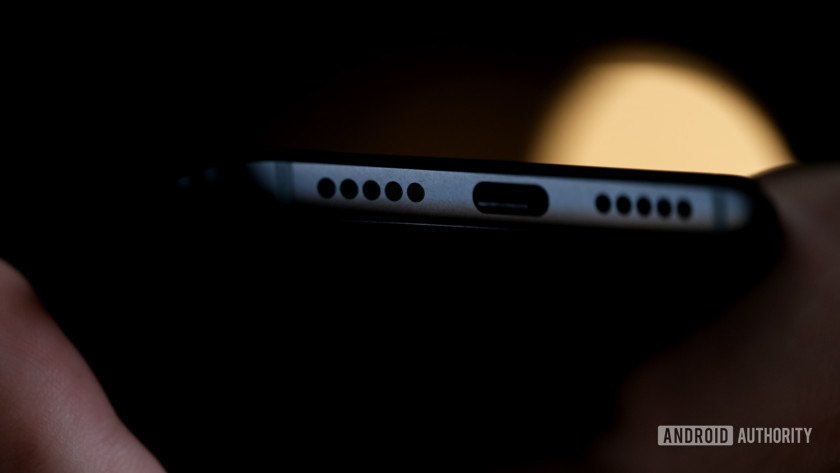 The ports and buttons are seated in roughly the same positions as on the OnePlus 6. The power button on the side is now slightly more centered, and the headphone jack on the bottom has been replaced with a faux speaker grille to match the grille on the left side of the device. OnePlus says it has used the extra space from the missing headphone jack to increase the size of the resonance chamber.

The front of the device is where you’ll see the biggest difference. The notch from the OnePlus 6 has been shrunk to leave a smaller “teardrop” notch for the front-facing 16MP f/2 camera. The earpiece has been shifted up into the frame of the device in the form of a thin slit. The result is a larger 6.41-inch AMOLED display with an aspect ratio of 19.5.9 and a resolution of 2340 x 1080. The brightness has been increased compared to the OnePlus 6 for better viewing.

The biggest change in this display is the addition of a new in-screen fingerprint reader. OnePlus says this is the fastest reader in the industry, unlocking the phone in just 0.34 seconds. In my time with it, I found it to be quite a bit slower than that, taking considerably longer than the Huawei Mate 20 Pro to unlock the device. It isn’t slow by any means, but it is noticeably slower than Huawei’s solution. 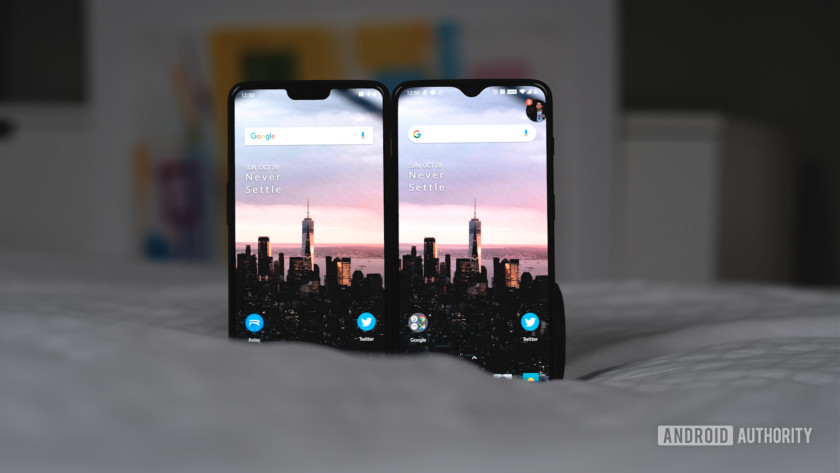 On the software front, the OnePlus 6T comes with Android 9.0 Pie, with some updated navigation gestures that remind me a lot of the iPhone, and that’s not a bad thing. The company has also updated Gaming Mode to introduce floating notifications so you can see your notifications at a glance.

Smart Boost is a new software feature in the OnePlus 6T that stores app data in memory to improve cold boot times. OnePlus says this should increase app launch times by 5 to 20 percent, playing into the “Fast and Smooth” initiative OnePlus tries to implement into their devices. 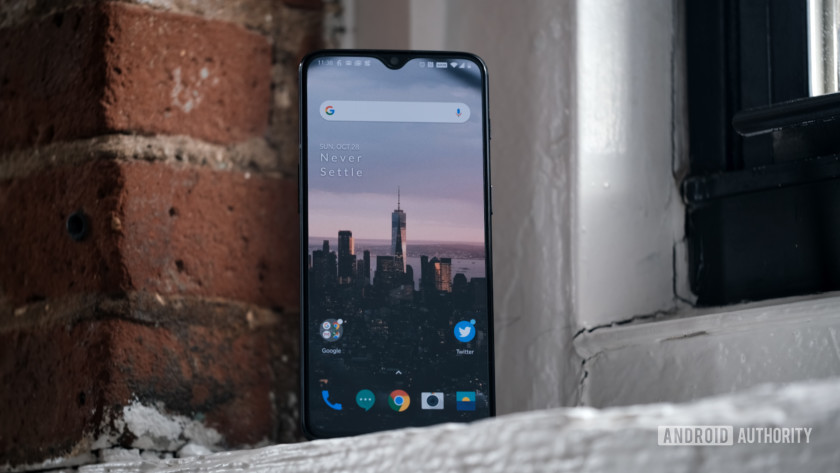 The OnePlus 6T is running the same Qualcomm Snapdragon 845 chipset as the OnePlus 6 and will be available in 6/128GB, 8/128GB, and 8/256GB RAM/storage variants for $549, $579, and $629 respectively. While the price of the base model has been increased by $20, you’re also getting twice as much storage space compared to the OnePlus 6. The other variants will cost the same as the OnePlus 6.

In quite a monumental move for the company, the OnePlus 6T will be sold at T-Mobile stores in the 8/128GB variant. Customers can pick up the device at the T-Mobile popup store in New York’s Times Square today at 6 PM, but otherwise, you’ll be able to order it November 1. The OnePlus 6T is also officially certified to work on Verizon Wireless, though you’ll need to buy it from OnePlus directly or pay off the device in full from T-Mobile. 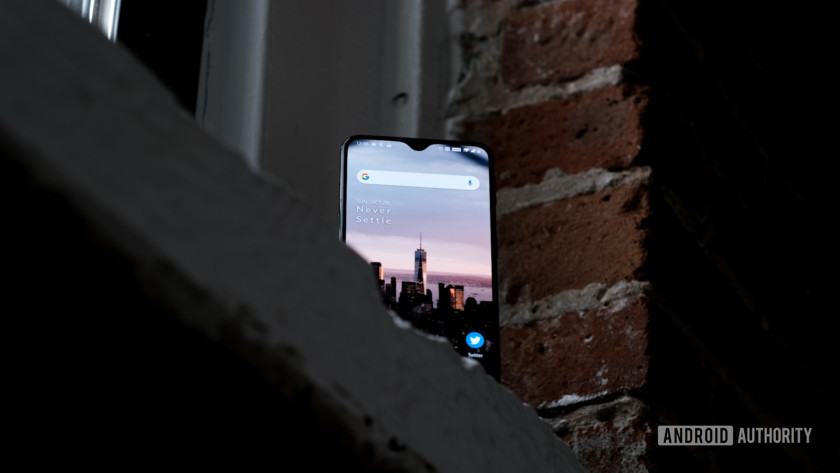 So those are the hard facts, but here’s how the OnePlus 6T actually feels in daily use.

I am not a huge fan of the added thickness and new shape of the device compared to the OnePlus 6. While it’s not extreme, it definitely gives the 6T a more rounded feel, which I usually associate with budget devices. That being said, the battery life is amazing. The OnePlus 6 didn’t have bad battery life at all, topping out at about six and a half hours, but the OnePlus 6T breaking eight hours is incredible to me.

While I didn’t mind the notch on the OnePlus 6 due to its small size, the teardrop notch is definitely better when watching expanded media. Watching something like YouTube with only a small portion cut off is appreciated, though it wasn’t that bad on the OnePlus 6 either. 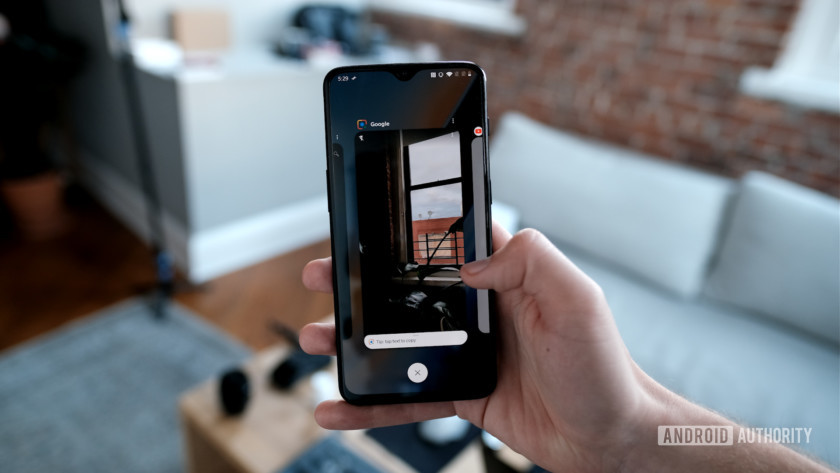 So the question is, should you switch?

Pocophone F1 vs OnePlus 6: Can Pocophone steal the crown?

We’ve done plenty of versus features in the past, but this one feels like a real grudge match: The Pocophone F1 vs. the OnePlus 6.

This is such an epic showdown because in many ways Pocophone …

At effectively the same price as the OnePlus 6, I see the OnePlus 6T as a horizontal option for users. Personally, I don’t think the in-screen fingerprint reader, smaller notch and bigger battery are worth it over the flatter design and headphone jack found on the OnePlus 6. If you’re already a OnePlus 6 user, skip the 6T. You’ll get much more bang for your buck by waiting for the OnePlus 7 or even the OnePlus 7T. 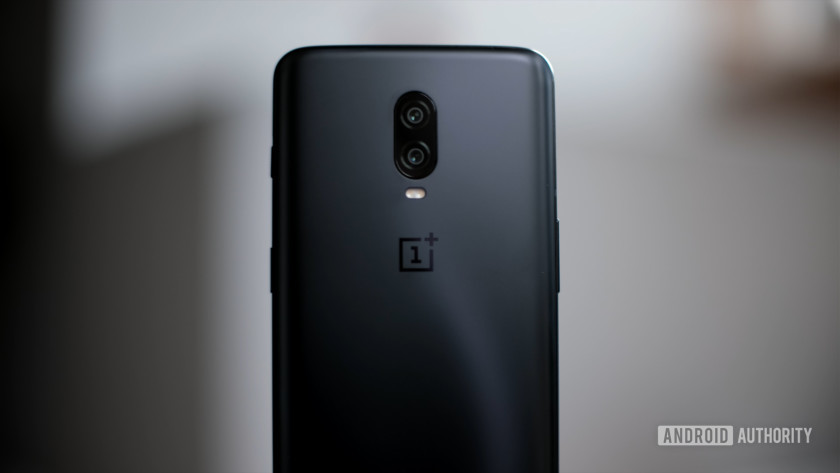 If you don’t own a OnePlus 6 but you want to join the OnePlus family, the decision between the OnePlus 6 and 6T is a difficult trade-off. If you absolutely want a headphone jack and like flatter designs better, get the OnePlus 6. It is still one of my favorite Android phones of all time, and I love how it looks and feels in my hand.

I see the OnePlus 6T as a horizontal option for users

If you’re already a wireless headphones user and want a bigger battery and some cutting edge tech in the form of an in-screen fingerprint reader, the 6T could be for you. It’s still hard to beat OnePlus in the pricing category, even as the cost of its phones has gone up over time. You definitely won’t be disappointed by this device.

What are your thoughts on the phone? Is this device worth it over the OnePlus 6? Let us know.