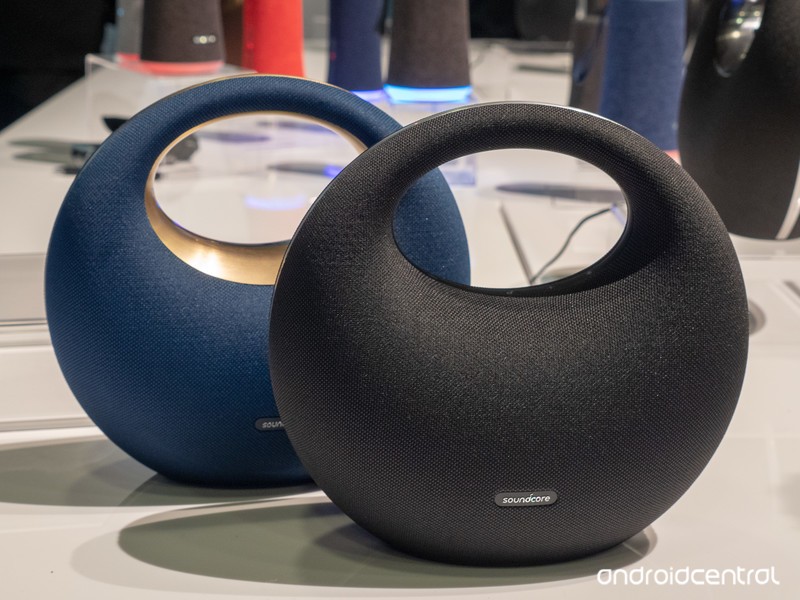 Anker is known for its range of excellent mobile charging products, but the company has expanded beyond providing power in recent years with its Nebula, Eufy and SoundCore brands. At a launch event in New York, the company announced new products across its range of brands that it hopes will persuade you to part with your hard earned money this holiday season.

The PowerPort Atom PD is a compact USB-C enabled wall charger supporting 27W Power Delivery. Compared to most other Power Delivery chargers, this is smaller than stock smartphone chargers, but is capable of delivering enough power to fast charge every smartphone and even keep some laptops powered. It’s sleek, stylish and works extremely well; at a cost of $29.99, it’s ideal for throwing in your bag when you head on vacation.

The small size of the PowerPort Atom PD makes this stand out. It’s smaller than the stock charger included in the box of the Pixel 3, yet much more powerful and for most smartphone users – in particular, those who need more power than Apple includes by default with the iPhone – this will be the go-to wall charger.

A good pico projector made better

The Nebula Capsule II is the follow-up to the company’s successful Nebula pico projector and brings a host of new features including Android TV, Google Assistant and Improved audio. The Nebula Capsule II features the same soda-can inspired design as the original Capsule with 720p HD output and runs on the latest version of Android TV. Other notable features include 1-second autofocus, 8W speakers and USB-C.

The soda-can inspired design results in a sleek pico projector that looks great and will be a tasteful addition to any home. There are just a few buttons, which blend into the stylish grill design. It’s small and sleek, yet powerful and has a range of features making it one of the most capable pico projectors on the market. The addition of Android TV especially means the Nebula Capsule II has access to all the apps you need.

The Model Zero+ is the more capable of the two speakers but both feature a stylish design that reminds me of a handbag. They’re designed to be easy to pick-up and carry, and the key difference between them is in the style. The Model Zero+ comes in a range of colors and features a metal finish near the handle, with a slider used to change the volume. The Model Zero features actual buttons and this area is the only way to easily differentiate between the two speakers.

What do you think of Anker’s new announcements? Let us know your views in the comments below!

Read more from News
← Tune in to Android Central’s OnePlus 6T AMA on Twitter today!
Scaring people is a treat with these smart home tricks →