The new mission at Amazon is quality, and I am here for it. 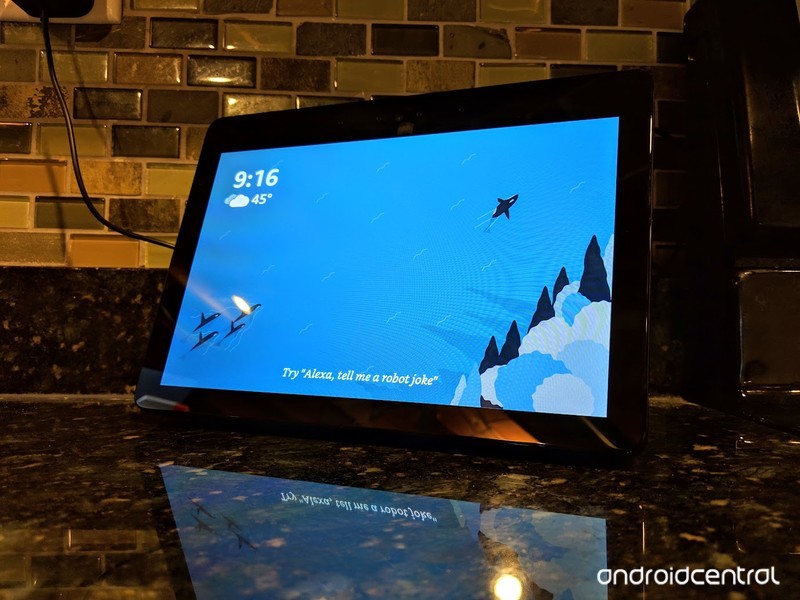 There’s no nice way to say this — the original Amazon Echo Show isn’t enjoyable to use. The screen is at an odd angle, in addition to being small and easily washed out by direct sunlight. The speaker is loud, but doesn’t sound all the great. And at its launch, it wasn’t entirely clear what Amazon wanted the Echo Show to actually do.

Over a year has passed, and among the wave of Alexa-enabled gadgets Amazon recently announced is a refreshed Echo Show. This second generation is bigger, better, and like the other Echo products released this generation has a significant focus on audio quality. And while bigger isn’t always better, especially when it comes to something you want to stick in a space-constrained kitchen or living room, in this case Amazon seems to have done a lot of things right. 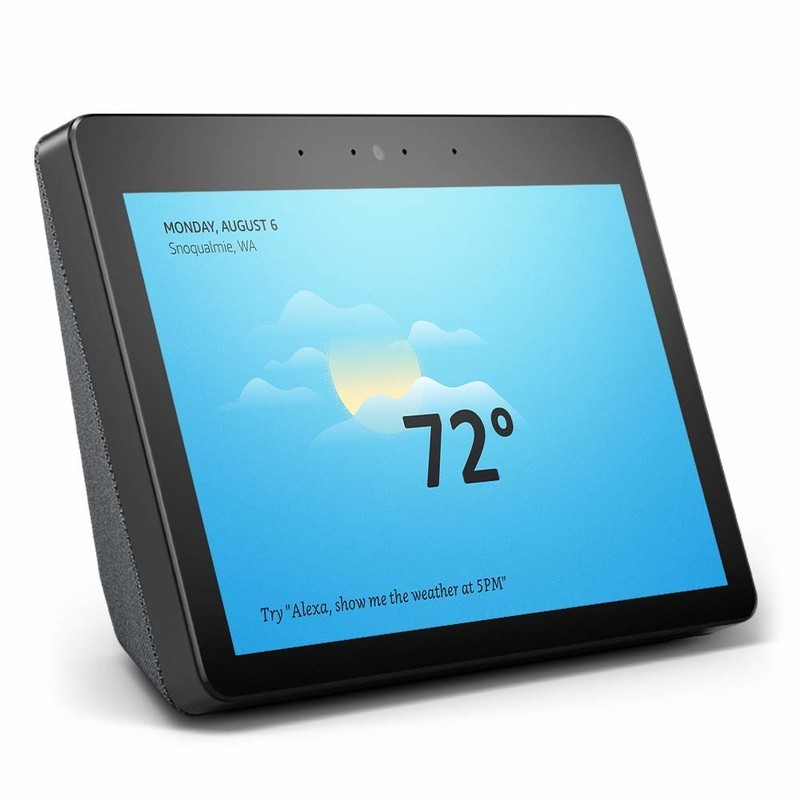 An improvement in every way

With its killer speakers and huge display, Amazon’s new smart display is ready to show you a good time. Provided, of course, you know the magic words. 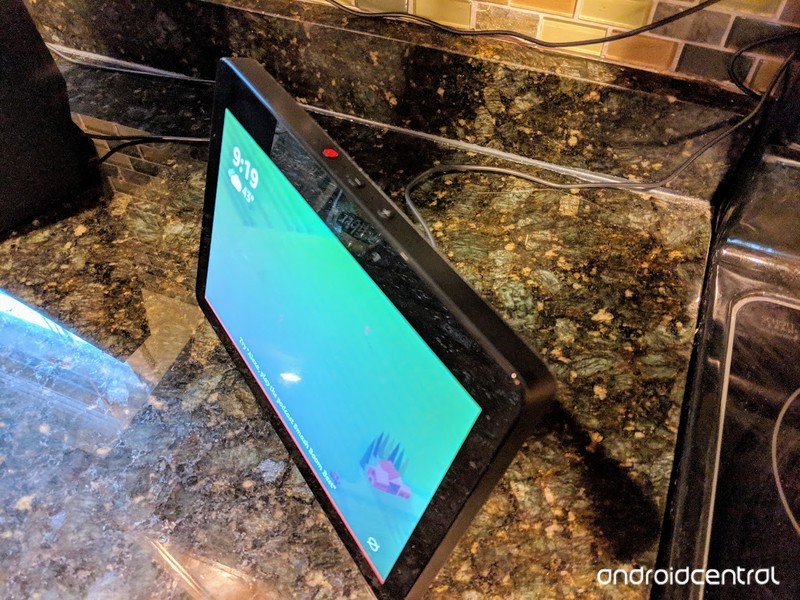 I don’t know if Amazon’s hardware team has been listening to me complain about the Echo Show through its microphones to compile a list of improvements, but it sure feels like it. For starters, this Echo Show has its own Zigbee hub built in, so I can connect smart home things directly to it, instead of having a different hub installed elsewhere. Over time, Amazon hopes to have a whole suite of devices designed specifically to function through this hub, which is exactly the kind of future-proofing I want. This should be good enough that I don’t feel the need to upgrade to the next generation right away, and I think that’s what we have here.

Amazon is quickly becoming the golden standard with its speaker quality this year, which has been a lot of fun to explore.

This new model addresses every single concern I’ve had with the original smart display. The screen is an impressive 10.1 inches in a significantly smaller profile than the Lenovo Smart Display. It’s noticeably brighter too, and the angle is just slightly bent forward compared to the original Echo Show to address the glare I would frequently get from overhead lights. While this wasn’t really a problem on the original, the decreased bezels on this new Echo Show are nice, too, with the largest section being up top where the microphones and cameras are.

The star of the Show is, like all of the other Echo devices this year, the speaker. The rear-firing Echo Show 2nd generation speakers are incredible. Not only are they nice and loud, but you get lots of bass. Given the size of the speaker, it’s a surprising volume and a surprisingly high quality. I can watch shows on Prime Instant Video with no problem while making lots of noise cooking in the kitchen, and when I’m in the living room I can play music and feel like the speakers are filling more than one room. Amazon is quickly becoming the golden standard with its speaker quality this year, which has been a lot of fun to explore. 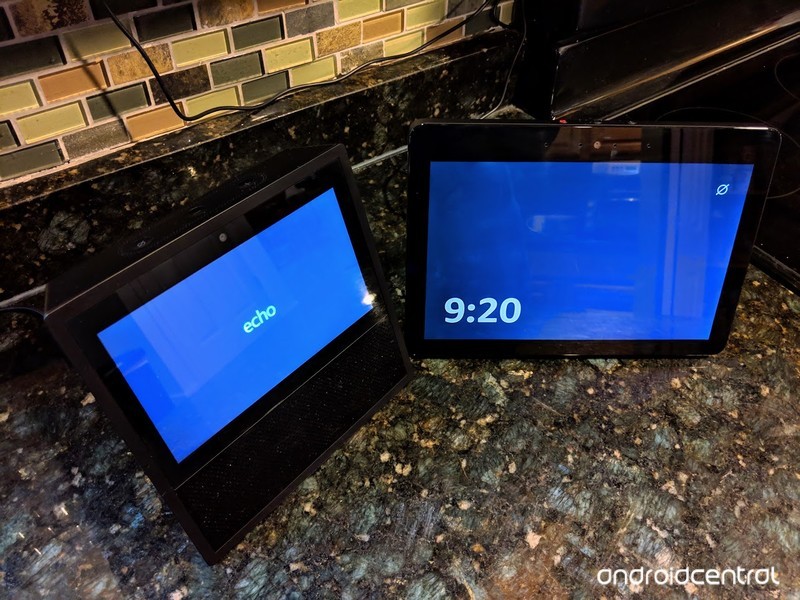 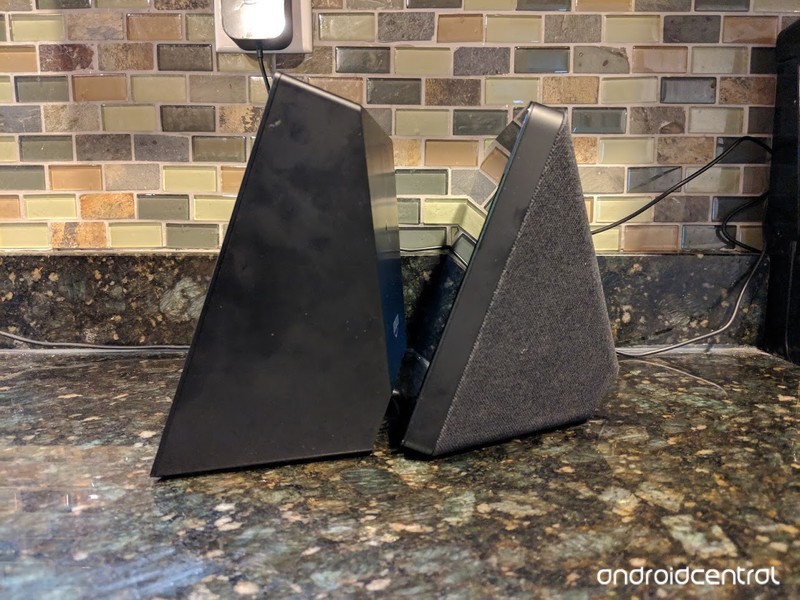 Because I’ve been using the original Echo Show for a year now, there was no learning curve with this new model. The software is as close to exactly the same as you can get, which is impressive. The Alexa app is much better at detecting these new Echo models, so finding the new Echo Show and setting it up with my preferences and on my network was a breeze. Amazon is getting very good at making it so I can add devices with ridiculous ease, which is great for everyone.

This is kind of a small thing, but the fabric back of the speaker is really nice as well. This is the same fabric used on all of the other Echo speakers, but on the new Echo Show it makes moving what is otherwise a slab of glass and plastic way easier because the fabric provides grip. Not only does it make the Echo Show feel more like the rest of the Echo line, but it’s functional. And I dig it. 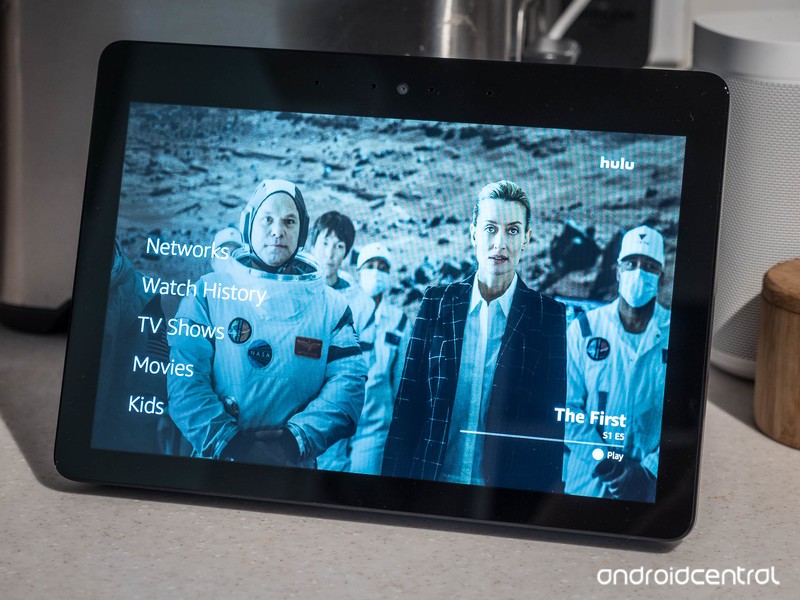 Amazon Echo Show (2nd Gen): What I don’t like

I now have two displays in my house with Alexa-powered brains, but Alexa still isn’t display-friendly. That’s kind of weird, given how much lead time Amazon had over the competition. Lots of the most popular Amazon skills still do nothing with the display, even a handful of the cooking skills. There’s still not a lot of control over what gets displayed on the Echo Show when it’s not in use, the things Amazon chooses to show me as “news” is still a weird situation. This is a really good Amazon Echo, but the Show part of this experience feels a little lacking next to the Google Home Hub experience.

I wish this big beautiful touch screen let me do more with my fingers.

The one place this is particularly apparent is when I’m streaming video. Amazon’s options are a bit limited thanks to its long-standing spat with Google, but even its own services struggle. I can’t say “Alexa, play the next episode of The Man in the High Castle” and have it pick up where I left off, even if I was watching on that Echo Show earlier in the day. I have to specifically give the season and episode number I want to watch, if I want it to start playing right away. In general, using this Echo Show for video while I cook is not as convenient as it should be. Which sucks, because it’s actually enjoyable to use for that.

Finally, I wish this big beautiful touch screen let me do more with my fingers. I like being able to swipe down on the screen to handle Smart Home things like light bulbs when I don’t want to speak to control them, but there’s just about where the touch functionality ends on this thing. I can swipe through the carousel of “news” stories, but can’t really do anything with those items unless I follow the command the display gives me. I have this great big display with all of this extra space now, but it feels terribly underutilized by the software. Hopefully, that changes in the not-too-distant future. 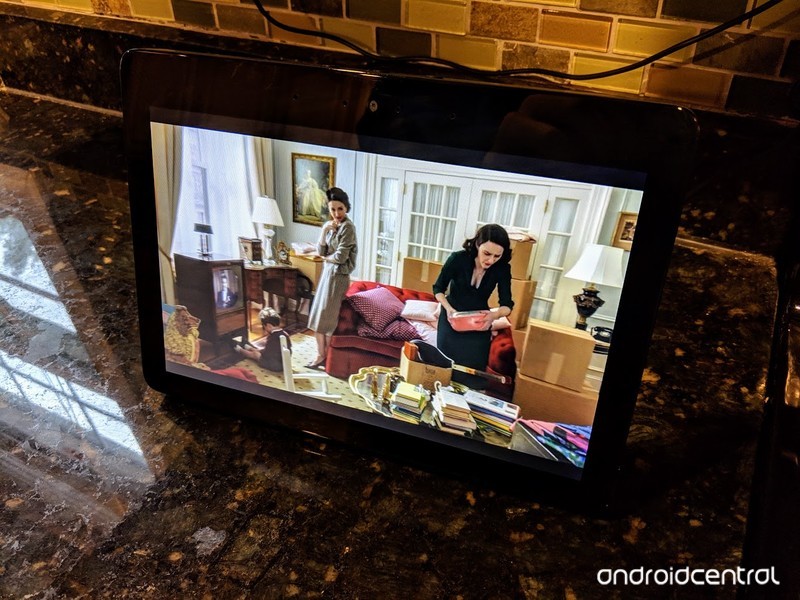 Amazon Echo Show (2nd gen): Should you buy it?

If you’re already a part of the Alexa ecosystem, you’re going to love this new Echo Show. It sounds so nice, and Amazon’s track record of improving the Alexa experience speaks for itself. This experience will be way better than it is right now in a matter of months, and that progress won’t slow anytime soon. It’s a quality kitchen companion, and a solid home hub if that’s what you need.

But if you’re not a part of the Alexa ecosystem already, I’m not sure I’d recommend this as your starting point. For starters, the Echo Dot 3rd Gen gen is way cheaper and very nice as a starter speaker. But the software for this display is currently way outclassed by the considerably less expensive Google Home Hub, making it difficult to recommend this new Echo Show if you’re not already deep in the Amazon game.

More than anything, I’m excited by the direction Amazon is going with its audio quality. You can pair an Amazon Echo Sub to this thing, which I wasn’t able to do but I bet it’s incredible.

Read more from News
← Do you use Wi-Fi calling on your phone?
RED Hydrogen One review: The cinephile’s dream phone … some day →