iFixit Gives Us a Peek Inside iPhone XR With New Teardown

Apple’s new lower-cost flagship smartphone, the iPhone XR, launched today, and iFixit picked up one of the new devices to take it apart for one of the site’s traditional teardowns that are designed to give us a peek inside Apple hardware.

An x-ray provided by Creative Electron offers a look inside the fully assembled iPhone, showing where each component is located.

In fact, the SIM tray in the iPhone XR is modular, which is a first for an iPhone. iFixit says that this will allow for faster swapping of a dead SIM reader and a reduction in cost when replacing the logic board.

iFixit says that it’s not entirely clear where the iPhone XS got its extra IP-68 water resistance from, given the fact that opening the XR and the XS is similar. 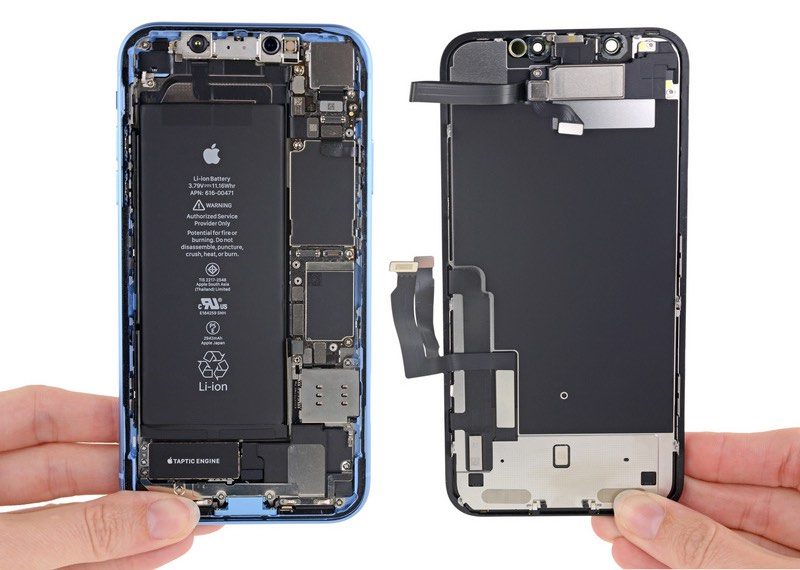 iFixit is doing its iPhone XR teardown live, and it’s still in progress. We’ll add additional information to this post as iFixit proceeds through the iPhone XR’s disassembly.