We’ve seen plenty of iPhone XR reviews from media sites that Apple invited to test the new device ahead of its release, but now that the iPhone XR has officially launched in all countries around the world, iPhone XR first impressions from regular Apple customers are now available.

New iPhone XR owners on Reddit, Twitter, and the MacRumors forums have been sharing their opinions on the new device, and for those considering a purchase, thoughts from average consumers provide useful insight.

MacRumors reader Kendo warned that the iPhone XR isn’t a middle ground between the XS and the XS Max due to the size of the device’s bezels. If you wanted the iPhone XR because the iPhone XS Max was too big, you may still be unhappy with the size.

Because the bezels are one mm thicker (two if you include both sides) and with the 6.1″ screen, the width is pretty much identical to the XS Max. It is only a little shorter but also significantly thicker. I was originally in the market for a slightly bigger phone than the XS and a slightly smaller phone than the Max (the cheaper price was just icing on the cake). However because the width is essentially the same, you are better off just getting a Max if money wasn’t a concern and you only wanted an “in between” size between the XS and the Max. If you’re going to handle a bulky phone anyway, you might as well get the bigger screen on the Max since the width and weight are really similar to the XR.

MacRumors reader tks900 said that he’s having second thoughts about his iPhone XR due to its size compared to the iPhone 6s even though the display is gorgeous. 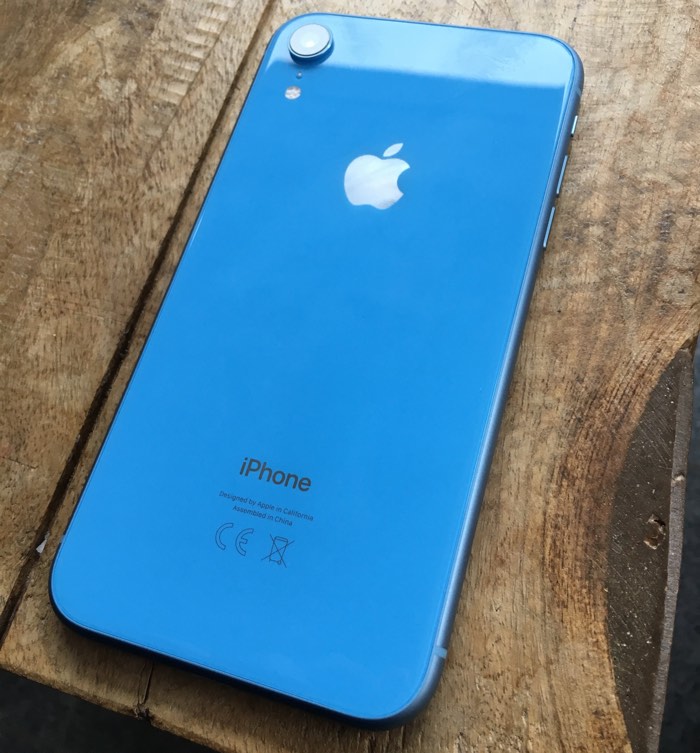 However: It’s quite big. And heavy. Coming from the 6S, this is a really different animal. I have large hands and am used to handle my phone with one hand. Impossible with the XR. This bulkiness of this thing becomes even more obvious when I use it with a case. I know many people won’t, but to me, the phone is just too slippery without a case and actually even harder to handle.

Redditor Meerkatch said the iPhone XR feels like a toy version of the iPhone XS due to the bezel size.

The bezels on the sides are noticeably big in real life, the bezels are like how a glass screen protector is on an iPhone 6, but the screen protector is the actual screen of the phone excluding the home button and the camera and including a notch (if that makes sense). I wouldn’t say it’s enough justification to get the Xs. I felt like it’s a toy version of the Xs for some reason, it feels like an Apple Watch Sport compared to the Apple Watch Edition (Xs).

Redditor downwardCorgi said that the red color is brighter than blood red and that the bezels aren’t noticeable. Using it one handed in some situations is difficult, he says. 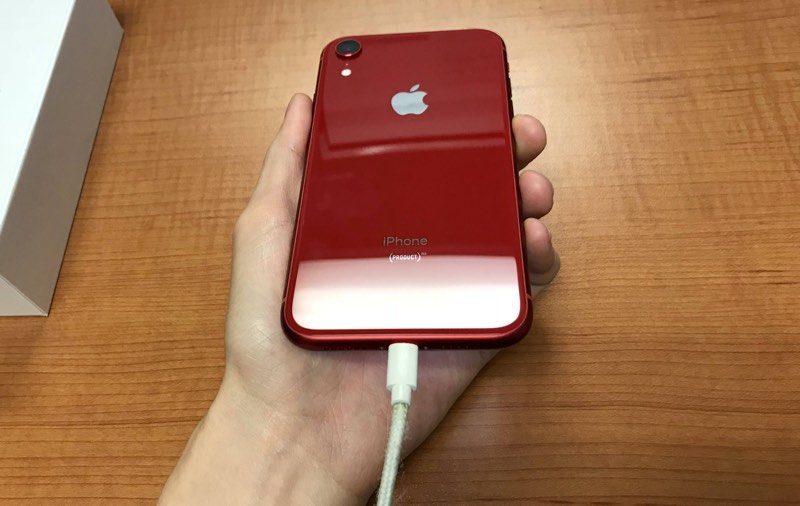 It is a slightly darker shade than a typical rainbow flag red. It’s maybe slightly brighter than actual blood red. And yeah now that everything is rounded, it’s kinda cute. If the display was small the same bezels would look larger, but the phone itself is already big, you just look at the content on the screen, not the bezels.

Reaching top is fine if you use reachability. It’s another step but I think it’s a fine compromise. Reaching the left edge with the right hand thumb to go back to the previous page is kinda hard but it’s possible. So in short, vertically it’s fine if you use reachability, it’s quick and easy, horizontally, reaching all the way to the other side with a thumb is a bit hard when one-handed. When using with just left hand, probably not as much an issue cause I don’t think there’s gestures to swipe from the right edge. But typing with one hand still is hard due to the horizontal length.

MacRumors reader c.s. pointed out that the iPhone XR is much easier to grip than older aluminum iPhones, for customers who are coming from an iPhone 7 or earlier.

Just picked up an iPhone XR at the Apple store to replace my iPhone 7. No line at noon, it was an easy buying experience. I’ve always used the Apple leather case on my 7, and I was pleasantly surprised when handling the XR. My 7 always felt slippery when out of the case, but the XR is much more grippy to me. In fact, I’m opting to go caseless and just got AppleCare in case I regret that decision.

I’ve got my iPhone xr setting up right now. First thing I liked, even though it’s heavier it doesn’t feel as heavy as the 7 plus. First thing I don’t like, the bevel around the screen is pretty thick.

On the iPhone XR’s Display

Redditor 3mbersea shared images of the iPhone XR and iPhone XS Max screens side by side in portrait and landscape mode. 3mbersea says there’s a “big difference” in screen quality when watching high quality videos, but not in regular use. 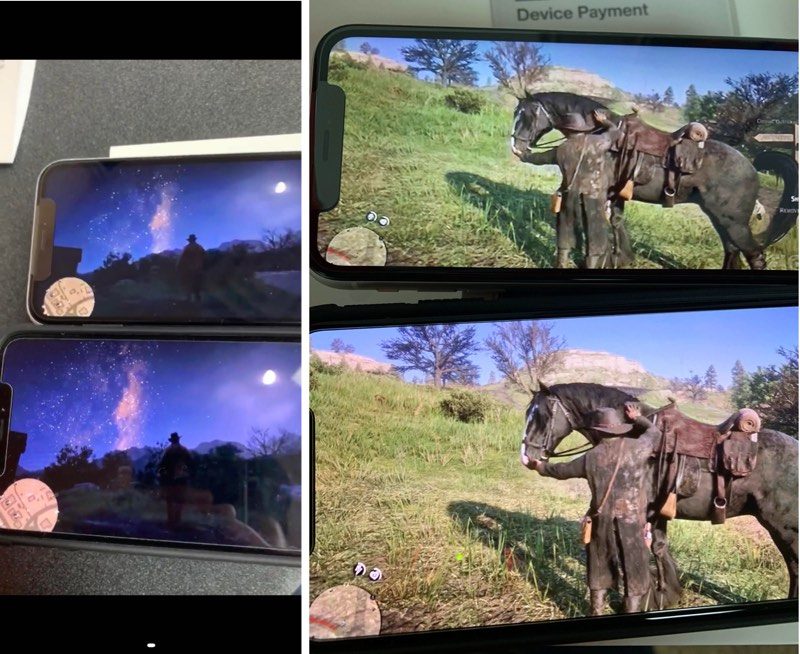 MacRumors reader Nitefly shared some details on the display of the iPhone XR, pointing out that there’s some color shifting, but it’s slight.

I am posting this from an XR. Phhwooooar what a phone!

In other words, the colour shift is slight in a generous viewing field. At extreme angles, ones you couldn’t even watch TV shows from, it is more pronounced. I’d say the screen dimming is more obvious than the colour shifting. Likewise, it’s really quite immaterial.

My god, the camera is ace. Also, I viewed this screen right next to an XS and could not see a difference in sharpness at a sensible, ‘phone using’ distance.

Redditor MonstersUGrad98 confirms that the XR uses the same iOS layout as Plus-sized iPhones, showing a two-column split view in apps like Messages and Mail.

MacRumors reader gig090 said that the iPhone XR’s display resolution is “fine” and nothing that you need to worry about, even compared to the XS. The bezels, though, are “a little bit too fat” in comparison to the iPhone XS.

Got my iPhone XR a few hours ago. Very happy with it so far. A big upgrade. The display comments were highly exaggerated – it looks beautiful. Great job @Apple

MacRumors reader sjperformance said the LCD display is great, but he prefers the smaller bezels of the XS and XS Max. 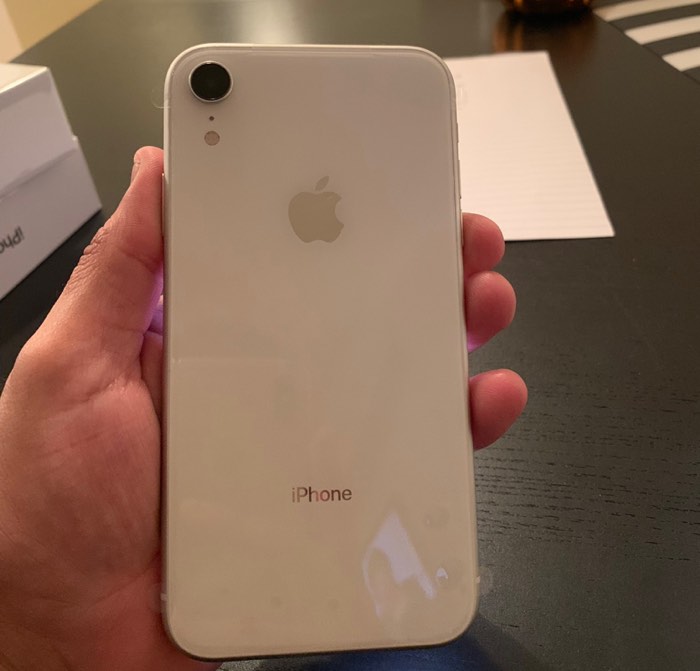 Overall good LCD display. Probably best LCD display on an iPhone. The Max a little bit taller. Width is about the same. Weight is good on this XR too. Now the bezels…I don’t like them but it’s ok. Prefer the smaller thinner bezels of the OLED displays.

On the A12 Bionic Processor

Redditor imagineJack, who came to the iPhone XR from Android, says it’s super fast and responsive.

The phone is extremely snappy, fast and responsive. Every app I’m opening stays in memory for ages. (Not sure if this is just a general iOS 12 thing but it’s great.) The speakers are great, the camera is great.

iPhone XR first impressions: It’s a bit too big, but I think I’ll get used to it. FaceID is amazing, speed is amazing, screen is amazing, camera is amazing. It’s all amazing. Battery life is excellent too. Now I just have to not drop it!

Have a new iPhone XR? Feel free to share your first impressions and your photos in the comments below.