Slider phones are back and I couldn’t be happier. Nothing beats that satisfying snap as the phone clicks back into place. Xiaomi has updated the form factor for 2018 though, with a large bezel-free display, four cameras and premium ceramic build material. This is our Xiaomi Mi Mix 3 hands-on.

What strikes you when you see the Mi Mix 3 is its screen. A 6.39-inch Full HD+ AMOLED panel from Samsung with 19.5:9 aspect ratio and 600-nit peak brightness occupies 93.4 percent of the phone. There’s no notch and only the smallest chin beneath the screen, which is covered in Gorilla Glass 5. You can enable an always-on display in the settings and you can adjust the color temperature of the display.

The Xiaomi Mi Mix 3 delivers a 6.39-inch AMOLED display with 93.4% screen-to-body ratio and no notch.

Pick up the Mi Mix 3 and the first thing you’ll notice is its weight; it is easily among the heaviest phones I’ve ever used. At 218 grams, it’s 10 percent heavier than either the Vivo Nex (199 grams) or the Galaxy Note 9 (201 grams). The Mi Mix 3 is a little slimmer and shorter than the Note 9, but has a more aggressive curve on the ceramic back panel so it feels a little less “edgy.” 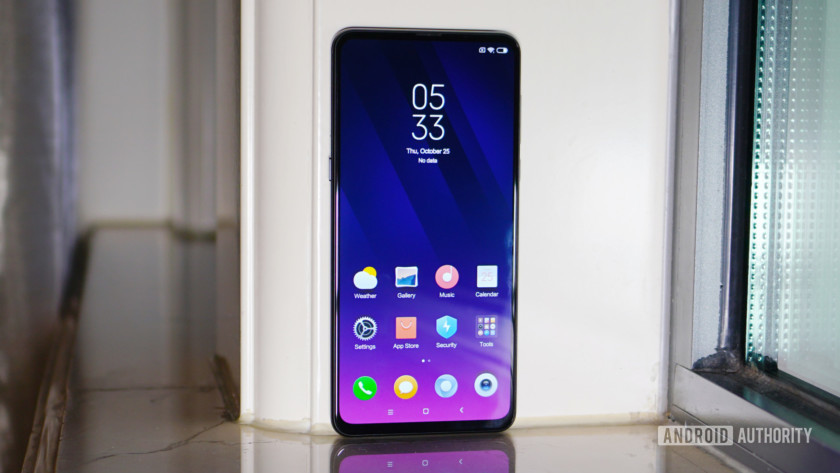 The manual sliding mechanism is the standout feature here, with neodymium magnets used to lock the slider in place when open or closed. As you start to push the display in or out you encounter slight resistance as the magnets interact and then get that nostalgic click as the screen pops into place. It feels great and Xiaomi claims it can withstand 300,000 cycles. Unlike other phones with hidden cameras, the mechanism is fully manual, so no motor is required. This is a much better solution and much less likely to suffer from failure.

The default slider action is to launch the front-facing camera, but it can also be customized to answer incoming calls or launch certain apps. The slider sounds can be swapped out too, so adding a lightsaber noise is easy as pie. Speaking of pie, the Mi Mix 3 launches with MIUI 10 and Android 9 Pie out of the box. When the Mi Mix 3 is in landscape mode while gaming, sliding the screen over will reveal an in-game menu to hide notifications, record the screen, or take a screenshot. 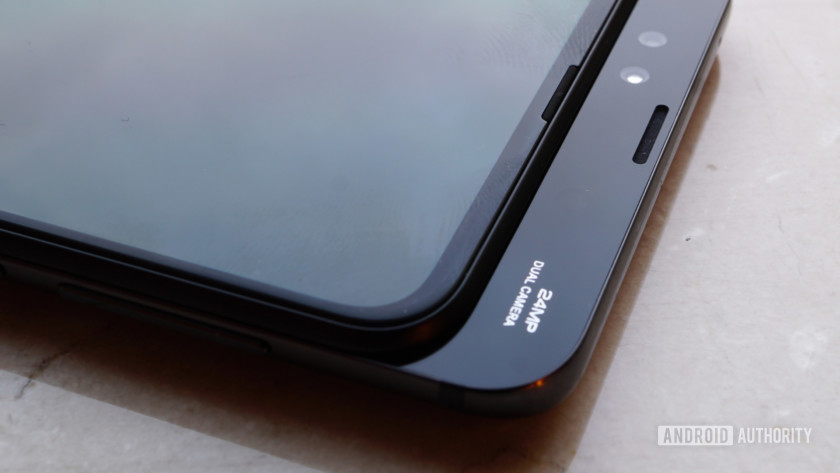 The slider isn’t just for fun. Like other bezel-free phones including the Oppo Find X and Vivo Nex, the front-facing camera only pops up when required. If you’re not using the face unlocking sensor or the front-facing camera, the phone can stay in its default state. So it’s only when you want a selfie or need to unlock your phone that you need to slide the screen down to reveal the cameras. The extra layer of security adds some peace of mind.

The front-facing camera only pops up when required and there’s no motor to worry about.

Those front-facing cameras are a 24MP Sony IMX576 with 1.8-micron pixels and f/2.2 aperture lens and a secondary 2MP camera for portrait mode and bokeh effects. The main sensor uses pixel binning in low-light situations to combine light data from four adjacent pixels, dropping the resolution to 6MP and then upscaling the image back to 24MP. AI-supported portrait mode, studio lighting effects, and AI beautify settings round out the selfie options. I noticed some lens flares at the bottom of the frame, presumably from the overhead light bouncing off the edge of the screen section which sits right below the camera lens. 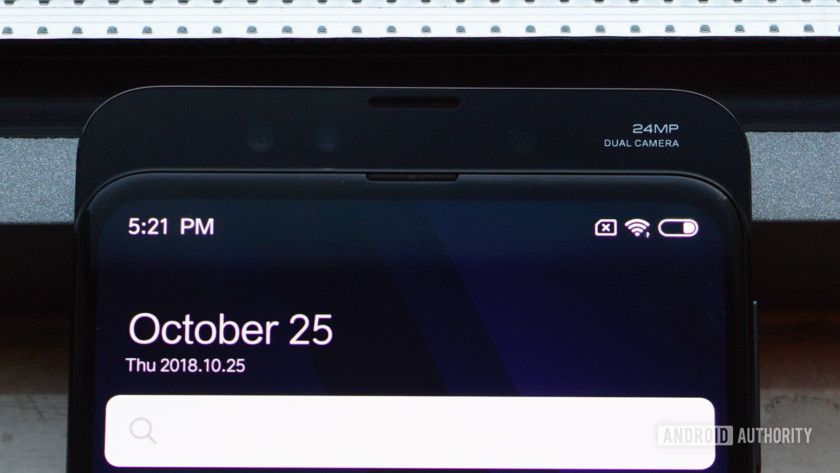 There’s an included case in the Mi Mix 3 box that has a cutaway at the bottom, so you can still slide the screen down with a case on. The USB Type-C cable in the box also has a kind of scalloped sheath so you can charge your Mi Mix 3 and still use the slider (other USB Type-C cables don’t let you do this). There’s a free 10W wireless charger in the box and 5V/3A, 9V/2A, 12V/1.5A charging brick (with support for Qualcomm Quick Charge 3.0).

The battery is a diminutive 3,200mAh cell, with the slider mechanism to blame for the smaller battery capacity. The Xiaomi Mi Mix 3 supports Qualcomm Quick Charge 4+ if you want to buy an optional additional charger, as well as the regular Qi standard.

Flipping the phone over, the familiar ceramic build material and camera layout remain intact, with a stylish MIX logo towards the bottom. A capacitive fingerprint scanner provides options if you don’t want to use the face unlocking on the front. The Mi Mix 3 includes NFC for contactless payments. 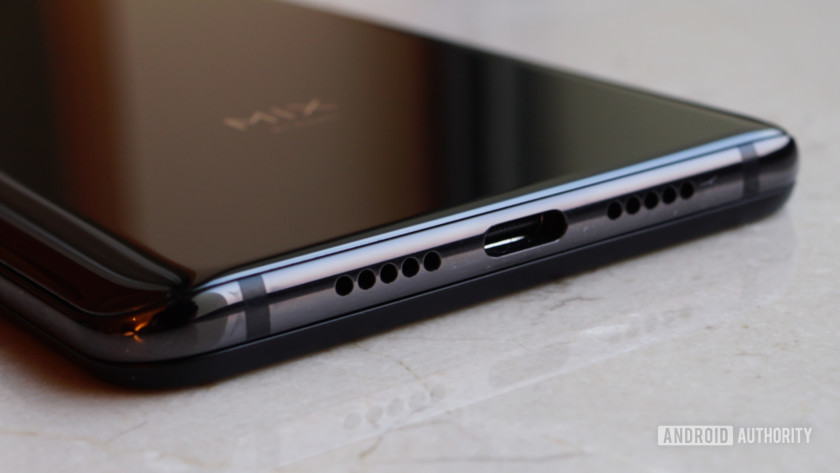 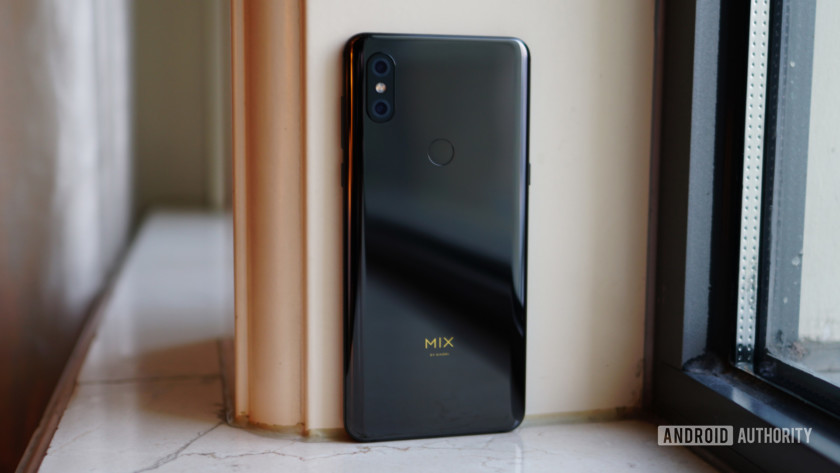 The bottom edge has twin speaker grilles but only the one on the right is a speaker, the other just conceals a microphone. It gets decently loud and doesn’t sound terrible either, but it’s a far cry from excellent. It goes without saying there’s nowhere to include a headphone jack on a slider phone and I’d do my best to keep the Mi Mix 3 away from water as it’s not IP rated. You’ll find a 3.5mm-to-USB-Type-C adapter included in the box so you can easily use your existing wired headphones. 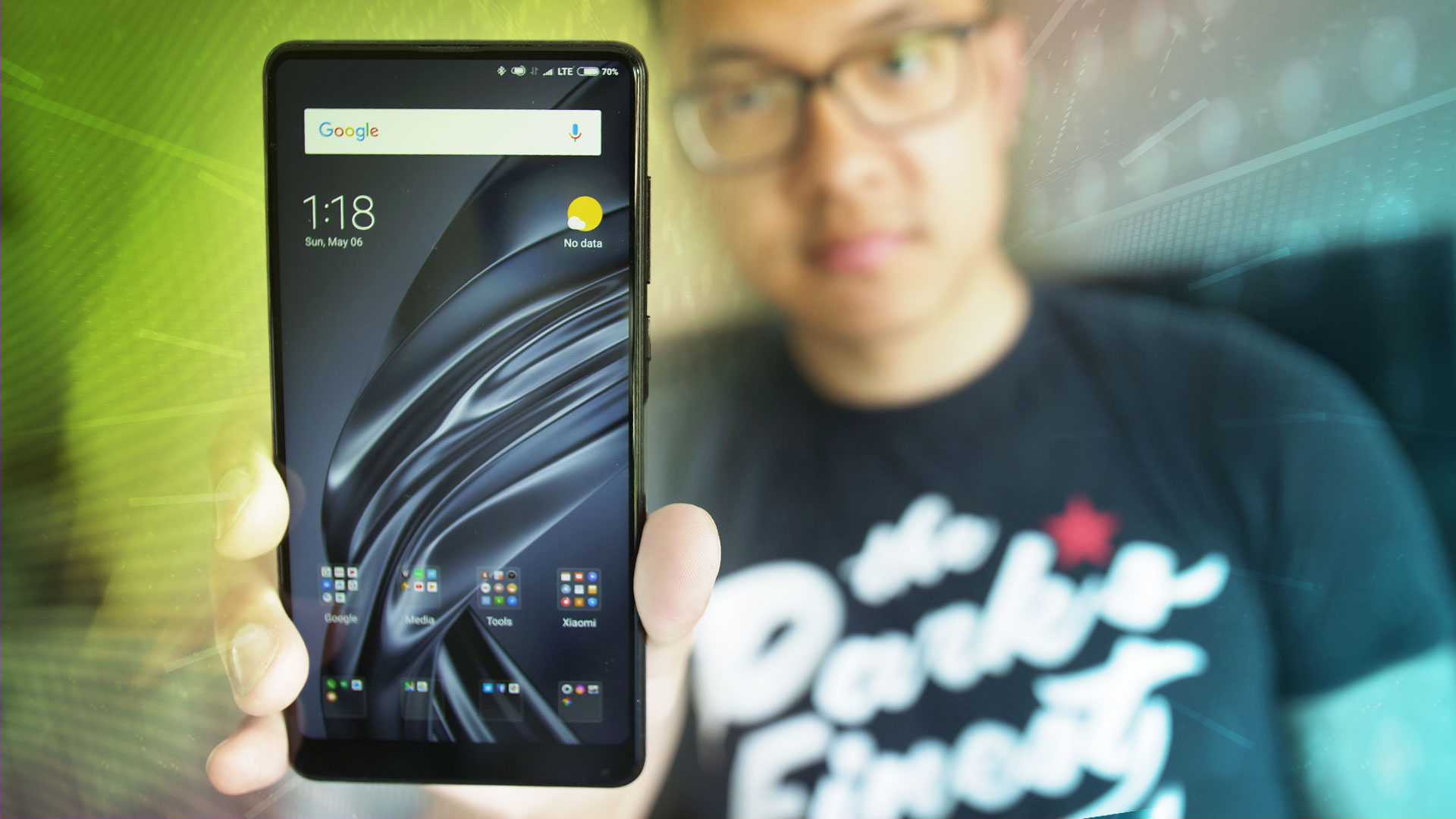 Both cameras support various AI modes, but the main Sony sensor is the one handling 960fps slow-motion video (at 1080p or 720p). It’s not true 960fps like you’d find on a Galaxy Note 9 though, as the IMX363 doesn’t have built-in DRAM on which to store such high frame rates before offloading them to the image buffer. The Mi Mix 3 uses frame interpolation to achieve 960fps, meaning it won’t be as high quality as that found on a device with built-in DRAM on the sensor. 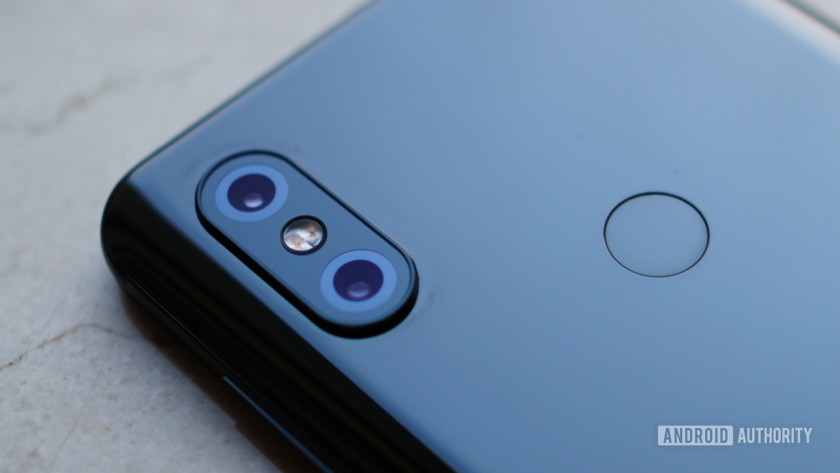 Xiaomi made a big deal about the Mi Mix 3’s low-light performance via night mode, posting side-by-side images with the Huawei P20 Pro showing the Mi Mix 3 to be superior. Some of the differences were pretty minimal, and we’d have to put the Mi Mix 3 up against the latest from Huawei, the Mate 20 Pro, to see if Xiaomi has truly outpaced its Chinese competitor in the low-light stakes. I don’t have a Mate 20 Pro with me in Beijing, so you’ll have to wait a little longer for that comparison. The Mi Mix 3 achieves its low-light results via multi-frame noise reduction, AI light metering, and AI image stabilization and calibration. Xiaomi’s voice assistant, Xiao AI, can be accessed via the dedicated assistant button on the left of the phone. It will likely be replaced by Google Assistant on the global version but I couldn’t get this confirmed. 5G support will be coming on the limited edition version but not until next year. As always, take any claims of “5G” with a pinch of salt. You’ll need your carrier to support it at any rate. The Mi Mix 3 thankfully features global bands.

The Xiaomi Mi Mix 3 comes in three colors – onyx black, jade green, and sapphire blue – the most Xiaomi has ever offered at launch. It will be available in China on November 1, with select global markets to follow. There are currently no confirmed launch markets or prices outside China.

What do you think of the Xiaomi Mi Mix 3? Would you buy one if it comes to your market?