How to Migrate Your Notes From Evernote to Apple Notes

Apple’s stock Notes app has come a long way since it first appeared on Mac, with password protection, tables, and document scanning being just a few of the top features it has gained in recent years. These and other improvements offer compelling reasons to migrate from a rival note-taking platform, especially if you’ve been paying for the privilege.

Evernote users in particular may feel they now have extra motivation to make the switch. Last month, rumors that Evernote was struggling to keep afloat were bolstered by reports of a flurry of key departures at the startup, with one source even claiming the company was in a “death spiral” because of its inability to attract new users.

Whatever your reasons for migrating platforms, you can do so by following these simple steps. Note that the export file that Evernote spits out will also work with other note-taking apps like OneNote and Bear, which offer similar import options to the Apple Notes method described below.

How to Migrate From Evernote to Apple Notes

Launch Evernote on your Mac.
In the sidebar, click All Notes. 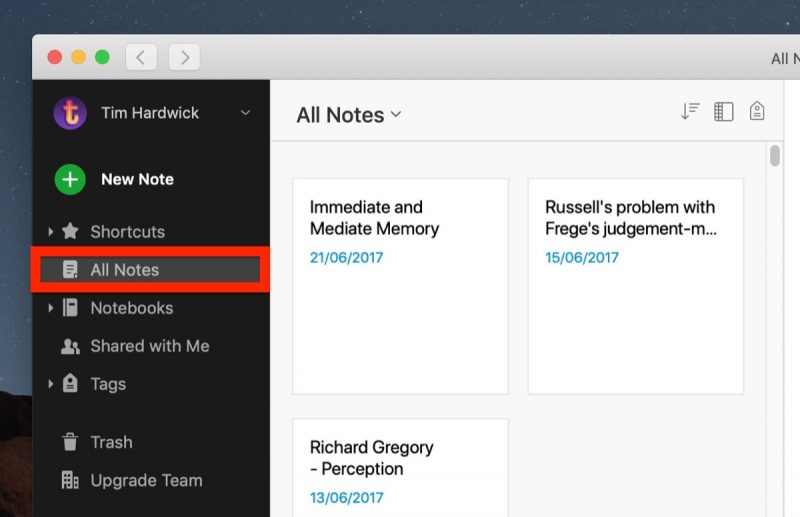 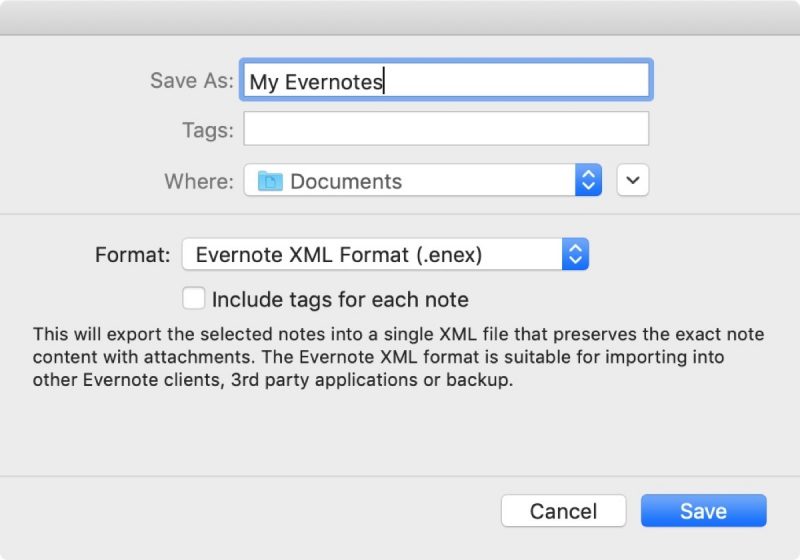 Click Save.
Launch Apple’s Notes app.
Select File -> Import to Notes from the menu bar.
Navigate to the .enex file that you just exported from Evernote. 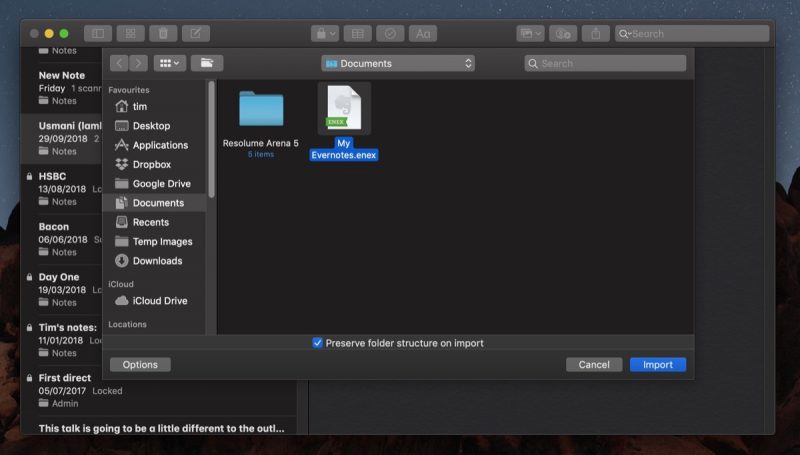 Check the box next to Preserve folder structure on import if needed, and then click Import.
Click Import Notes.

Tags: Evernote, Apple Notes
Discuss this article in our forums