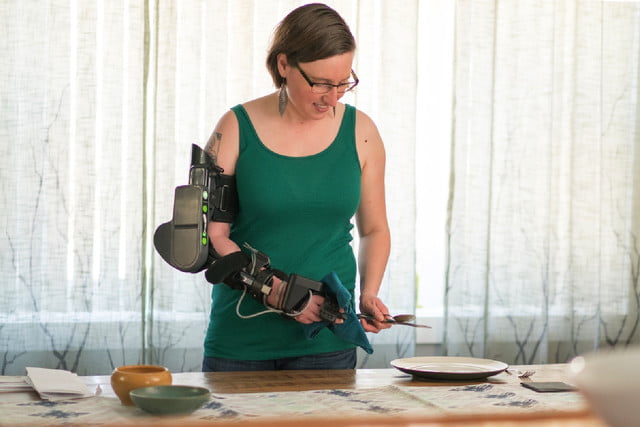 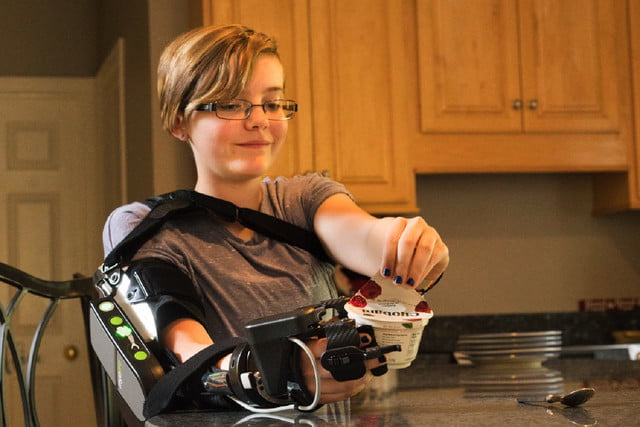 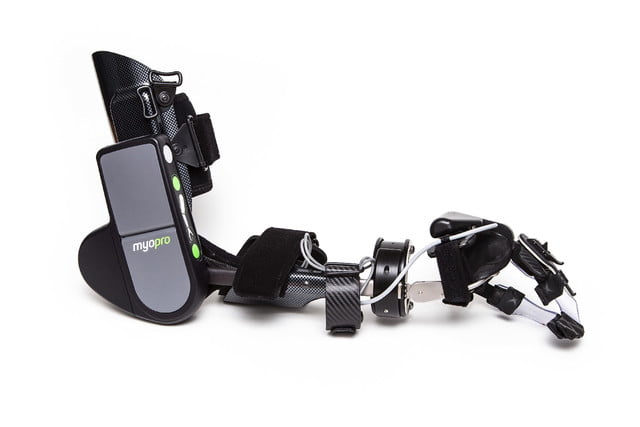 Wearable technologies such as exosuits can enhance people’s baseline abilities by giving them the ability to walk further or lift more than they would ordinarily be able to. In some cases, this means helping non-disabled people to carry out tasks more efficiently. Where it’s more profound, however, is in helping people with disabilities to perform actions that might otherwise be impossible.

This is where a powered brace called the MyoPro myoelectric arm orthosis excels. Manufactured by the wearable medical robotics company Myomo, the device is billed as the only lightweight wearable device on the market that can help restore functionality in the arms and hands of individuals with neuromuscular disease or injury. That includes the effects of conditions such as strokes, brachial plexus injury, or cerebral palsy.

The noninvasive device works by reading faint nerve signals on the surface of the skin, and then using this information to activate small motors that move the prosthesis as required. The user is in full control of their own hand or arm at all times.

“MyoPro can help restore function to an arm paralyzed or weakened by any disease or injury — it is diagnosis agnostic,” Paul Gudonis, chairman and CEO of Myomo, told Digital Trends. “We estimate approximately 1 percent of the population is in this condition. Patients with their MyoPro brace enjoy getting back the ability to do everyday activities such as cutting food, getting dressed, holding a book, playing pool, and helping with chores around the house. MyoPro is suited for this because it is lightweight, wearable, easy to use, and its long-life swappable battery enables all-day use.”

At present, MyoPro is being used by more than 700 adults in the U.S., Canada, and select European countries. According to Gudonis, the device is covered by the majority of insurance plans. It has found particularly widespread adoption among veterans who have been injured in combat or suffered injuries after their service. For instance, one U.S. Air Force veteran who suffered a brachial plexus injury was told that his arm would remain paralyzed until he received his MyoPro. It was also recently approved for adolescents, thereby opening the technology up to a whole new audience.