Make some noise for this limited edition Sonos speaker. 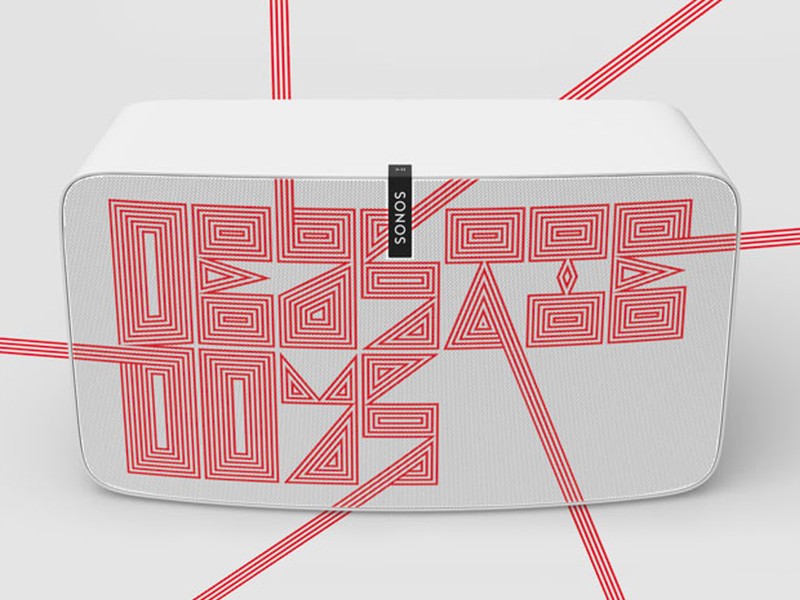 The Sonos Play:5 is the largest, best-sounding smart speaker currently available from Sonos, and it’s about to receive an exclusive limited design that’ll make you fight for your right to buy it. In collaboration with the Beastie Boys, Sonos is bringing the Play:5 Beastie Boys Edition to stores later this year at the speaker’s regular price of $499 with all proceeds going to charity.

The Beastie Boys Edition of the speaker will feature a new logo design for the band by artist Barry McGee applied in red on its grille. It comes in monochromatic white otherwise, offering a clean aesthetic for any home. Inside the speaker are the Play:5’s standard set of six amplifiers with six speaker drivers. While it doesn’t include Alexa built-in like the Sonos One does, it can be controlled with your voice by connecting an Amazon Echo Dot or another Alexa-enabled device. You can also control it using the Sonos app on your iOS or Android device. That’ll allow you to stream music wirelessly from services like Apple Music, Amazon Music, and Spotify once Wi-Fi is set-up.

Fans of the band will have an early chance to get their hands on a signed version of the new Play:5 speaker at the Beastie Boys Book: Live & Direct tour which begins on October 29 in New York City. The tour is planned alongside the release of the new Beastie Boys Book which covers the story of the band in the members’ own words for the first time ever.

At the upcoming shows, fans will be treated to readings from the book, conversations between the band members, a Beastie Boys exhibit, and the opportunity to enter to win an autographed Sonos Play:5 Beastie Boys Edition speaker. For those who aren’t lucky enough to win such a prize, you’ll be able to purchase the new edition of the speaker later this December via the Sonos website and select retailers which are yet to be announced.