Our first look at Android 9 Pie for the Galaxy S9! 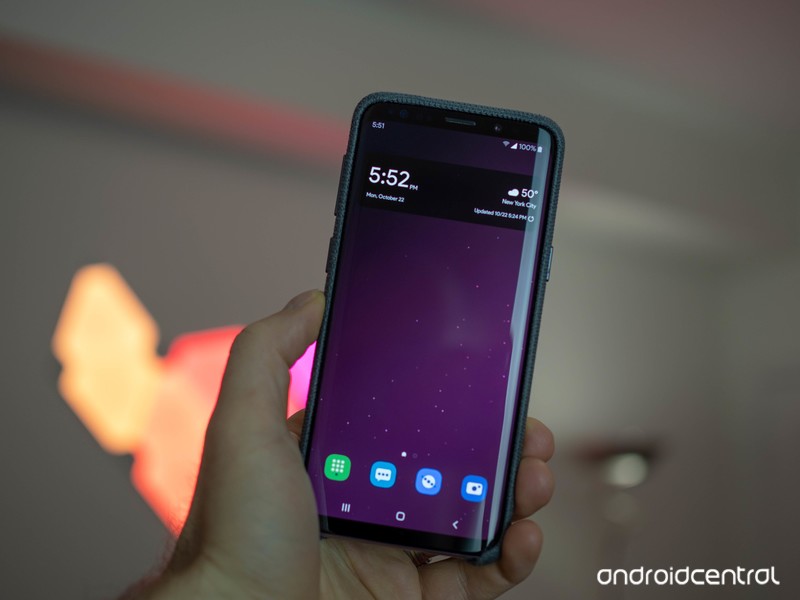 Samsung tends to take its time releasing new platform updates for its existing phones — its install base is just too big, and there are so many things to test, and test again, before releasing it widely. That’s why the company has, over the past few years, introduced alpha and beta programs — closed and public, respectively — so the kinks can be worked out before they roll out to everyone.

We’ve already seen alpha builds of Android 9 Pie floating around for Samsung’s 2018 devices, including the Galaxy S9 and Note 9, but we now have a fully-functioning — and much-improved — beta build to look at. That’s because Samsung has started reaching out to select users in advance of opening a public beta program for Galaxy S9, S9+, and Note 9 users in the U.S., the UK, and South Korea. To be clear, I’ve taken images provided to us from a Galaxy S9+ beta user and transposed them onto my Galaxy S9 — I don’t have the leaked build myself. 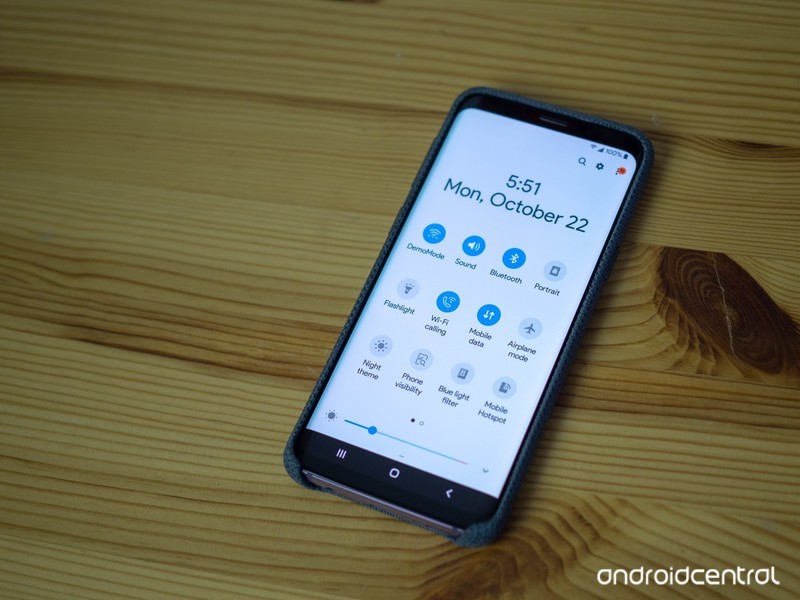 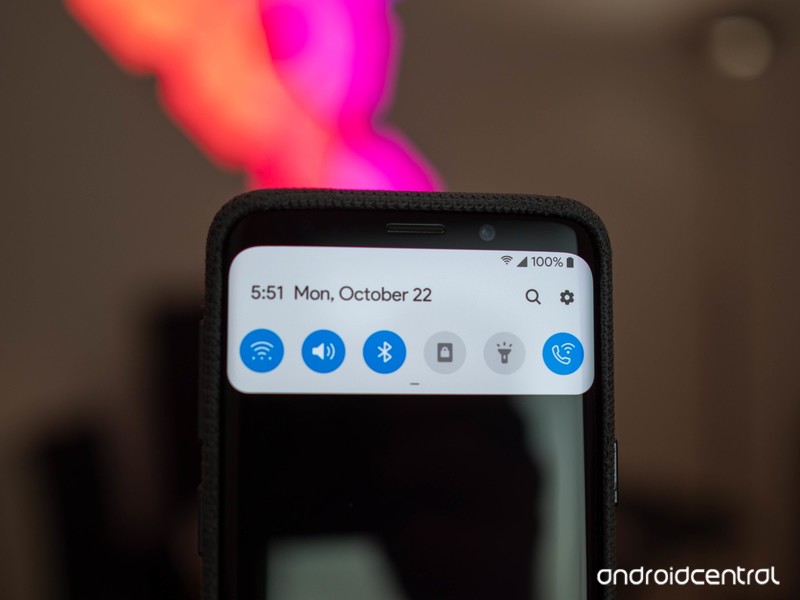 Right off the bat, you can see that Samsung is hewing more closely than ever to Google’s native design language, with a simplified colored menu, and highlighted shortcut buttons in the notification shade.

You can also see, at least in this build, Samsung’s adoption of Google’s own Product Sans system font, which is the first time I can recall seeing it applied across the entire OS. (Google doesn’t even allow for this on its own Pixel phones.) One of the big expectations with Android 9 Pie on Samsung’s latest devices is the adoption of a gesture navigation system, which Google transitioned to with the Pixel 3.

And while it does look like Samsung will offer gestures, they’ll be optional, and more akin to Apple’s or OnePlus’s than Google’s (which will likely suit people just fine). 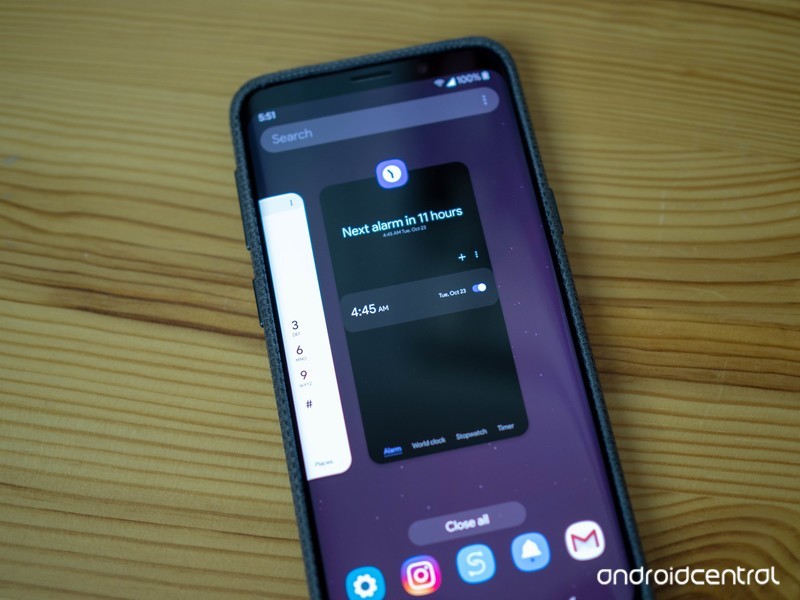 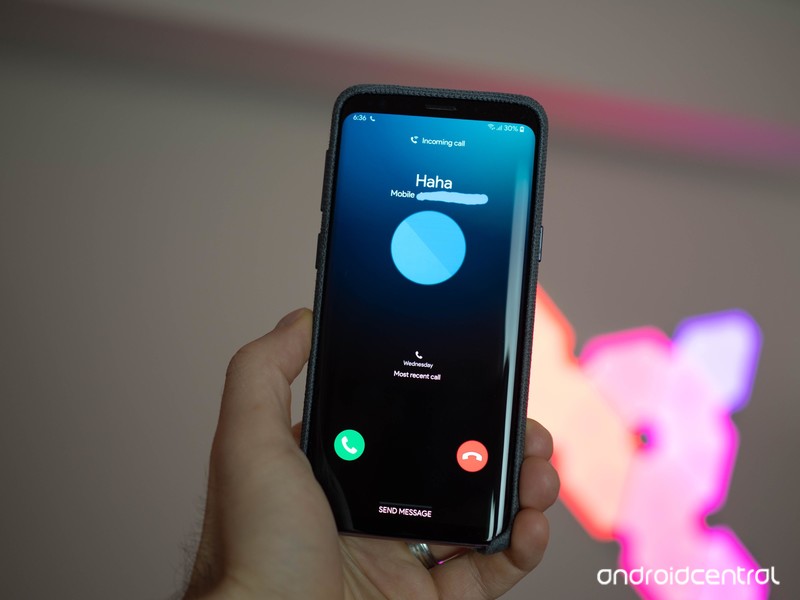 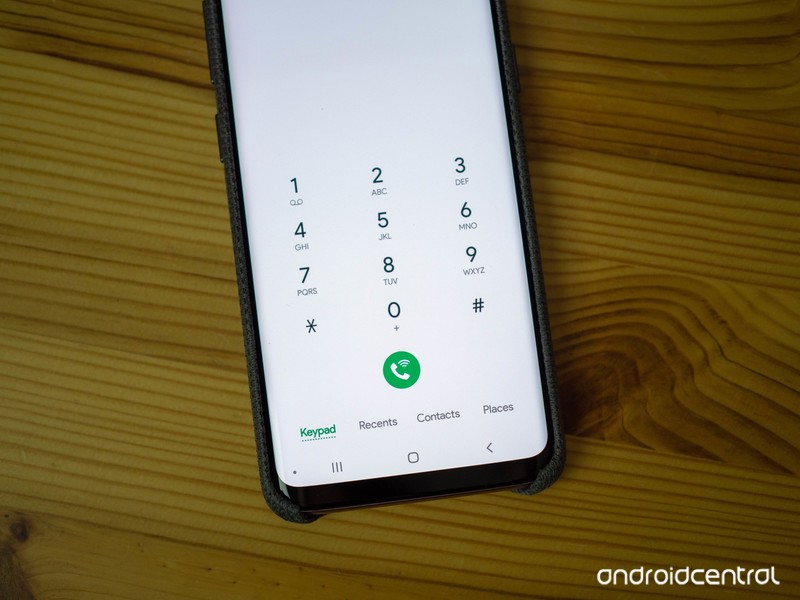 Elsewhere, you’ll find simplification across all of Samsung’s native apps: the dialer now has tabs along the bottom for easy switching; the incoming call screen highlights the most recent call from the same number; and Messages has bottom tabs and a more prominent floating action button (FAB). Finally, and perhaps least appealingly, there will be a new Bixby interface, further refining the changes introduced on the Note 9 earlier this year. This build is recent — it was compiled just under a week ago, and already has the November 1st, 2018 security patch applied — something even the Pixel 3 can’t claim just yet.

Of course, it’s not clear when Samsung plans to begin its official beta program, but judging by the freshness of this build, and the increased frequency of leaks such as this, it shouldn’t be long now.