When streaming games over the internet is this good, is there any reason to buy a game console?

I’m not just a nerd and editor here at Mobile Nations; I’m also a pretty big gamer. When I first heard about Google’s Project Stream game streaming service I signed up with every email account I had. When I got the email saying I was invited to give it a try, I jumped at a chance to play Assassin’s Creed Odyssey by beaming it over the tubes to a Chrome browser tab. After spending a bit of time playing it, I’m here to say that Sony and Microsoft should better get their ducks in a row because Google might make a traditional game console obsolete.

Seriously. It’s that good. Here’s my quick take on the good and the bad of streaming a performance-hungry 3D AAA title over the internet. This isn’t a review of Assassin’s Creed Odyssey — we have one of those already. It’s also worth noting that Project Stream is a closed invite-only beta so the billion Chrome users aren’t all hitting the servers at once. 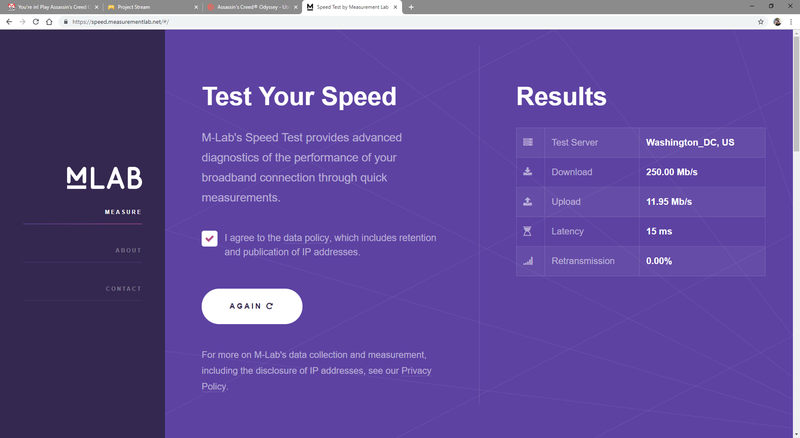 Project Stream, as mentioned, runs inside the desktop Chrome browser on every single platform that can install it. It runs in a standard tab like any other website and is purely a streaming service; there is nothing to download or install to get it up and running and outside of the same sort of cache you would see from a streaming service like Netflix. Nothing gets installed behind the scenes on your computer. Setting it up requires four things: A Google account, a Ubisoft account, a broadband internet connection and an invite to the service.

I don’t have the speediest internet on the planet, and did have to close down some bandwidth-hungry applications on my Windows 10 desktop computer in order to pass the initial test to make sure I could play. I also had to disable the Windows 10 Firewall to pass the test, but the service worked fine with it enabled after I got the green light.

You don’t need a gaming PC to play Project Stream; it works on a Chromebook or MacBook.

My gaming PC is a home-built system on an MSI motherboard, with an Intel i7 8700k CPU, 32 GB of DDR4 RAM, and two ASUS-branded AMD RX Vega 64 graphics cards using CrossFire. It drives either two 1080P monitors or a single wide 4K monitor, depending on the game I’m playing. It’s a fairly standard gaming rig, filled with hardware that probably helps a little once the data gets here, but is completely unnecessary for Project Stream, which can also run on a Chromebook or MacBook Air. 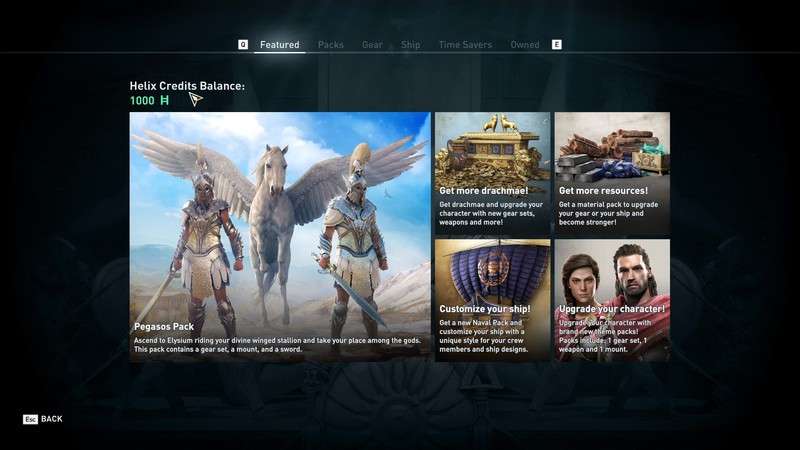 Once your computer passes the tests, you are presented with the title screen for Assassin’s Creed Odyssey in full screen. You’ll be forwarded to sign into Ubisoft and to help alleviate a bit of that hassle you’ll get 1,000 game credits to buy cosmetic items at Ubisoft’s store. It’s enough to buy all but the most expensive thing available. If you already have a Ubisoft account, you won’t find any mention of the game in the UPlay app, but you can spend all those useless U gold coins you may have earned. It’s the microtransaction cosmetic racket you’ll find is typical of most AAA games in 2018, love it or hate it. (HATE IT.)

The tl;dr — have a computer that can run Chrome, a Google account, and an invite and you can be playing Assassin’s Creed Odyssey in about 3 minutes. I’m not a stranger to streaming games. I use NVIDIA’s GeForce Now service on my Shield TV on occasion, and previously streamed from my desktop to a Shield Portable (remember those?) when I had an NVIDIA-powered graphics card. But I wasn’t ready for what I saw when it comes to quality.

Project Stream isn’t open for everyone so it may degrade in quality. But Google Duo didn’t.

Streaming a game through Google Chrome is just as good as playing from the hard drive of my PS4 or Xbox One. It looks as good, it’s as responsive, and even more seamless than switching inputs on a television and turning on a console. You can even use a wired PS4 Dualshock controller or an Xbox (One or 360) controller, as well. It’s better in terms of quality than NVIDIA’s service — which I’ve always thought was more than acceptable and worth the price — both graphically and latency-wise. It was, in a word, shocking.

Once again, it’s worth mentioning that this is a limited closed beta test. It’s possible that once open to more users Project Stream will turn into a laggy, blotchy mess where games that aren’t worth playing will be the norm. But I also participated in the GeForce Now closed beta, and it was never this good. I’m betting Google is using some of the same secret sauce for the bandwidth that it uses to compress and expand video for Google Duo here. You’ll still have the same weird looking characters you’ll find in most Ubisoft titles, regardless of engine, but you won’t see any blurry pixelated images or ghosting during movement or even glitches when there are plenty of game sprites on the screen at once. When you press a button on the controller or mouse, you won’t find any perceptible input lag or latency issues. It’s just like playing from your Xbox. You won’t get the same quality of graphics you would from the PC version of Assassin’s Creed Odyssey (there are no video settings other than brightness through the settings) but you will match a console like a PS4 Pro or Xbox One. It’s every bit as good as a high-end PC running in “High” or “Good” quality.

Menus are seemingly instant, and the only time you’ll notice a split second of waiting is when saving. Since I happen to really like the game, I also bought it for the PC and it does the same thing running locally. You’ll also see the same thing when saving your game on a console, as verified by several folks playing on one and kind enough to field some questions. And it’s all done inside a browser tab.

What’s not to love? 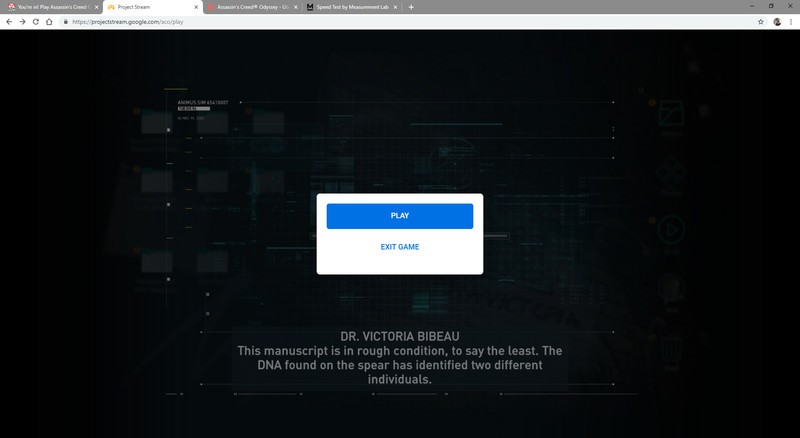 When it comes to convenience and quality, Project Stream outperforms my expectations. By a very large margin. But that doesn’t mean you should put your console up on eBay just yet. There are still some unknowns when it comes to ownership.

It’s hard to find some new games DRM free. GoG and Humble Bundle are lifesavers, but most gamers will have Steam, or UPlay, or Origin (or all three) installed on their PC and Sony or Microsoft make no bones about DRM. That means you don’t own the game you’re playing. You only own the rights to play it, and that’s what you paid upwards of $60 for. We see the same with music and video — even if you buy the disk or the digital files, you don’t actually own the content.

It’s hard to tell how Google can (will) mangle up user rights when it comes to games purchased through or played via Project Stream. Google Play Music shows us Google isn’t the best company on the planet when it comes to securing content rights (ask anyone in Europe) and buying a service to play your favorite game and seeing that game disappear overnight because of a rights dispute is not a pretty thought. But it is a likely possibility if we look to Play Music or Play Movies & TV as examples. At least Sony or Microsoft won’t stop you from playing a game if you bought the disk and can’t get online to authenticate… oh nevermind. If you were a Destiny player, you know how it feels.

Is on-demand gaming worth not actually owning any of your games? that’s going to depend on pricing and availability as well as how well Google can satisfy the bloodlust of companies like EA. One thing’s for sure, it’s definitely better than this: 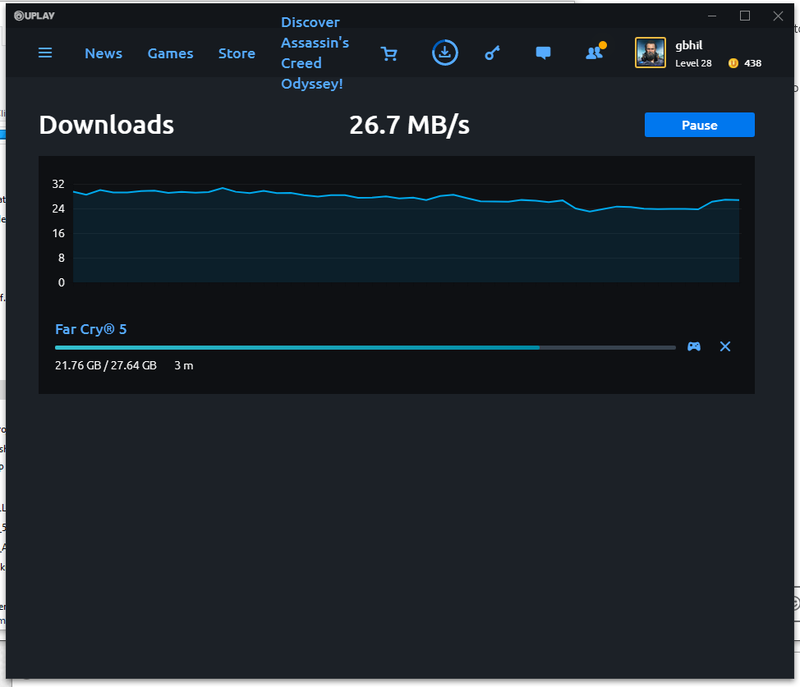 It’s not clear what Google plans to charge for Project Stream when it launches, nor how many games will be offered, but if the quality and performance stay this good, Sony and Microsoft should watch out.

Read more from News
← The Lenovo Yoga Chromebook is now on sale at Best Buy for $699
Are you sticking with the Pixel 3’s default launcher? →