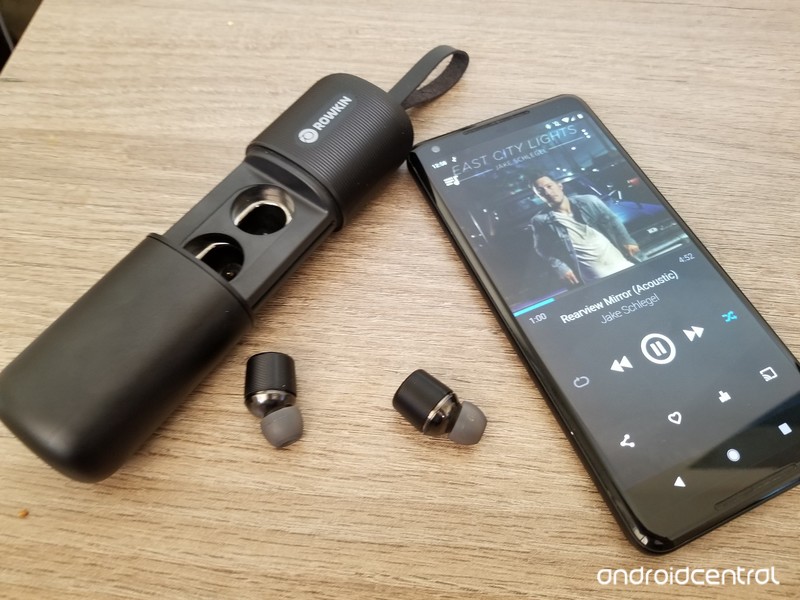 These need a bit more time in the oven.

As truly wireless earbuds have become cheaper and better, I’ve been more and more tempted to pick up a set. What’s kept me away from most brands has been a bit shallow: I am trying to get all my devices to charge over USB-C instead of Micro-USB. Brands have stuck with the older connection, so I’ve stuck with waiting. I went strolling through Best Buy a few weeks ago, and finally found a pair that had a giant battery, USB-C charging, and a few more tricks up its sleeve. 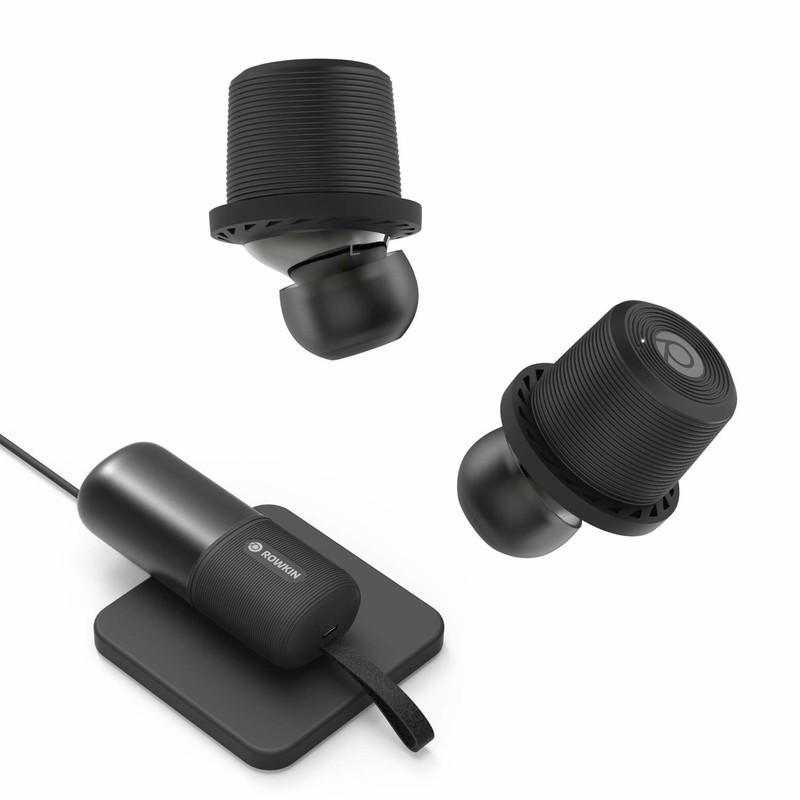 Great sound and a giant battery.

If you want wireless earbuds that can last weeks on a charge, these are for you. That is — if you can deal with the connection issues.

You may see a few different Ascent headphones from Rowkin in stores, but the actual earbuds inside the cases are the same. The big difference comes down to the battery case and the other accessories. The less expensive Ascent Micro comes with a more diminutive battery case, meaning it can fit in smaller pockets and it has less reserve charges for the earbuds. The Ascent Charge comes with a much bigger battery and case, large enough that Rowkin added a Qi coil for wireless charging of the case itself. The Charge+ is the same product as the Charge, but comes with a Qi pad included in the box.

With each set, you also get a USB-C to USB-C cable for charging, a female USB-C to male USB-A adapter and three different ear gel sizes. 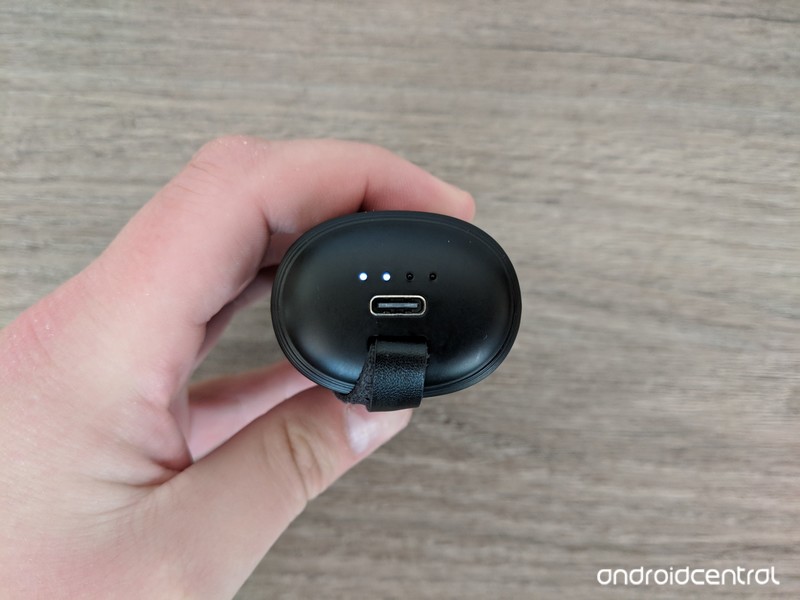 Everyone’s ears are different, but I’ve had trouble with other truly wireless buds. They either fell out of my ears or became painful before too long. I haven’t had any such problems with the Ascent Charge+, and I’ve been able to have them in my ears for long gym sessions without them either falling out or making me regret using them.

The case is also about the right size for my use. I’m glad that Rowkin offers a smaller case for those with smaller pockets, but I have no problem sticking this in the same pocket where I keep my keys and wallet. And with a large battery, I’ve yet to charge the case once since buying the headphones over a week ago.

It’s great to finally use the same charger for my laptop, my smartphone and my headphones.

Speaking of charging the case, this is what initially drew me to these headphones. There aren’t too many headphones that you can charge on a Qi mat, but more important to me in the immediate future is the inclusion of USB-C.

I really enjoy how these earbuds sound. No, they’re not going to be as detailed as professional studio monitors, but for on-the-go wireless earbuds they’re good. You don’t get AptX or other advanced audio codecs, but the trade-off is battery life: these earbuds easily last three hours on a charge, and can be topped up three more times in the case.

Rowkin has an app for Android and iOS where users can change equalizer settings, update the earbud firmware, or locate their earbuds if they go missing. I haven’t felt the need to change the EQ settings at all, but it’s good to see people have an option to get the sound better suited to their tastes.

The Ascent Charge+ has a big enough battery that you can use it to top up your smartphone, but you probably shouldn’t. The case itself has a capacity of about 2000 mAh, so it likely wouldn’t charge your phone more than halfway. You’re splitting that charge with the earbuds as well, and the USB-C only outputs at 5W. Having the battery is great in a pinch, but you’ll be much better off carrying a dedicated external battery. 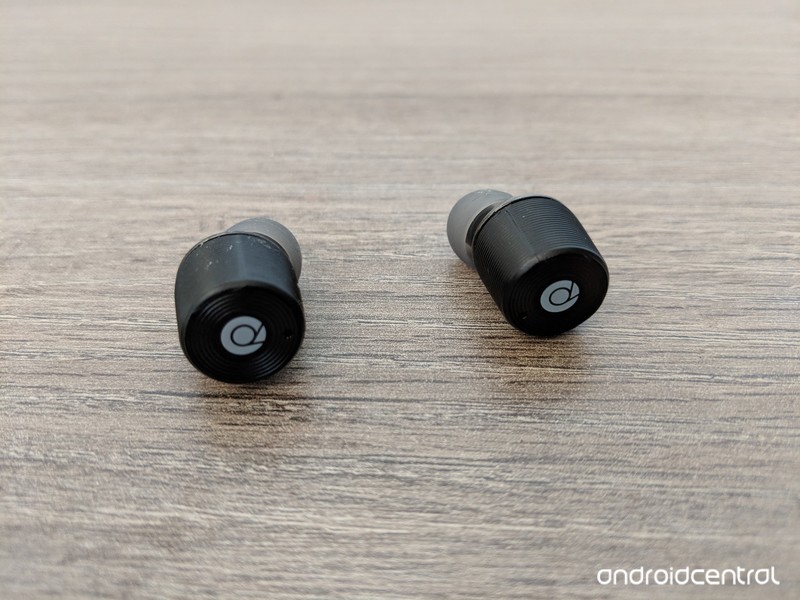 Using the same charger as my phone is great, but there are some problems when it comes to using the earbuds themselves. What should happen is you take the earbuds out of the case, they connect to each other, then they connect to your phone. Your music then comes through, and everything is great.

Using these headphones is just more trouble than it should be.

I’d say I’ve had about a 50% success rate of getting my music to play on the first attempt. I’ve used these earbuds with the Pixel 2 XL, Galaxy S8 and the LG Stylo 4, so it’s not an issue with a specific phone or a certain version of Android. The earbuds show they’re connected, but music still comes through my phone’s internal speaker. Sometimes I can open Bluetooth settings on my phone, manually disconnect and reconnect and the problem is solved. Other times, the earbuds have to go back in the charging case so they turn all the way off, then I take them out of the case and repeat the process.

The biggest issue I’ve had with these controls is consistency. I’ve tried a few different cadences to my taps, but I can’t nail down how to make the controls do what I need them to. Sometimes I have to jab the earbuds — and therefore my ears — to get controls to work. Other times, a light brush counts as a tap and I end up activating my voice assistant when I just wanted to pause my music.

Rowkin Ascent Charge+ Should You Buy These?

Probably not — at least not until the connection issues are fixed. Give Rowkin a few more months to work out the control and pairing issues before spending the money on these. For a similar price, you can get the superior Jaybird Run or Samsung IconX 2018, or for a bit more the excellent Jabra Elite 65t.

These earbuds fit and sound great, and it’s nice that I can use the same charger as my smartphone and laptop when it comes time to top up. If Rowkin can work out the kinks, these will be easier to recommend.