Following dozens of rumors, the Palm brand is officially back from the dead — sort of.

It has been 22 years since the first PalmPilot released, and it has been eight years since Palm — the company behind popular Personal Digital Assistants (PDA) — became defunct. HP bought Palm in 2010, and decided to leave the brand behind but move forward with growing WebOS, the operating system used on Palm devices. HP then sold the brand off to TCL, which makes BlackBerry phones through a licensing partnership, and TCL now has a licensing partnership with a new group of people who have no historical attachment to the Palm brand.

As such, the new Palm device doesn’t have any attachment to the devices of old except for its name. It’s manufactered by TCL, and it’s a miniature device that’s as light on features as it is in weight. But here’s the twist — its key purpose is to help you disconnect from technology. 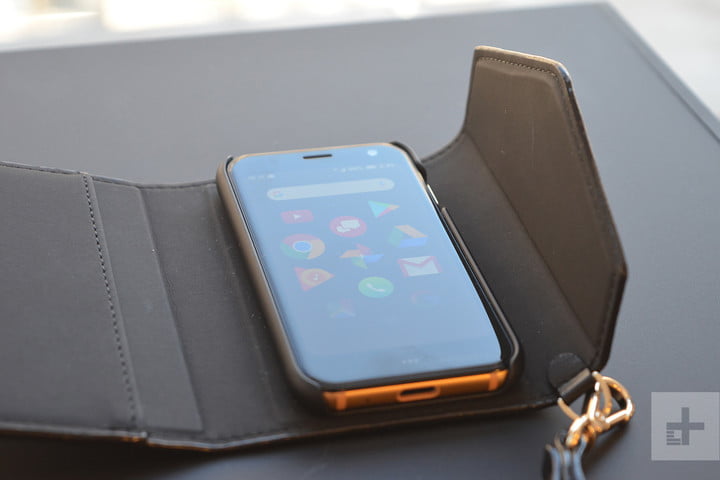 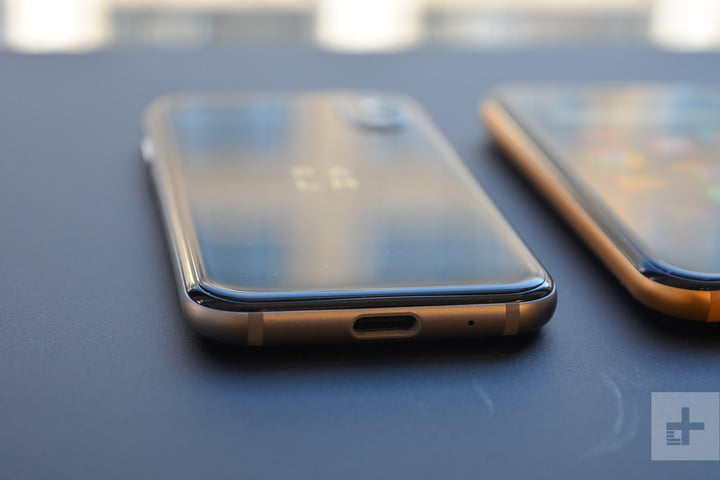 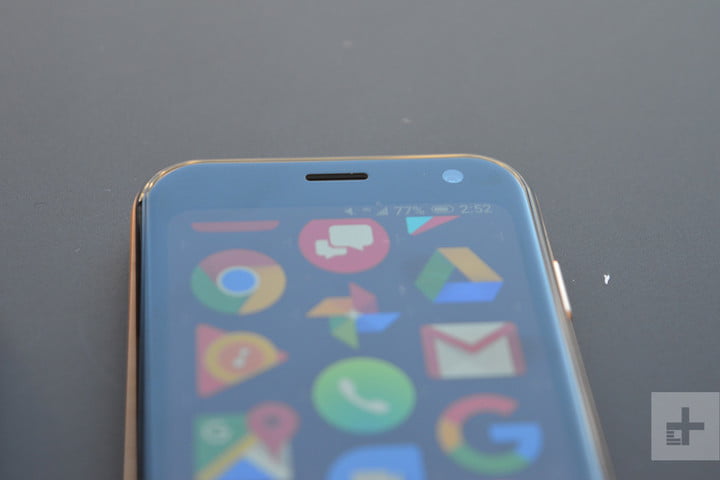 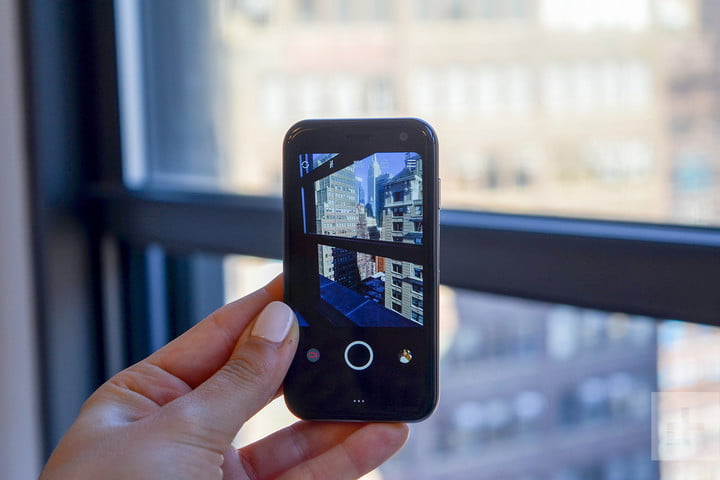 Yes, it’s confusing, because the Palm is more or less a $350 smartphone that runs Android. It syncs to your primary phone so that you receive your notifications along with calls, and its built-in sensors allow you to track a variety of fitness metrics using third-party apps. It’s meant to act as your go-to device for weekend trips, nights out, or workouts. Why will it help you disconnect? The creators believe its small screen will put you off from wanting to use the Palm for long periods of time. We don’t know if that will work, but we got to spend some time with the phone to see what it’s like.

When we say the Palm is meant to be a phone to take “on-the-go,” we mean it’s meant to accompany you to the bar or a party, or a weekend trip to another city. It’s not a rugged phone you can take hiking or kayaking, because it’s made of Gorilla Glass 3 with an aluminum frame. It does have an IP68 rating though, which means it can survive a dip in the pool. 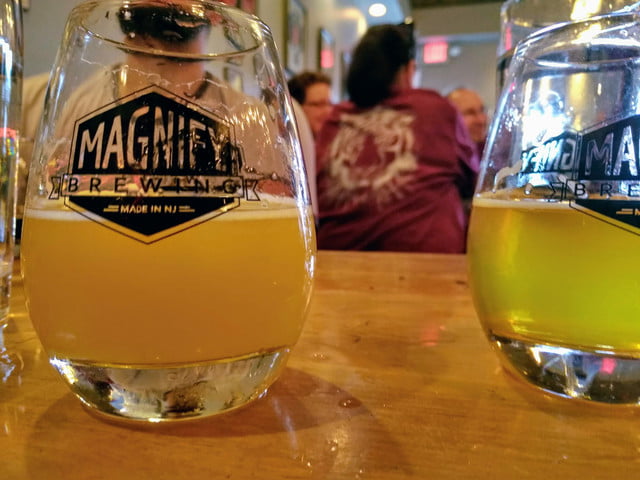 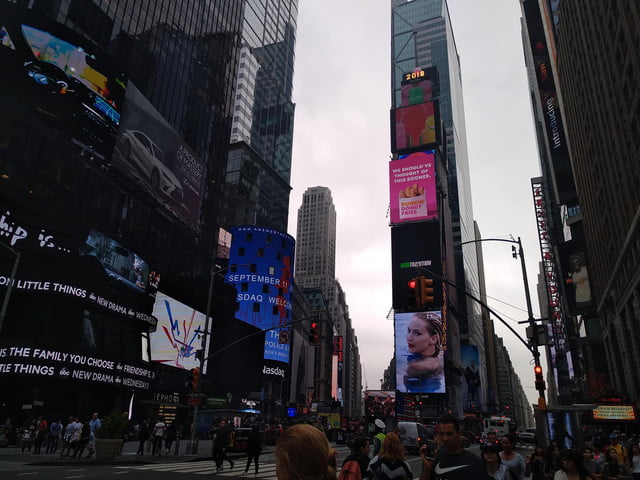 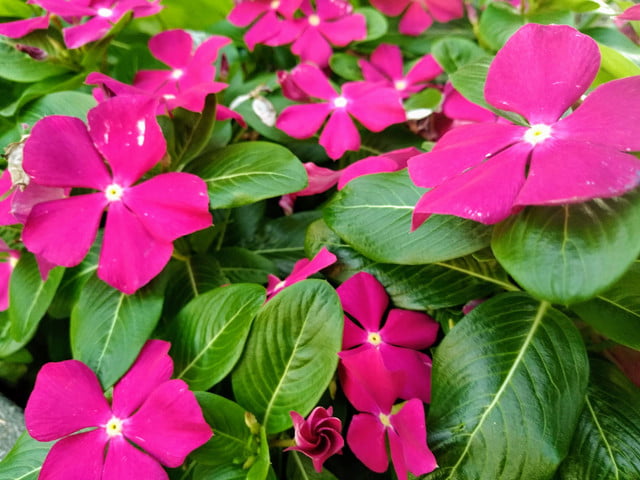 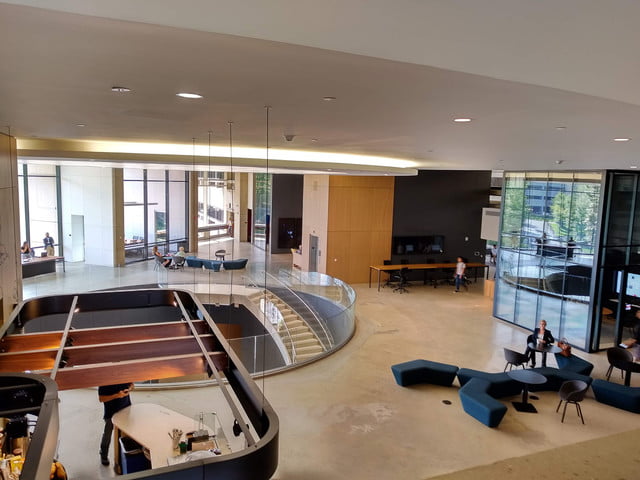 The Palm looks sleek, and its smooth curved edges make it comfortable to hold. Being tiny helps too. There are two color options available — silver and gold — with the latter looking far more luxurious.

The Palm looks sleek, and its smooth curved edges make it comfortable to hold.

On the front is a 3.3-inch HD (720p), LCD display with 445 pixels-per-inch. It looks bright and sharp, but it remains to be seen how easy it is to view content in broad daylight. There’s an 8-megapixel front-facing camera here alongside a speaker. On the right edge is a power button and SIM card tray. Flip the device over and there’s a 12-megapixel camera stacked on top of an LED flash. It’s tough to ignore the striking resemblance to the iPhone XS.

While we didn’t get to take our own photos with the Palm, we did see receive some samples you can see above. We’re going to hold off commenting too much on the camera quality until we can test it ourselves, but the sample photos look promising.

In terms of security, there’s no fingerprint sensor on the Palm. Instead, you’ll have to use Android native facial recognition technology to unlock the device, which isn’t as secure as Apple’s Face ID, or you can just use a passcode or pattern.

It takes some willpower

Palm uses Verizon’s NumberShare to sync all of your calls and text messages from your primary phone using Verizon’s messaging app called Message+. You don’t need to activate a new line or use a seperate phone number. Once the two are connected, all of the notifications, alerts, texts, and calls you receive on your smartphone will also appear on the Palm. That way, you can simply switch between the two without having to take any additional steps. Even though it does receive all of the same notifications, the core feature of the Palm is meant to prevent you from constantly checking alerts. It’s called “Life Mode” — you can easily toggle it on or off via the Settings menu. All it essentially does is make sure the screen doesn’t turn on when notifications come through.

All it does is make sure the screen doesn’t turn on when notifications come through.

It’s really no different than Do Not Disturb on your smartphone, or a simplistic version of both Apple’s Screen Time and Google’s Digital Wellbeing, which are more intricate tools meant to help analyze and cut down on smartphone usage.

The creators claim the 3.3-inch display is supposed to deter people from wanting to scroll through social media and other apps, since large-screen phones are all the rage these days. At the end of the day, however, a screen is still a screen and we think people will still use the Palm to access all the apps they would on their primary phone. This ultimately becomes a test of willpower to force yourself to put the phone down.

Works better with Android than iOS

As with smartwatches, the Palm works better when your primary smartphone is an Android device. It runs Android 8.1 Oreo, and if you connect from an iPhone, the only incompatible service is iMessage. You’ll have to disable iMessage whenever you leave your iPhone at home if you still be able to get all your messages. Seeing as how the Palm is supposed to provide a quick “grab and go” solution, this might be a deal breaker for some.

For calls and other texts, you’ll have to sync them through the Verizon Message+ app which you’ll have to download on both your iPhone and the Palm. From there, you’ll be able communicate with the outside world via SMS as well as phone calls all through the app. You’ll need to sync iOS contacts, mail, and calendar the way you would if you were switching over from an iPhone to an Android.

On one hand, this does beg the question of whether or not you need to have every iOS contact and calendar invite on your Palm. We’d most likely add important contacts like close friends and family. But if you’re going on a longer weekend trip and only want to bring the Palm, then you may want access to as many contacts as possible, just in case.

Under the hood of the Palm is the Qualcomm Snapdragon 435, which is a midrange chip that’s joined by 32GB of storage, 3GB of RAM, and an 800mAh battery.

Scrolling through the Android 8.1 Oreo interface is fluid for the most part, but apps like Instagram and Spotify were slow to load. We didn’t run into any major problems in our brief time with the phone, but we’ll need to do more testing to put the Palm through its paces.

The Palm may run Android, but the interface is unlike anything we’ve ever seen on other Android phones.

The Palm may run Android, but the interface is unlike anything we’ve ever seen on any other Android phones. It actually reminds us of the Apple Watch’s app screen, with icons scattered throughout no particular order. The Google Play Store is present, so you’ll be able to download any app available. Google Assistant is also on board in case you want to use your voice to control certain functions.

Battery life varies on the Palm depending on how you use it. The company claims to last a little over three days on standby, but with Life Mode on, you’ll see about one full day’s worth of life. With full connectivity and Life Mode suspended, expect it to only last about eight hours. If you decide to use it to stream music over LTE and use GPS to track your workouts, it will only last three hours. These battery estimates are incredibly low, and it would worry us to take the Palm out anywhere for fear of it dying before we arrive back home.

Not the most ideal wearable

The company behind the Palm claims it doubles as a wearable, in a very loose sense of the word. There’s a G-Sensor, Glonass, GPS, Proximity sensor, E-compass, and Gyro all inside. With built-in GPS and Bluetooth connectivity, you can also use it to track your runs, walks, or bike sessions while streaming music through your headphones. While like that it’s small enough to fit in yoga pants and light enough to strap to our arm without weighing us down. But with a third-party app tracking some basic fitness metrics, don’t expect any type of detailed overview of a workout. It’s a better idea to go for a smartwatch like the Galaxy Watch or Apple Watch Series 4, complete with cellular connectivity, fitness tracking, and even a heart rate sensor. The battery on a smartwatch will also last longer than the Palm when working out.

The Palm costs $350, and will be available exclusively through Verizon in November. If you opt for a 24-month payment plan, the device will cost $14.58 per month. You can buy it with a two year commitment as well for $300. More importantly, Verizon NumberShare costs $10 per month and shares the data of your current smartphone plan.

We’re perplexed by the Palm. We’re not convinced of its purpose of being a secondary phone, and its battery life seems to be too short to really considered for other use cases. Either way, we’ll be spending more time with it to see what it’s like.

Read more from News
← Personal info of 30,000-plus Pentagon employees compromised in contractor breach
Apple Ending Safari Support for TLS 1.0 and 1.1 in March 2020 →