Hands-on with the new Nokia 3.1 Plus

HMD Global is on a roll with its budget and mid-range smartphone portfolio, especially in India. After launching the Nokia 6.1 Plus and Nokia 5.1 Plus in India in quick succession, and the Nokia 7.1 globally, the company has now launched the Nokia 3.1 Plus in India.

The successor to the Nokia 3.1, which was launched only a few months ago, the Nokia 3.1 Plus falls in the sub-$175 market that sees intense competition from the likes of Xiaomi, Asus, and others but also makes up the majority volume of sales for any brand.

I spent some time with the Nokia 3.1 Plus ahead of its launch in India today, and here are my first impressions of the same. 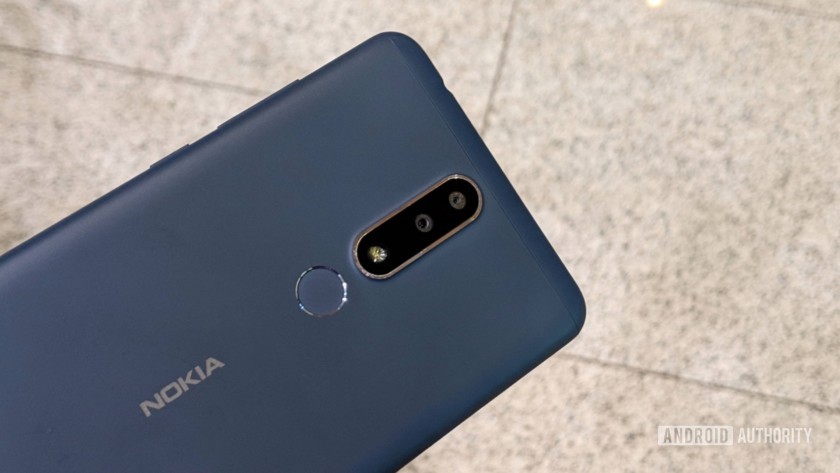 The design language on the Nokia 3.1 Plus is an aberration from what we’ve seen on the company’s recent devices. HMD Global has opted for a polycarbonate shell with a smooth rubberized shell this time around. This is quite a departure from the slippery glass back and offers a perfect grip in the hand.

At the back, there’s vertically-shaped dual camera module in the centre with a single LED flash and the fingerprint sensor below it. The chrome tint around these and the central symmetry adds a definite visual appeal.

Best Nokia phones — what are your options? (September 2018)

Nokia was once the biggest smartphone manufacturer in the world but lost its appeal when it overlooked Android and start making Windows-powered smartphones. Microsoft bought the company in 2013, deciding to kill the Nokia brand …

The company claims that they use an internal die-cast metal structure for enhanced solidity that delivers better strength and premium feel.

The Nokia 3.1 Plus sports a large 6-inch HD+ display with an 18:9 aspect ratio without a notch. The big bright display offers an impressive contrast with pretty good colors. The side bezels are thin but you get thick chunks on the top and bottom. 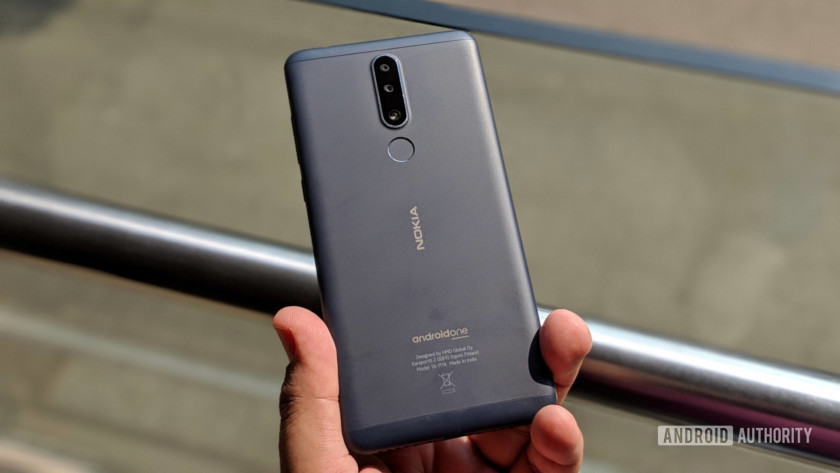 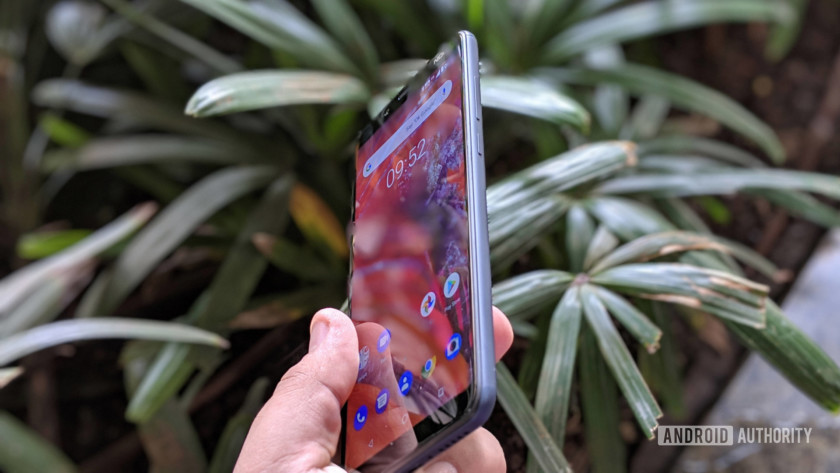 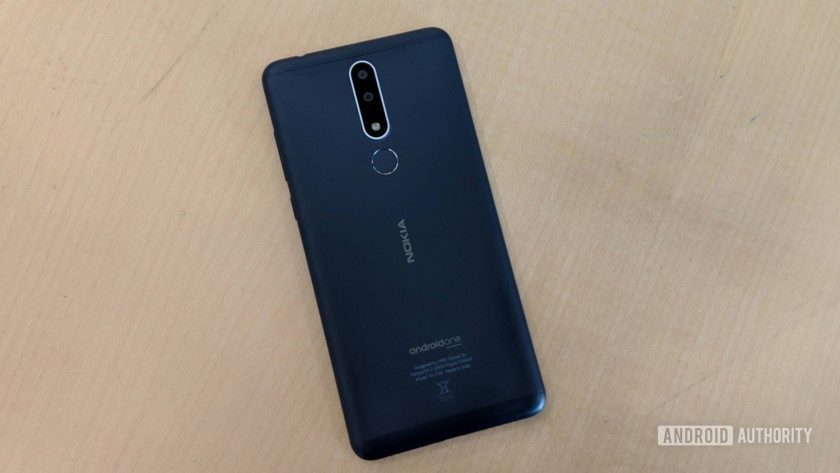 The Nokia 3.1 Plus comes with a modest specifications sheet. Under the hood, it is powered by the MediaTek Helio P22 octa-core processor with 2GB of RAM as well as 16GB of internal storage.

One of the highlights of the Nokia 3.1 Plus is its large 3,500 mAh battery. According to HMD Global, the smartphone offers two-day battery life which is pretty good for people on the move or those who like to indulge in gaming or binge-watching on Netflix because the large display is perfect for it.

The biggest upgrade for the ‘Plus’ smartphone comes in the camera department. This one now comes with dual camera setup at the back with a 13-megapixel primary sensor with f/2.0 aperture and a 5-megapixel depth sensor with f/2.4 aperture. Up front, there is an 8-megapixel sensor with an AI-enabled bokeh mode. 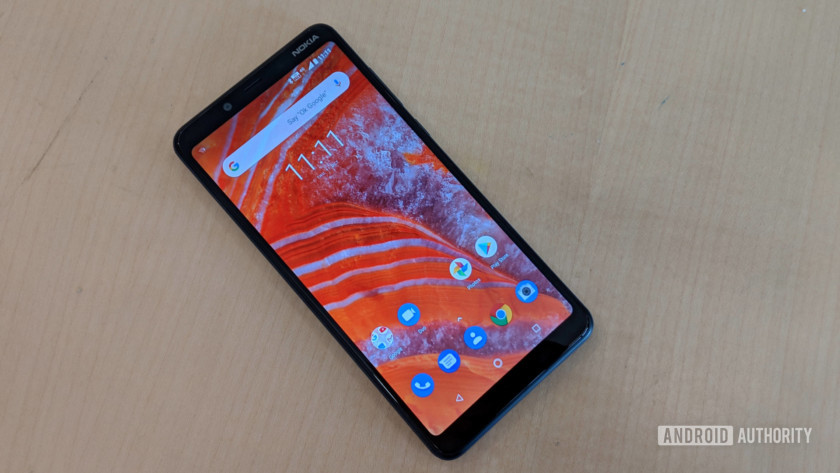 Like other phones in HMD Global’s recent portfolio, the Nokia 3.1 Plus is an Android One smartphone. Out of the box, it ships with Android 8.1 Oreo and offers a clean, stock Android experience.

Android One certification means the smartphone will receive two years of guaranteed Android “letter” upgrades and three years of monthly security updates. It’s likely to receive Android Pie soon and will also get Android Q, whenever that happens. 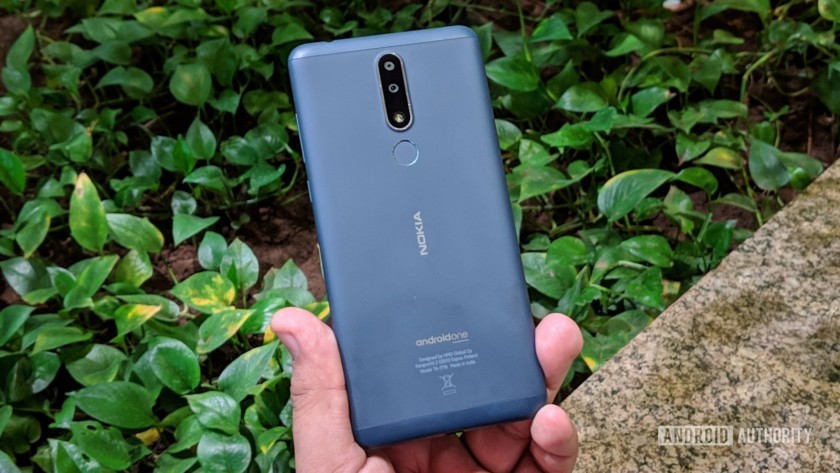 In India, the Nokia 3.1 Plus comes in three color variants – Blue, White, and Baltic – at a recommended best buy price of 11,499 rupees ($155) across top mobile retailers in India and on nokia.com/phones starting October 19.

On paper, the Nokia 3.1 Plus definitely has a few things going for it – stock Android, good design, and dual cameras – and will be available in the offline market. And that’s the reason it would fall short of spec-by-spec comparisons with other smartphones in the segment which are only sold online and hence can be priced very competitively.

What do you think of the Nokia 3.1 Plus, and would you like to pick one up? Tell us your thoughts in the comments. We’ll, of course, take a deep dive and bring you a comprehensive review of the smartphone soon.