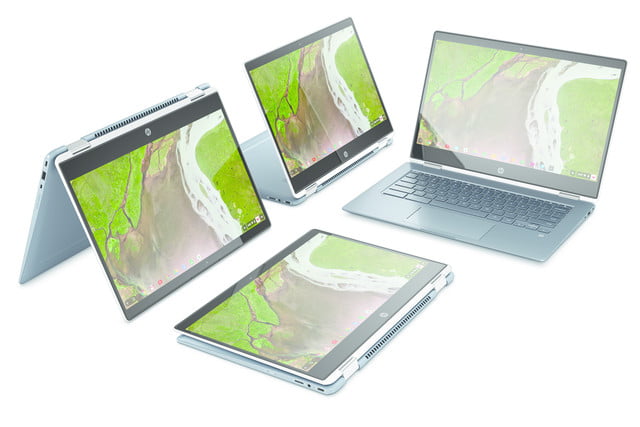 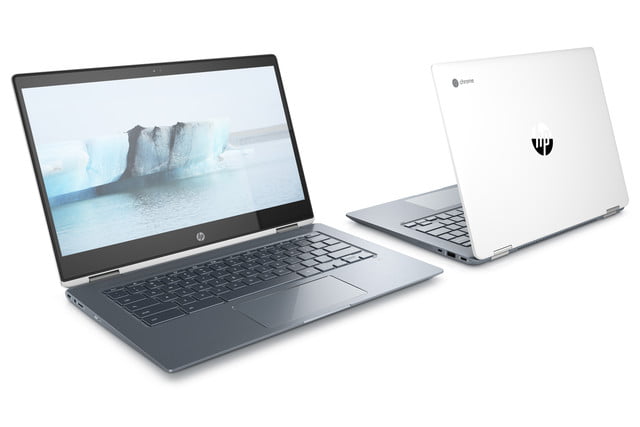 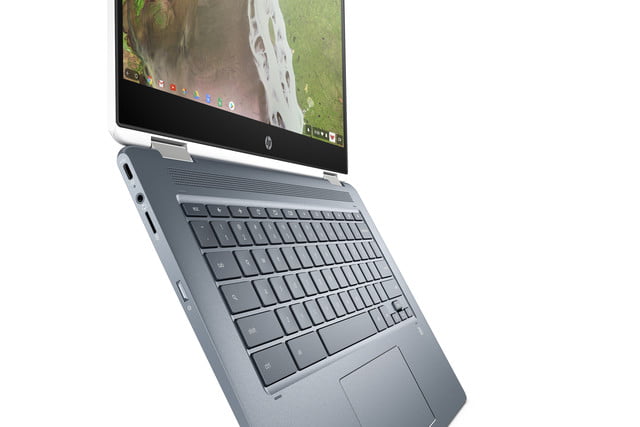 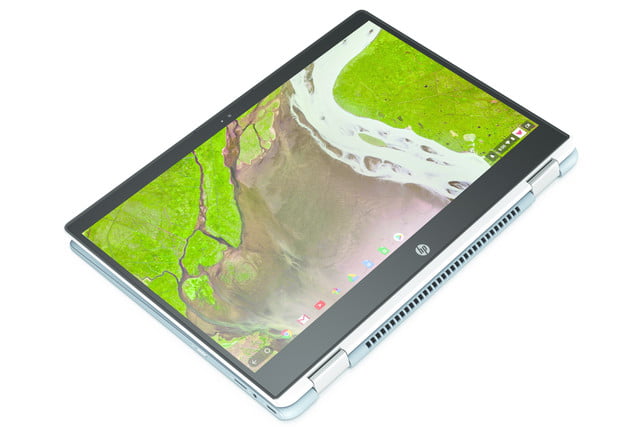 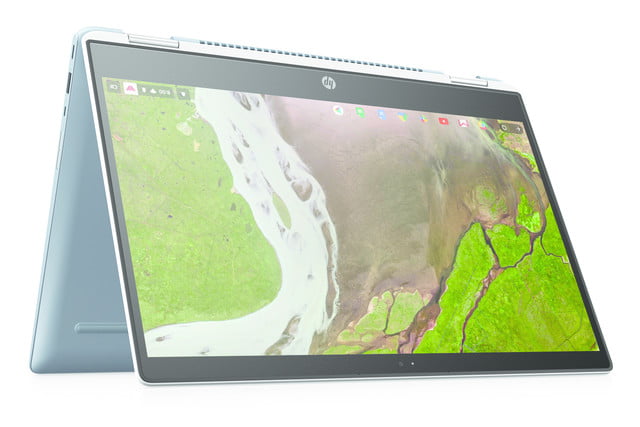 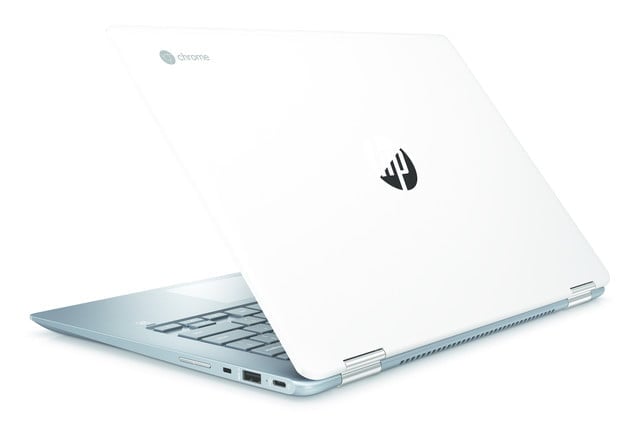 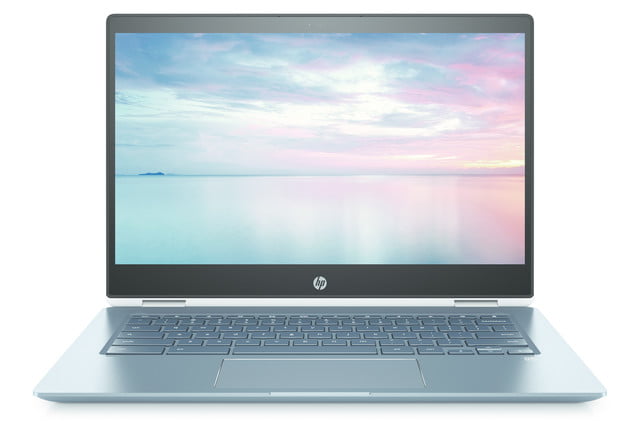 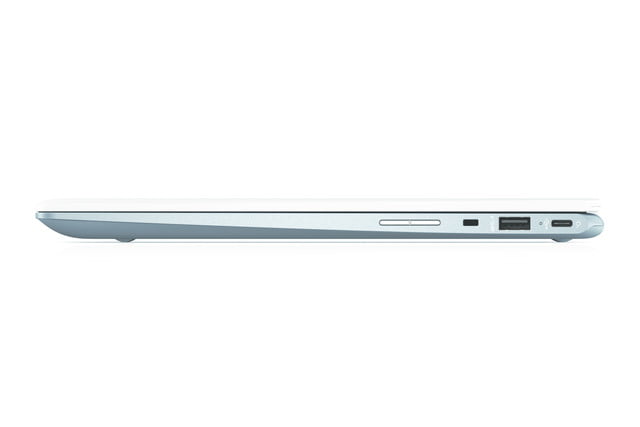 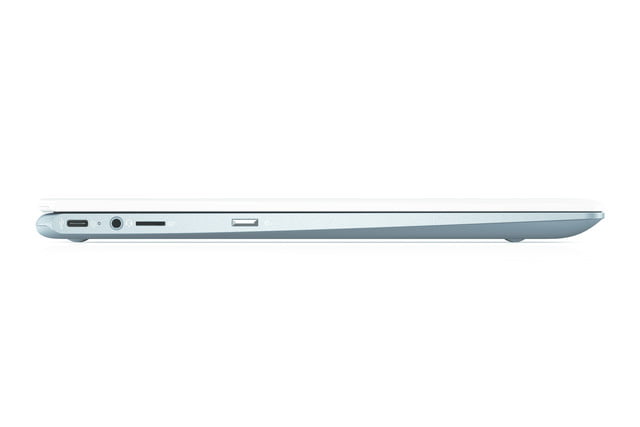 An 8th-generation Intel Core processor, crafted aluminum chassis, premium Bang & Olufsen speakers, and a 14-inch full HD touchscreen are features that don’t typically come to mind when talking about a Chromebook. Beyond Google’s Pixelbook with a whopping $1,000 price tag, most Chromebooks are relegated to the budget lineup. However, HP intends to turn some heads with its latest x360, a premium Chromebook aimed at individuals who love Chrome OS but are seeking a bit more of a premium feel.

Starting with the machine’s design, HP is letting you know that the x360 isn’t an ordinary Chromebook. The device is designed with an aluminum chassis, including a 3D stamped metal keyboard deck. The top cover then goes through a process that creates what HP says is responsible for creating a ceramic-like white finish. Even the keyboard deck’s keycaps have been colored to match the machine’s gray-blue design.

On paper, the machine’s internals doesn’t appear to be slouching either. You won’t find a Celeron or Atom processor inside the x360; it comes stocked with either an 8th-gen Intel Core i3 or i5 processor, so we hopefully shouldn’t see any issues when watching high-resolution videos via Chrome. The Intel CPU is paired with 64GB of local storage — about standard for a Chromebook — and up to 8GB of DDR4 memory.

Featuring up to 14 hours of battery life, HP is also betting that its new machine will last you throughout the day, whether you are working or watching your favorite shows on Netflix. Entertainment shouldn’t be too shabby either with integrated Bang & Olufsen speakers and a full HD 1080p touchscreen display with ultrathin narrow bezels. Those concerned about ports need not be with two USB-C ports, one USB-A port, a MicroSD port, and audio jacks.

Existing fans of Google’s online ecosystem will be happy to hear that the purchase of HP’s latest Chromebook also includes two complimentary years of Google Cloud’s 100GB storage to plan to save your most important files and precious moments. Android fans can not only easily sync their devices, but also run their favorite Android apps directly on the Chromebook.

Available for pre-order beginning today, the HP Chromebook x360 will ship October 14 starting at $599. Alternatively, the x360 can also be pre-order via BestBuy.com or picked up in stores on October 21.

Read more from News
← Bitplay’s unique mount brings new lenses, filters to Android and iPhone
This is the result when a quadcopter strikes the wing of an aircraft →