These are the best vertical docks for your PlayStation 4 console!

While your PlayStation 4 console has a sturdy base to sit on horizontally, there is a way to save some space on the entertainment center. By using a dock, you can easily ensure that, when standing vertically, your console is stable and ready to give you access to your games, music, and movies. While it may be among the more pricey on offer here, I personally prefer The Oivo Stand. It does the simple job of holding my PS4 upright while charging both my controllers with the added bonus of LED indicators that tell me when my controllers are charged. 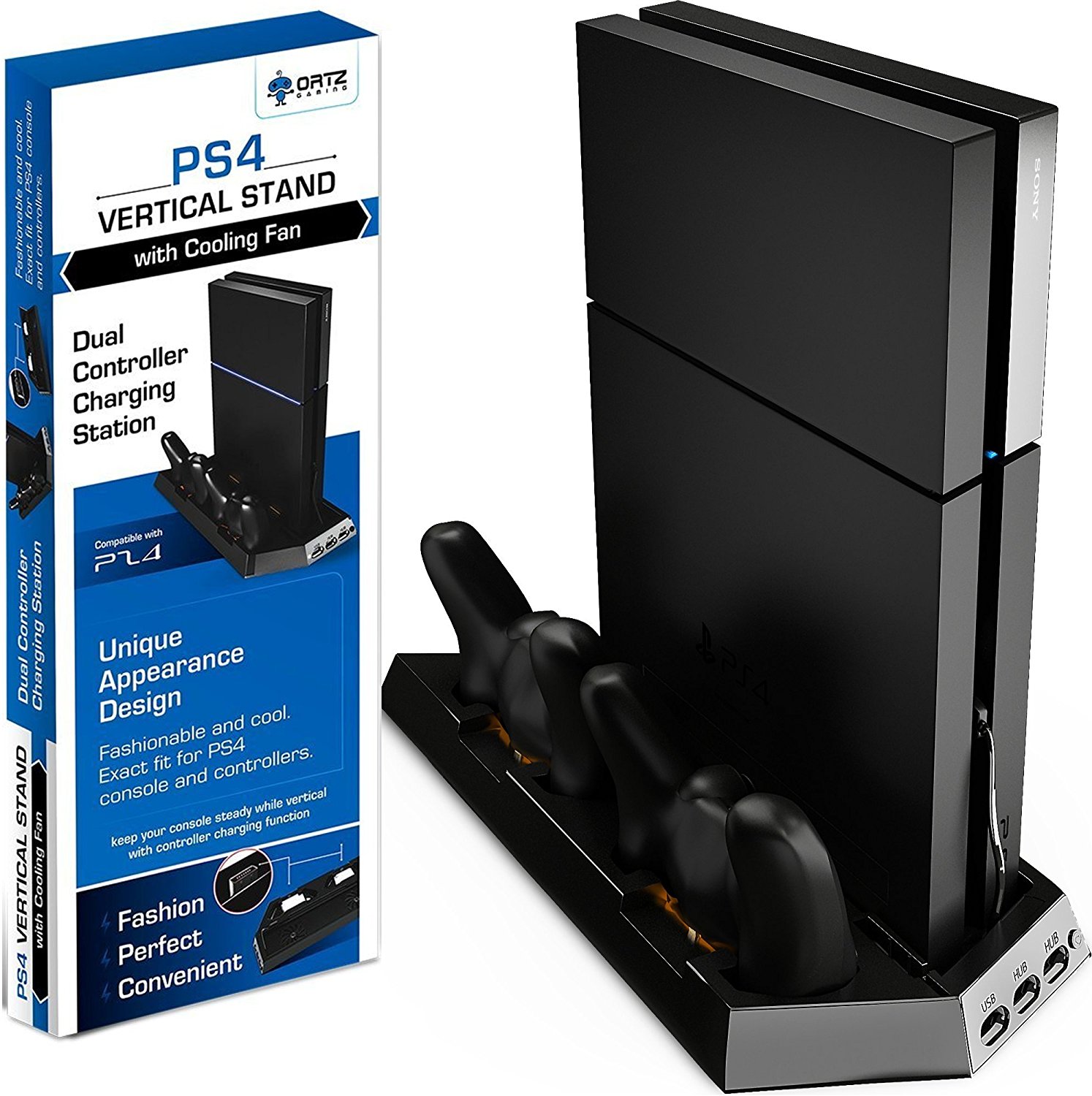 The Ortz Vertical Stand has a slightly bolder look than some of its competitors, with a wide, hexagonal shape to its vertical stand. Ortz is also powered by a USB that includes two extra ports for charging your controllers, as well as a built-in cooling element to help keep your system a bit cooler during those marathon gaming sessions.

Sometimes you just want the product that’s going to get the job done, without having to consider any additional bells or whistles. This is a single-piece stand, built by Sony for the PlayStation 4 console. There aren’t any additional features here of any kind, just a small stand that won’t be grabbing attention or creating more clutter for you in the long run. 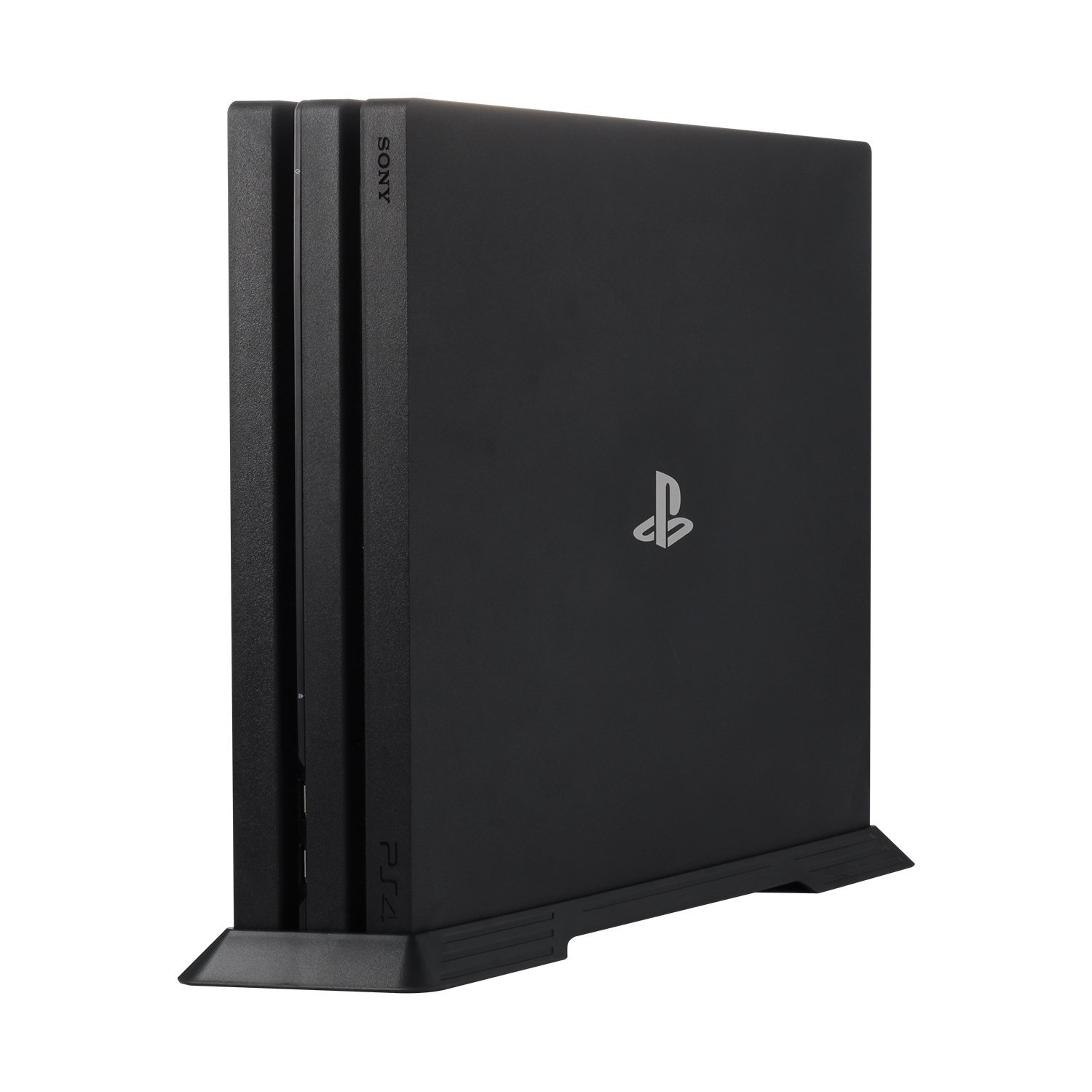 If you’re looking to get your Playstation up on its vertical axis but you don’t want to break the bank then you might want to consider the Younik Vertical Stand. It’s just about as basic as a vertical stand can be but it’s also about as cheap as it can be. It may not have a lot of extras but at such a low price point, it’s hard to complain. 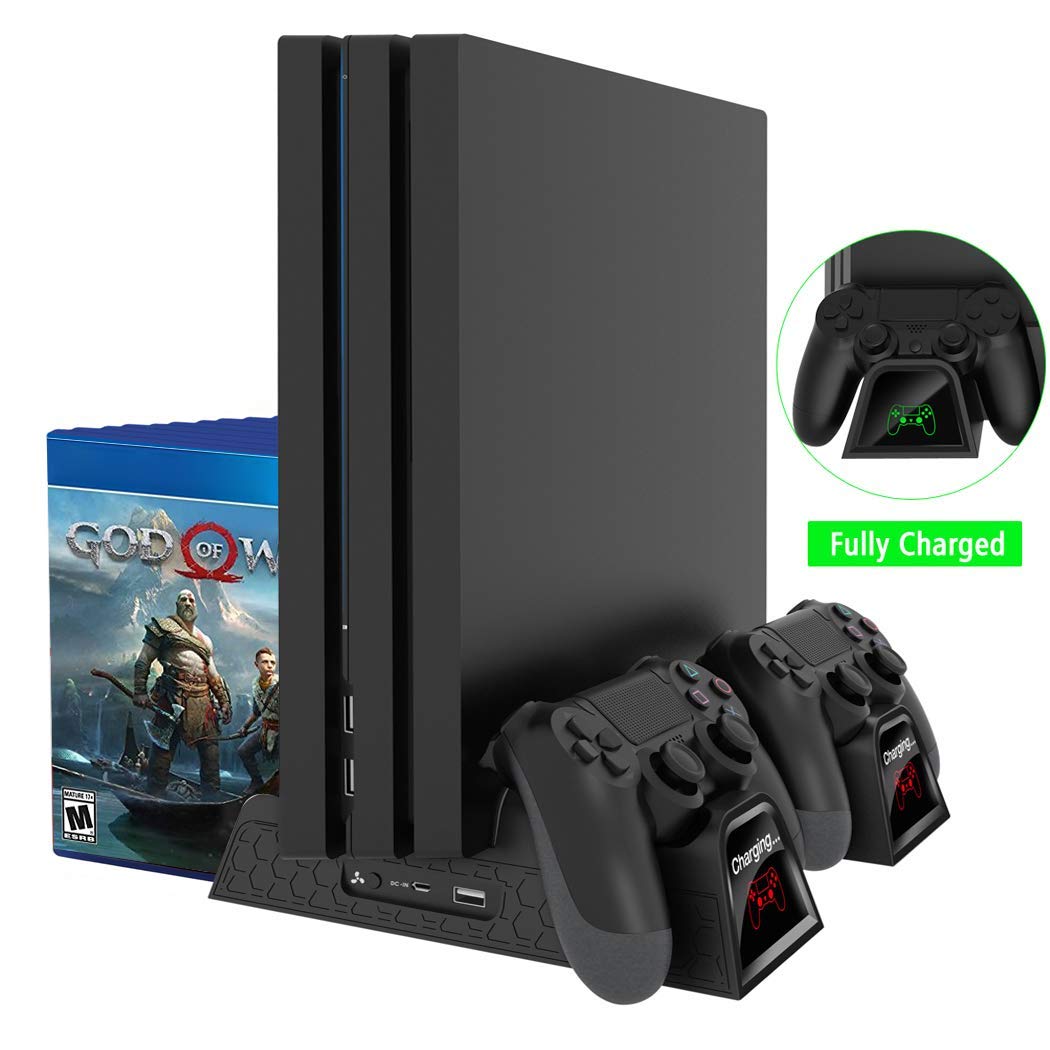 If you want to turn your PS4 on end but you also want to get some extras in the process, this Oivo stand may be right up your alley. The base includes a built in cooling system which will hopefully keep your PS4 running cool and quiet. It also includes a charging dock for two controllers which actually features LED indicators to let you know when they are fully charged. It may run a few more bucks than other stands but you get a lot for your dollar.

Have you gone vertical?

Vertical stands can help you to save some room if you are rearranging your entertainment center, as well as being a great way to ensure that all of your controllers are charged and ready for when you want to play. Have you been considering a vertical stand? Try my favorite, The Oivo Stand and you will always know when your controllers have a full charge. Is there an excellent stand we didn’t cover that we should know about? Be sure to leave us a comment and let us know about it!

Updated March 2018: Added prices on all stands and included the Oivo stand.

Read more from News
← Does the Amazon Cloud Cam work with other Alexa products?
Find the best deals on a DJI drone →