iFixit has completed a teardown of the Apple Watch Series 4, providing a look inside a larger 44mm model with LTE.

Image Credit: iFixit
The repair experts believe that while the original Apple Watch was awkwardly layered together and used too much glue, the Series 4 lineup feels “much more thoughtfully laid out,” likening it to the iPhone 5.

Apple pundit John Gruber has compared this to the leap in design brought by the iPhone 4, and we might even go a bit further and call it an iPhone 5: a device that knows its priorities, and wants to look as elegant inside as out.

At first glance, the internal design of Series 4 models looks more or less the same as previous models, with the battery and Taptic Engine taking up most of the space. Dig deeper, however, and the changes become evident. 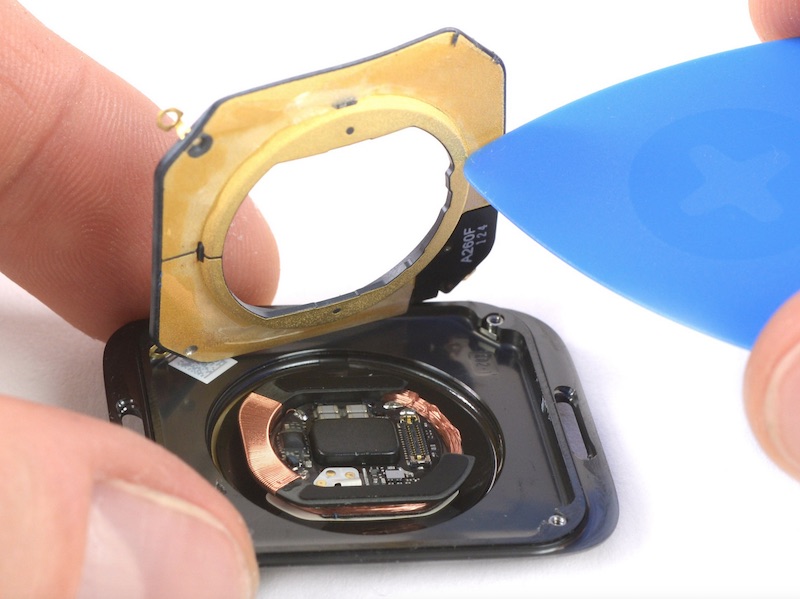 iFixit says the Apple Watch Series 4 is nearing iPhone levels of repairability, with the highly-glued display being the primary remaining obstacle. Beyond that, they say the battery is straightforward to replace. 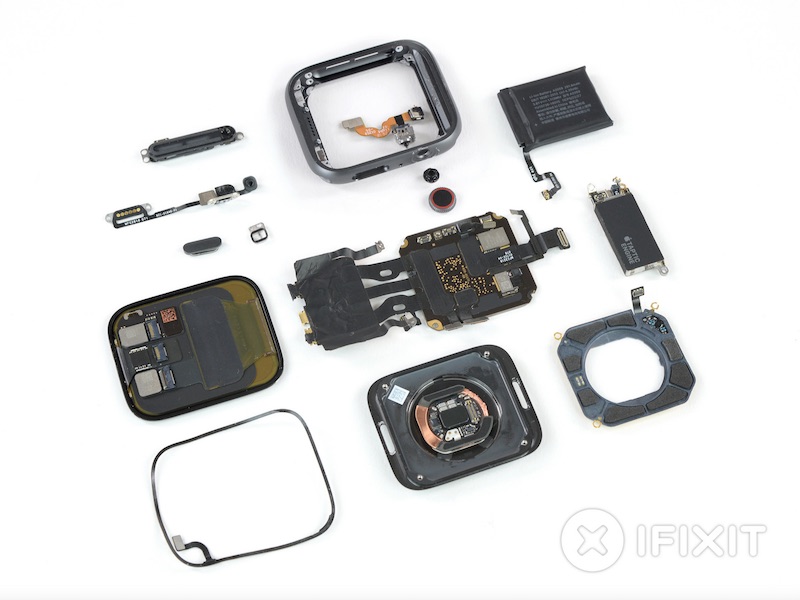 Image Credit: iFixit
All in all, the Series 4 received a “solid” 6/10 on iFixit’s repairability scale, with 10 being the best possible score. That’s the same repairability score iFixit gave the iPhone XS and XS Max in its teardown of those devices.