Which 4K OLED sets are worth buying?

There’s a ton of 4K content available now thanks to services like Netflix, YouTube and iTunes, with the latter two not even charging a premium for the higher resolution. Many high-end phones record in UHD as well. Combine all that with falling TV prices, and it’s a great time to buy a 4K television. However, if you really do care about getting the best picture, you’re going to want an OLED display. They’re still more expensive than LCD sets, but in exchange you get deeper blacks and more vibrant colors. But with so many new televisions boasting fantastic image quality, which is the best for your particular needs? We’ve scoured the web, reading reviews from trusted critics to determine which OLED TVs you should be considering right now. 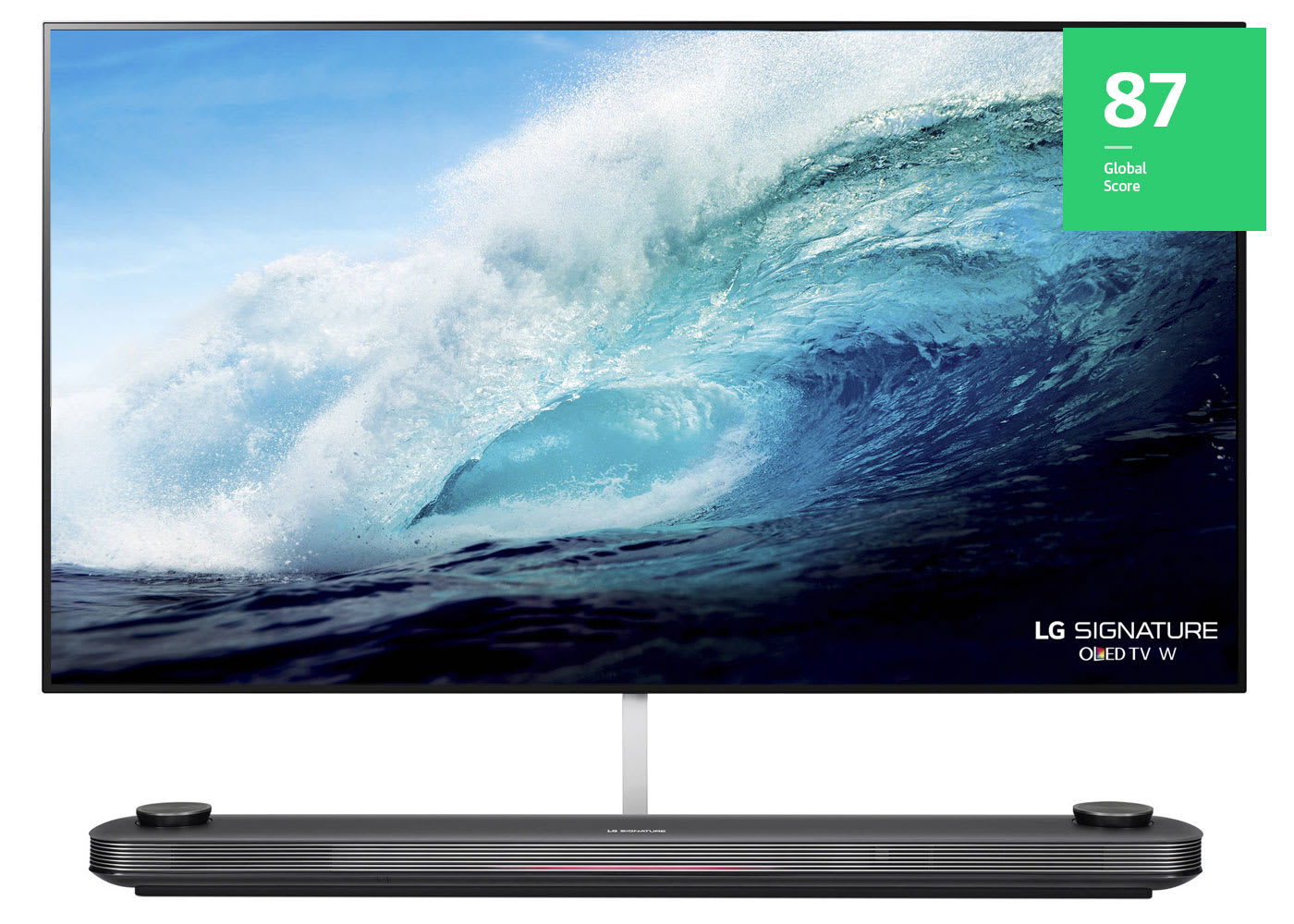 The W7 is only 2.57 millimeters deep, with one hell of a party trick: You can actually bend this thin set, which is sure to freak out your friends on movie nights. But that ridiculous slimness belies the W7’s outstanding picture quality, which Digital Trends likes for its “perfect blacks, excellent brightness and contrast, near-perfect color, and top-notch picture processing.” Basically, everything you could ever want. The W7 is no slouch in the sound department either, outsourcing it to a separate bar that offers “crisp, clear audio” that Stuff says “most TVs and a number of soundbars just can’t match.” Couple all that with LG’s excellent webOS user interface and you’ve got a TV that impresses across the board, living up to the two Best of CES Awards that Engadget gave it back in January. Unfortunately, its price is also four times that of other LG sets. Many of those even use the same panel, making them better deals if you don’t need a statement piece for your living room. 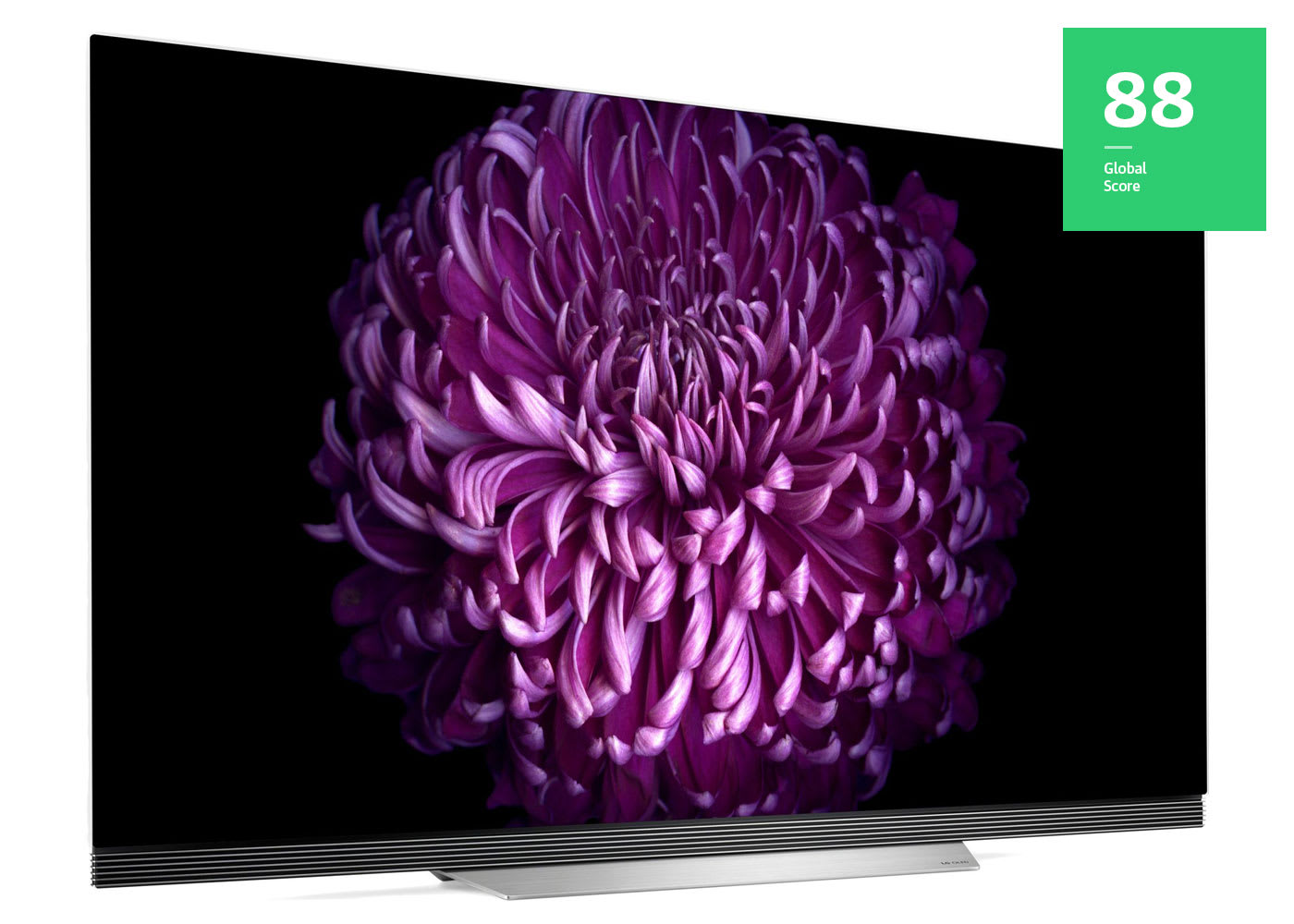 The E7 may not have the “wow” factor of the astonishingly thin W7, but it’s still in the running for most attractive set of 2017, thanks to its “picture on glass” design that puts the OLED display directly on its front surface. Pocket-Lint calls it “ridiculously gorgeous” with strong image quality to match. What Hi-Fi took note of is its improved brightness over last year’s models as well as a “neutral and natural approach” to colors that delivers punchy tones when needed but also handles subtle shades well. The sound is also respectable, though it doesn’t quite live up to its Dolby Atmos badge; audiophiles should invest in a home theater system instead. However, most people will probably be satisfied — Tom’s Guide says the audio is “surprisingly robust” enough that a standalone soundbar is probably unnecessary. 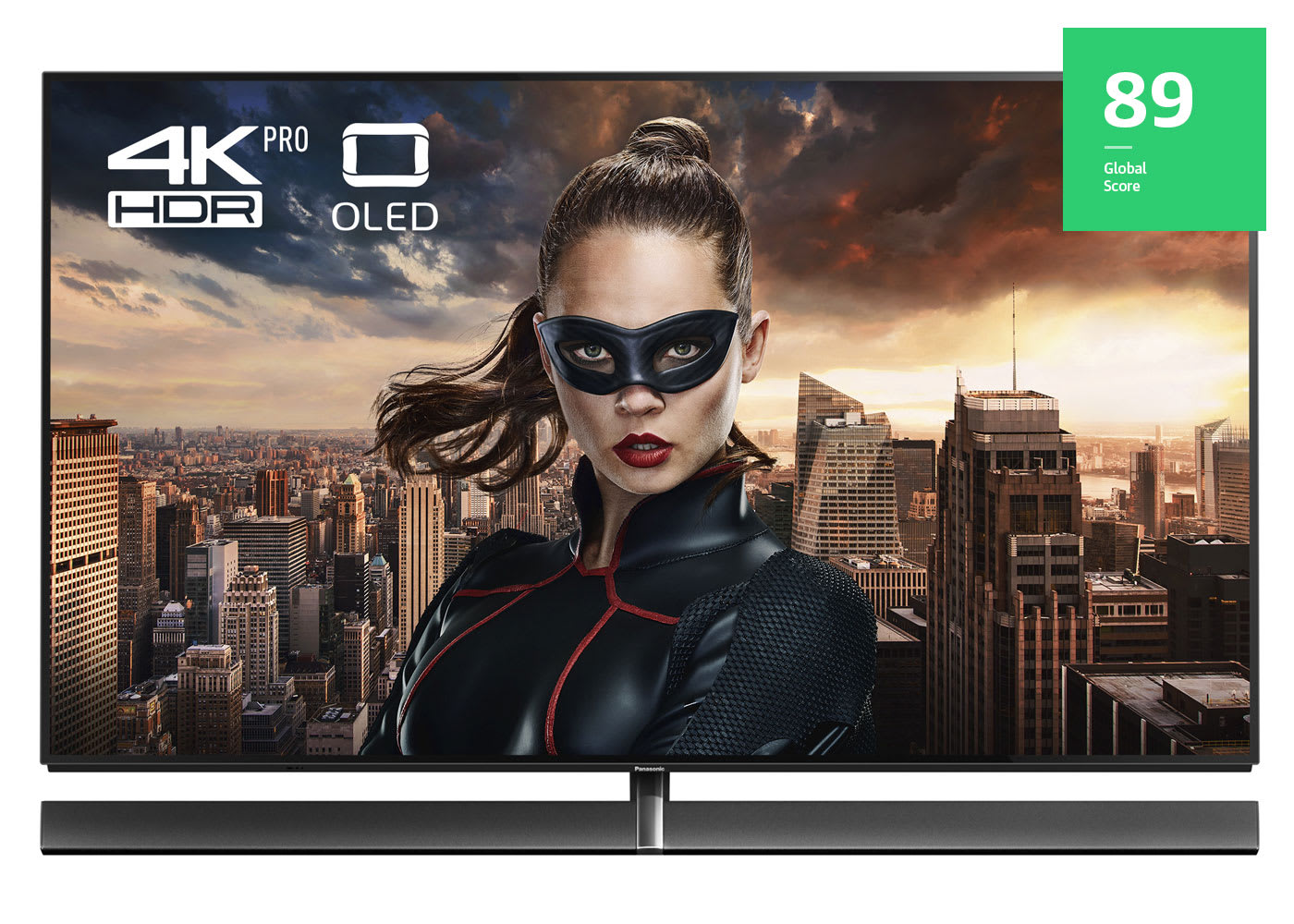 Plenty of OLED TVs boast about bright colors and deep blacks, but the Europe-exclusive EZ1002 is the only one that can make the claim to “reference grade,” meaning it’s the kind of TV that film professionals use to calibrate colors. Forbes says it certainly lives up to that promise, thanks to its combination of “stunning tonal finesse” and a “startlingly wide but always natural range of tones.” It’s the “most accurate out-of-the-box greyscale and gamma performance” ever measured by AVForums, and Pocket-Lint goes so far to say it’s the “finest picture quality the TV world has ever seen.” If you’re a hardcore cinephile who would like to watch films as the director intended, this is the ideal set to hook up to your UHD Blu-ray player.

Sony’s Bravia televisions have always been one of its more outstanding product lines, and with its first foray into 4K OLED, the company comes out swinging. The A1E boasts one of the more unusual designs on the market, putting a kickstand on the back so all you focus on is pure picture. With no stand to tuck a soundbar into, the set uses the screen to deliver audio. The overall effect of this “acoustic surface” is that Tom’s Guide felt as if dialogue was coming right out of the mouths of the actors. Pocket-Lint says the soundstage was expansive enough to “fill a big room,” though Forbes noticed it occasionally trips up on the bass at louder volumes. One thing that doesn’t falter is the image quality, with TechRadar admiring its “exquisitely detailed, contrast-rich and colourful pictures” and Pocket-Lint finding it “nothing short of beautiful.” The only mark against the A1E is that the user interface relies on Android TV, which isn’t as elegant as LG’s solution. However, anyone already invested in Google’s ecosystem will feel right at home. 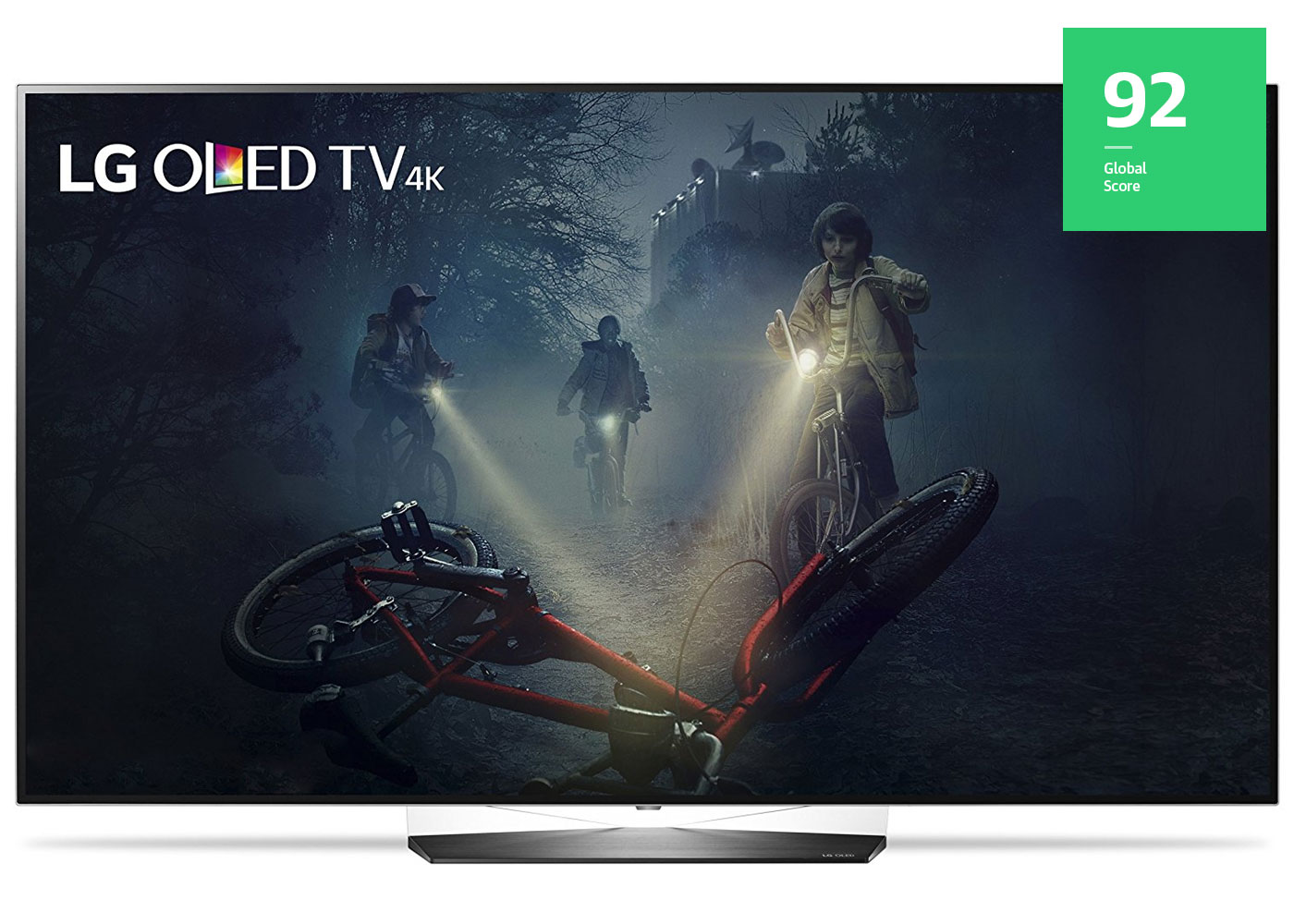 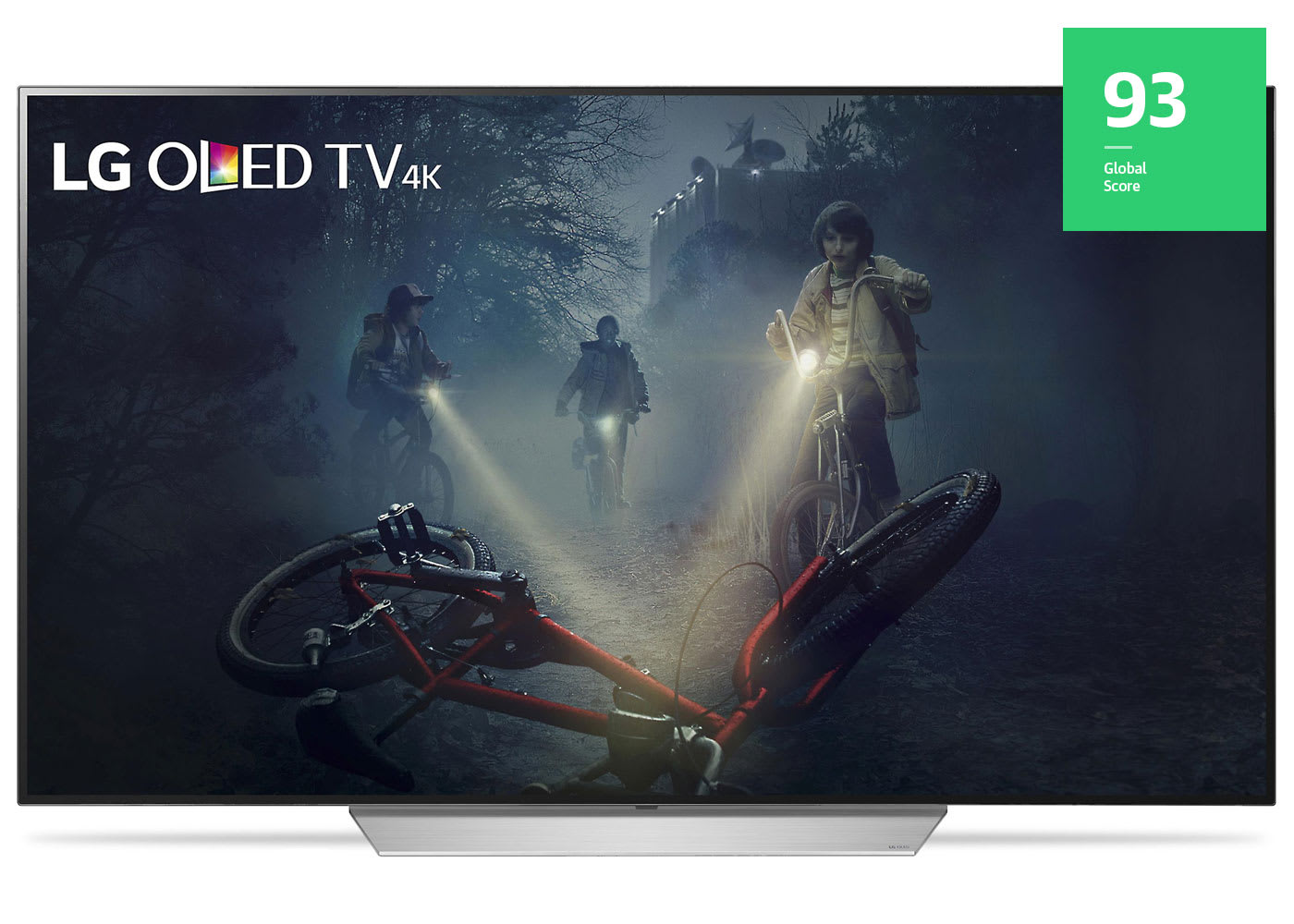 LG dominates the OLED market right now, and with sets like the C7 it’s easy to see why. Its thin bezels and simple stand has CNET calling it “a beautiful study in minimalism.” If you don’t like the stand you can always opt for the slightly cheaper B7, which offers the same display panel and user interface but with a base shaped like an arc. Both stands offer what Stuff calls “spacious sound with pretty decent dynamics,” but you’re still better off buying a dedicated soundbar or home theater system. The image quality is certainly no slouch, and Wirecutter actually calls it “close to perfect.” Stuff was impressed with how the set handled dark scenes, calling them “dynamic and dramatic,” while TechRadar loved the “gorgeous consistency” of its colors. It might not be reference quality, but the C7’s (and B7’s) images are real stunners, offered at a far more wallet-friendly price than the sets from Sony and Panasonic. Add in webOS for an appealing and intuitive user experience, and you’ve got a set that will please everyone in your household.