Twitterrific has been through quite a few iterations.The Iconfactory’s first third-party Twitter client originally launched for Mac then languished (thanks in part to Twitter’s user caps) while the company focused all its efforts on an iOS version. That was pretty sad for the company that originated the term “Tweet.” In February of this year, however, the developer took to Kickstarter to fund the development of an all-new macOS Twitter client. The project is now a reality: Twitterrific for macOS is available for $20 in the Mac App Store. 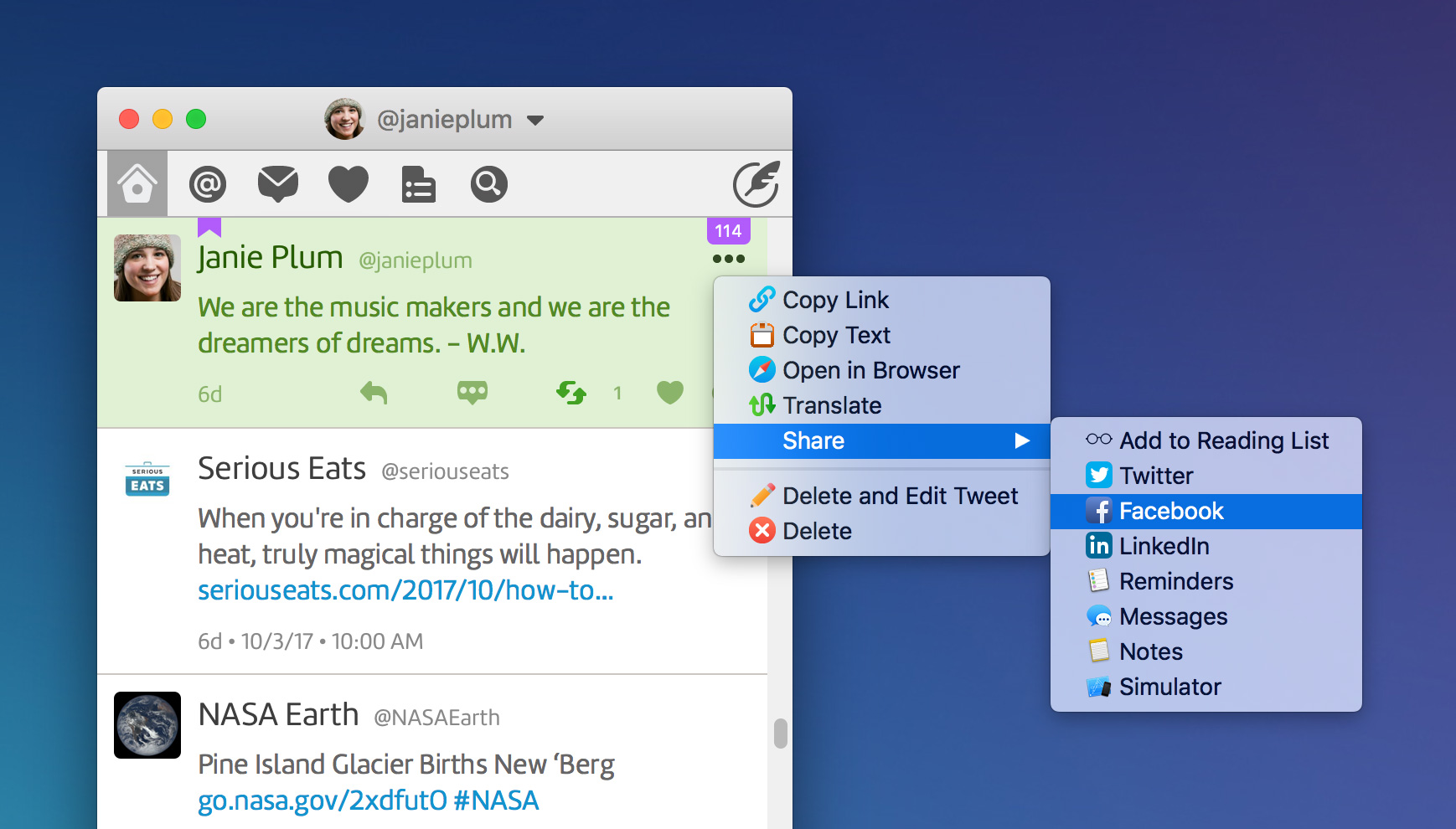 According to Iconfactory, “The app has been re-imagined from the ground up to be both fast and friendly, and is chock full of modern features that make Twitter fun to use.” Using Twitterrific promises to be an uncluttered experience, as the developer scrapes out ads, promoted tweets and “while you were away” updates. Tweets are shown in chronological order, and other people’s likes won’t be part of your stream, unlike the Twitter website or official app. Twitterrific for macOS supports Notification Center, plays nice with Mail, Messages and Facebook. Twitterrific still has its iconic multi-window layout that you can go full screen with, but also now has a new Media Viewer to let you browse multiple images and videos. Media can be detached to its own window, too. 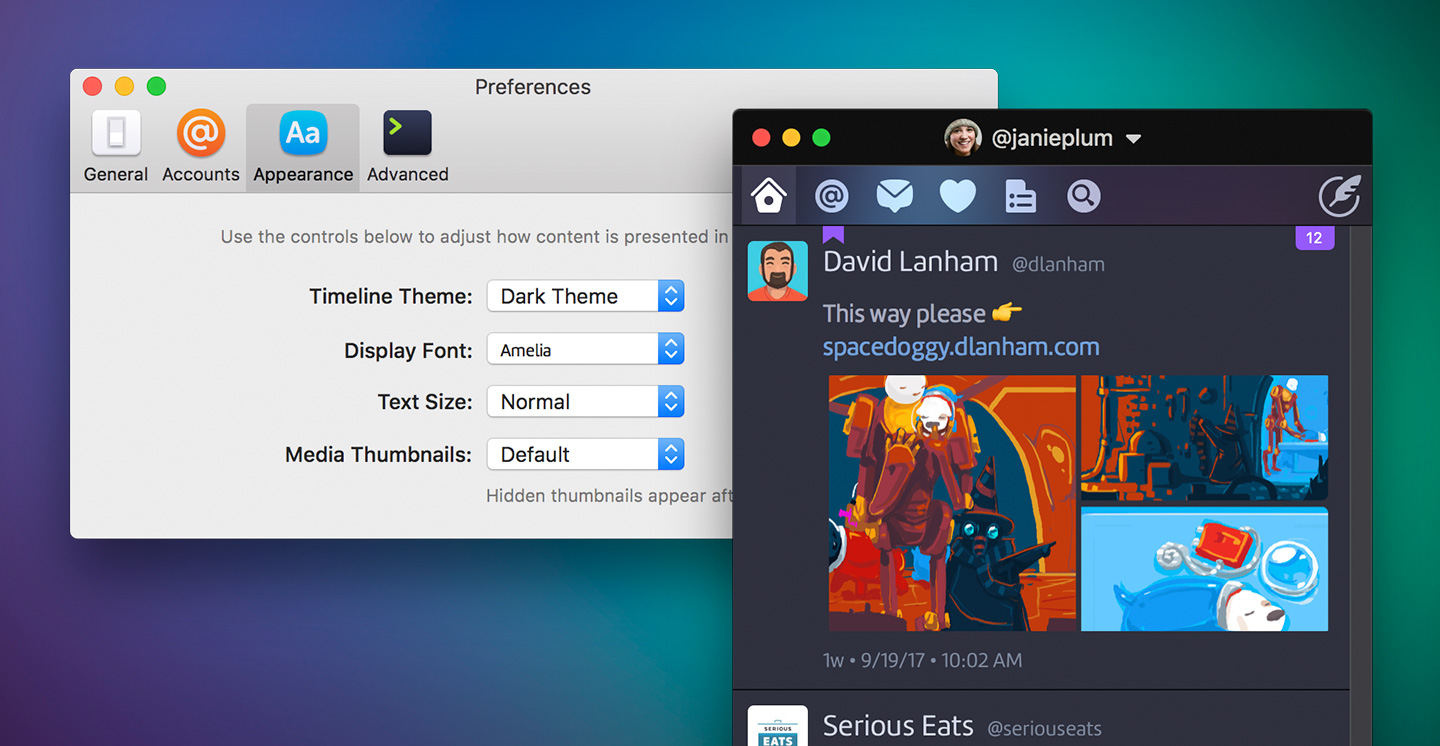 The developer promises full accessibility for Twitterrific, too, which empowers users with disabilities to navigate their timeline, compose tweets and attach image descriptions using VoiceOver. These will be read to users along with the text via the same system. Twitterrific supports both light and dark visual themes, along with full support for font and type sizes. You can also decide whether to show media thumbnails in the timeline, minimize them or let them stay at the default large size. If you use the app on your iPhone, iPad or another Mac, Twitterrific will sync your feed reading position across devices.

And that’s not all. You can delete and edit your own tweets in the app itself, use Emoji in your messages, read tweet storms as a thread, and translate tweets into your own language. You can view user profiles and past tweets, likes and mentions, block and report spammers with a click and use keyboard shortcuts and commands to manage it all without a mouse.