After 10 years, I’ve finally accepted that ‘Half-Life’ is dead

Ten years ago today, Valve released Half-Life 2: Episode Two. It was the second of three announced games that directly continued the story that started in 2004’s heavily lauded Half-Life 2. Episode One and Episode Two were released in 2006 and 2007, respectively, with the second ending on a major cliffhanger. Unfortunately, this is where the Half-Life universe ends.

The first Half-Life and its sequel had endings that wrapped up the main story in each game, though both games left players with plenty of unanswered questions. Episode Two, on the other hand, had a very Empire Strikes Back ending that begged for resolution. Throughout one full game and two episodes, protagonist Gordon Freeman is accompanied by scientist and all-around badass Alyx Vance, who has worked with her father, Eli, to help humanity resist the aliens that have enslaved the species. At the end of Episode Two, Freeman, Alyx and Eli experience a temporary victory, closing a portal that traps the Combine aliens on Earth and giving humanity a last shot at freedom. The success is short-lived, however — two nightmarish aliens capture and kill Eli and are about to kill Freeman and Alyx until a last-minute rescue leaves them safe but devastated as the game fades to black.

With an ending like that, the game’s legion of fans were primed and anxious for the trilogy’s conclusion. We waited. And then waited some more. We got our hopes up, made jokes about how a full-fledged Half-Life 3 must be right around the corner, and got angry with Valve. Eventually, we knew in our hearts it was never going to happen. (Some fans are stuck on “angry,” though, and I don’t blame them.)

Valve hasn’t commented on the game in years, and the silence speaks volumes. Combine that with the departures of everyone who wrote the earlier Half-Life games, this summer’s “leak” of a detailed plot treatment for Half-Life 3 from one of those former writers and Valve’s focus on Steam over developing games and it’s hard to imagine the series ever being revived. 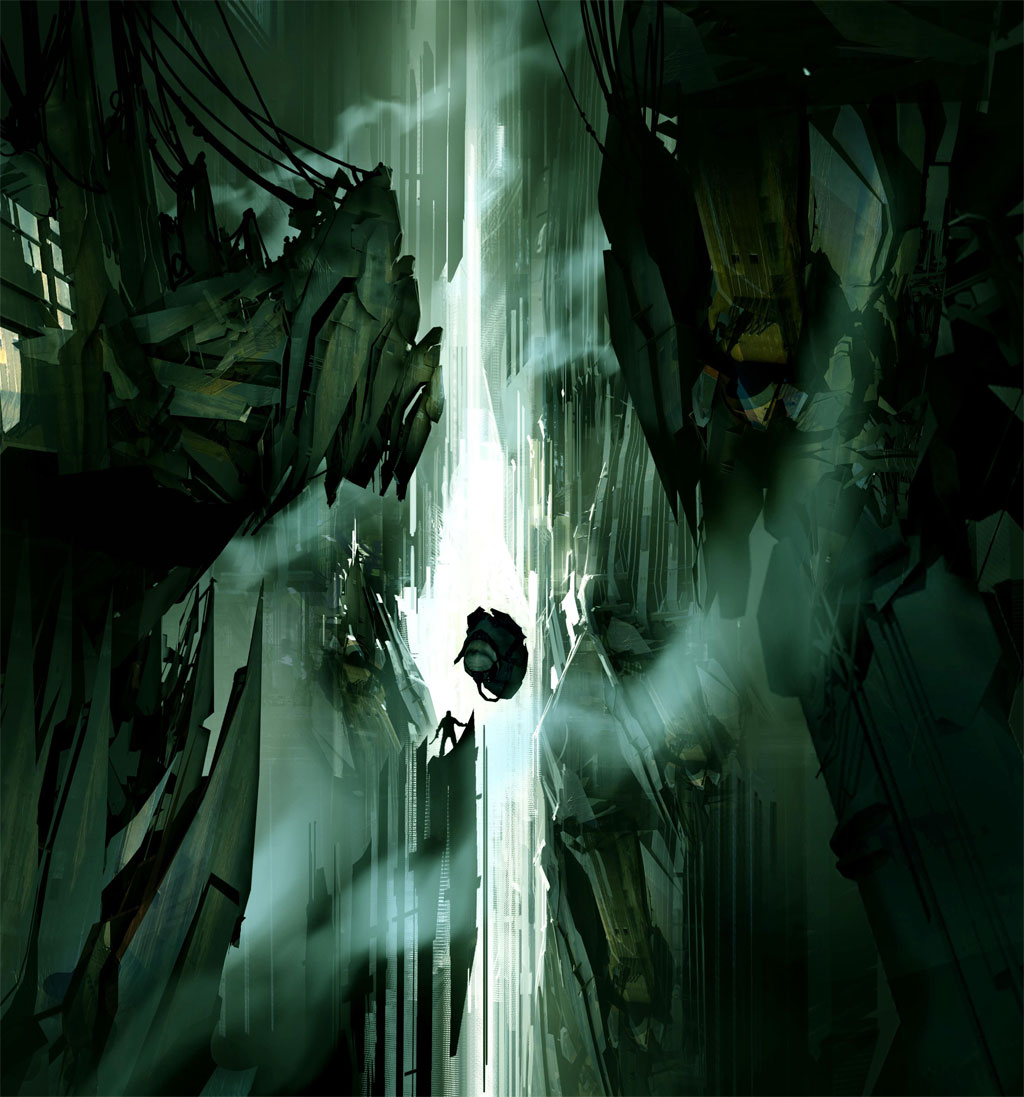 One of only a few official pieces of concept art released for Half-Life 2: Episode Three

At the risk of sounding like a whiney, entitled fan, I still have a hard time letting this go. Of course, Valve owes me and other fans nothing. But there’s something especially cruel about teasing fans with an ending like the one in Episode Two and then never following through. It’s sad for the players who love the Half-Life universe and the characters that inhabit it to get no resolution. I’m talking about the in-game events, but that comment could easily apply to the way the series has been handled the last 10 years. Essentially, Valve got us to buy game that ends two-thirds of the way through — that’s a pretty big slap in the face.

Naturally, myriad theories abound as to what happened to the franchise. Valve is notorious for its essentially flat corporate structure, something that allows for great creative freedom, but also makes it easy for projects to fall by the wayside. Steam also became a huge priority at the end of the last decade, reaching a point where it basically prints money. It seems obvious that more and more resources have been devoted to it, putting more traditional game development on the back burner. Valve has significantly slowed down the number of games it launches over the last five years in particular.

Much of the last five years or so has been devoted to the Steam box hardware, Steam OS and its SteamVR platform that works in conjunction with the HTC Vive headset. Simultaneously, Valve has spent plenty of its resources pushing Dota 2, a massive multiplayer battle arena that has become one of the best-known eSports titles. The game has a massive following and Valve has continued to put development resources towards it since it launched in 2013 — it’s fair to say that Dota 2 and Steam are the company’s priorities, and it’s hard to imagine anything else getting through at this point.

Yes, it’s possible that Half-Life gets revisited at some point. There’s clearly still demand for another game in the franchise, and we’ve seen plenty of long-dead titles brought back to life. But after 10 years, I think I’ve finally reached the “acceptance” stage of grief . When I think about the formative gaming franchises in my life, the ones that really stuck with me, that I turn to as gaming “comfort food,” Half-Life is near the top of that list, and that’ll probably never change.

I still have a blast replaying Half-Life 2 (though the original is showing its age after almost 20 years). But the sequel still delivers a great mix of tension, action, mystery and wonder. (Also, has there ever been a better weapon in a first-person shooter than the gravity gun? I think not.) I’m just not going to expect this story to get a conclusion. But like Gordon Freeman in Half-Life 2, I’m ready and waiting for the G-man to call me out of stasis again. Maybe someday, I’ll wake up and smell the ashes once more.