When GoPro announced it was working on a drone, pretty much everyone thought that it’d have some sort of “follow” feature. It didn’t. But it had the required technology all along. Finally, today, Karma is being updated to unlock that feature, along with a few other goodies.

There are two new “auto-path” modes in today’s update: Follow and Watch. The former, as you’d imagine, allows Karma to follow you, but there’s a small concession: It only follows the controller, so you’ll need that with you whatever you are doing. In reality, this is either not a problem, or highly impractical. If you want Karma to follow your car, it’s great. If you’re skiing in the backcountry, it’s a little less convenient. I predict this is a temporary measure, and we might see a GPS wearable accessory in the coming months. (Let’s hope!)

Watch sounds more like some sort of tripod mode. Send Karma up, tell it to “watch” you, and it’ll stay put, but rotate to keep the controller (or, rather, the person with it) in frame. This sort of mode is ideal for something like a skate park, where you’re moving within a closed area, and just want the drone to keep you in the shot. This same mode can also be found on AirDog, GoPro’s main rival in the action sport drone world. 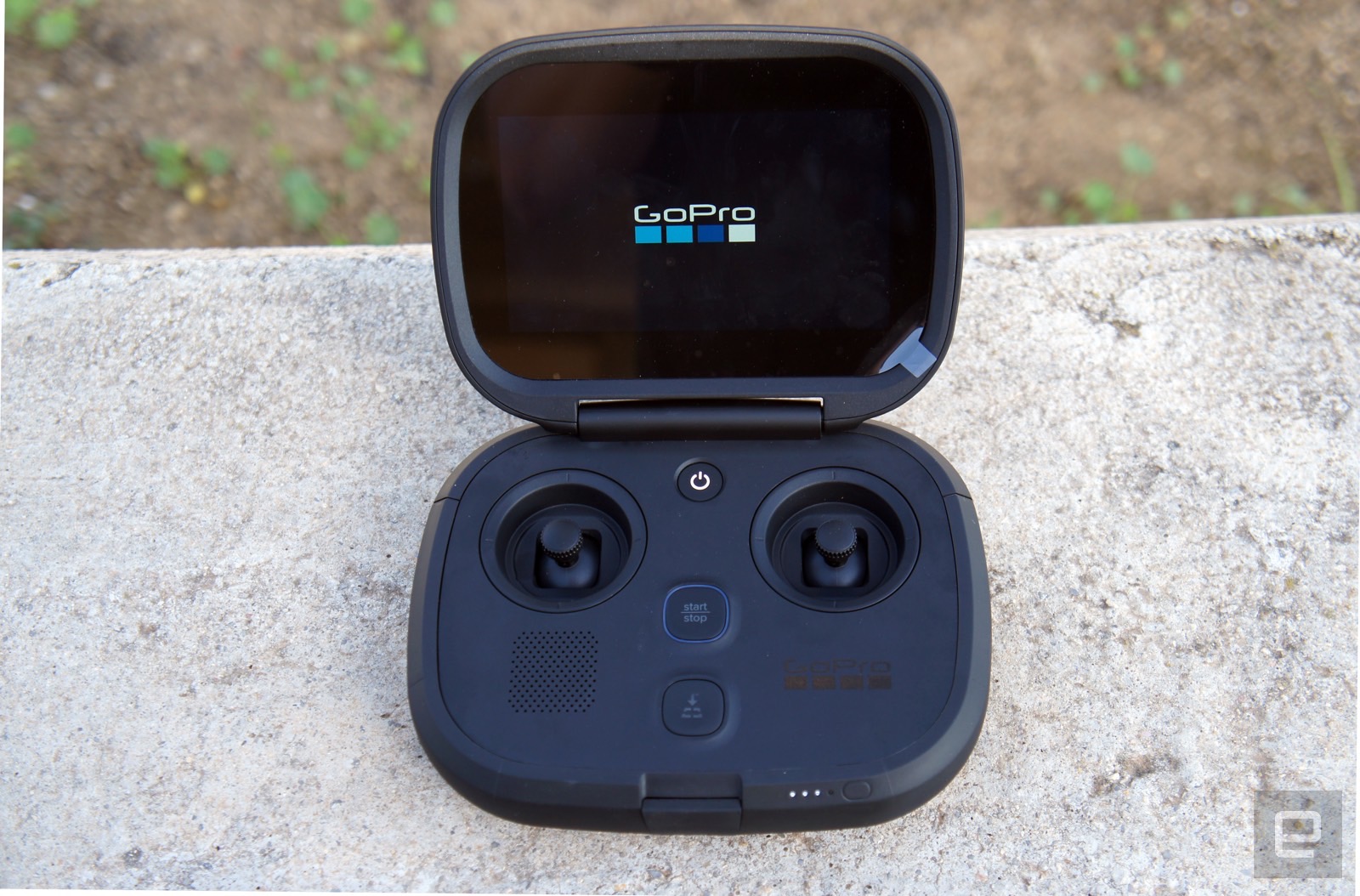 Other goodies in the update include the option to add up to 10 different waypoints in the “cable cam” mode. This is actually incredibly useful, as it allows you to map out complex paths for Karma to follow in advance, so you can plan creative swooping shots. You can still rotate and tilt Karma as it goes, opening up many creative possibilities. One final small update gives Karma a skill that not many other drones can do: the ability to look up. Drones that carry the camera directly below will always get the propellors or body in shot. Karma puts the GoPro at the front, so there’s nothing above it. Great for when flying under trees, or for shots where you want the camera to pan down to the horizon.

Some of these features might feel overdue, but it’s good to see that GoPro is still working on making Karma better. CEO and founder Nick Woodman has confirmed to Engadget that a second drone is in the works, so you can expect all of these updates, and hopefully, some more to be in the new model at launch (whenever that may be). The new Karma features are available today, so fire up your controller and connect it to your WiFi network to snag them.