Microsoft just launched its latest bid to bring its services into every aspect of schools and the workforce. To begin with, it’s offering its all-encompassing Microsoft 365 subscription to education. Schools can pay a single per-person rate to get Windows 10, Office 365, the Enterprise Mobility and Security Suite and even Minecraft: Education Edition. Office 365 for Education is already free, but Microsoft is betting that all the other perks will be worth it for faculty that wants a one-stop shop for the software they need. It’ll be available on October 1st — too late for the return to school, so don’t be surprised if you don’t see this used in earnest until the winter semester or next fall.

The company is also bending over backwards to court “firstline workers,” or the people you actually meet when you interact with a company (such as sales reps and clerks). There’s a version of Microsoft 365 for them (no Minecraft, sadly), but they’re also getting a slew of Windows 10 S laptops that take advantage of the platform’s Windows Store-only app access to boost security. More than anything, the focus here is on cost: the Acer Aspire 1 and Swift 1, HP Stream 14 Pro and Lenovo V330 range in price from $275 to $349, and they’re more notable for their no-frills “ultraslim” designs than any clever tricks. You aren’t going to crave one the way you might a Surface Laptop, but that’s not the point — this is about proving that Windows 10 S isn’t just for schools nervous about malware. 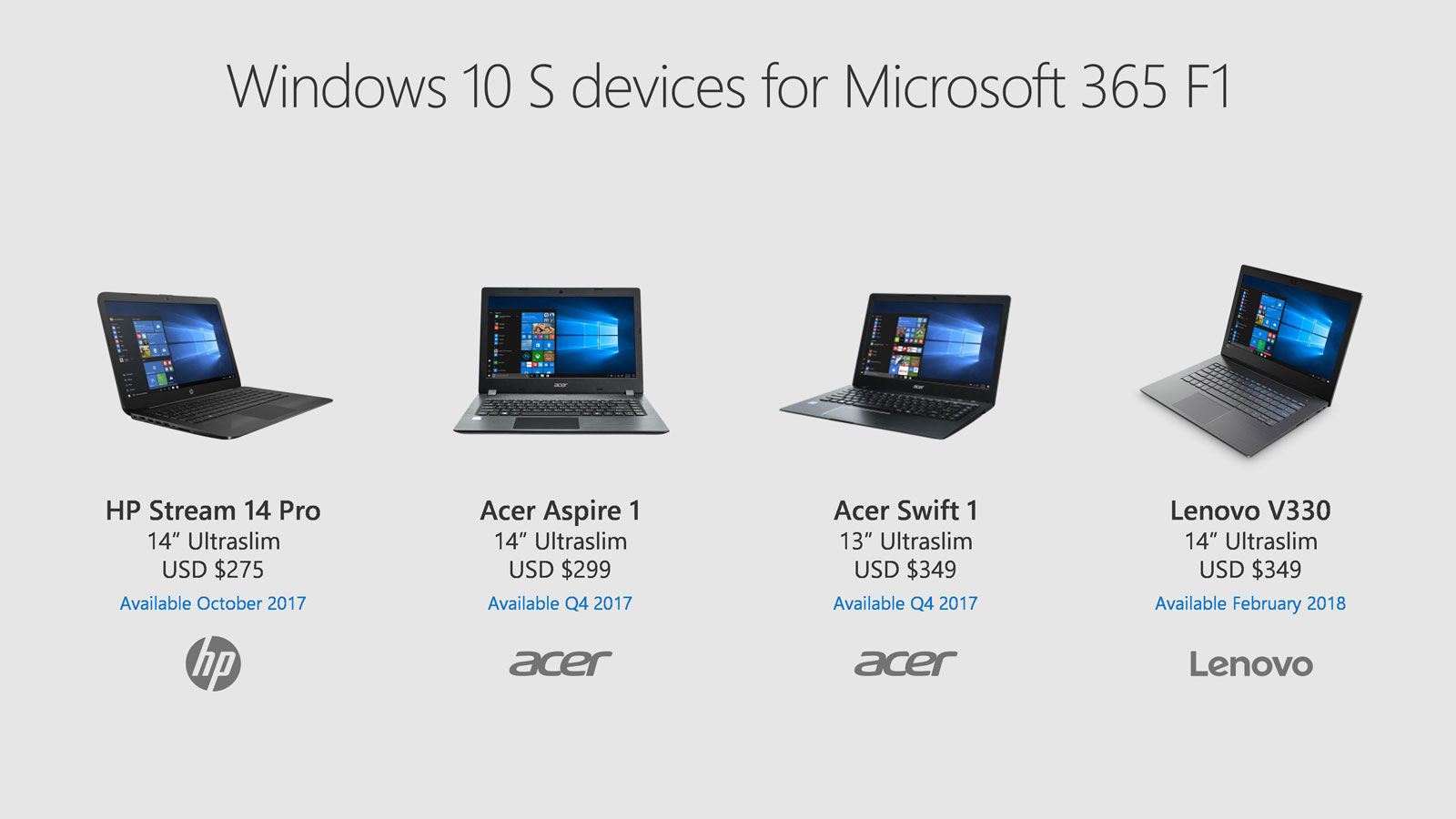 There’s also an important update about software that’s going away. Microsoft has announced that it’s focusing on Teams as its main communications tool for business, and it’ll gradually phase out Skype for Business as a consequence. This isn’t a huge shock, especially since Teams and Skype share enough architecture that they can coexist, but it reflects the effect apps like Slack have had on the working world. If Microsoft didn’t offer a direct alternative, there was a risk that it could lose an important part of the market to a startup. Teams won’t necessarily upset Slack’s early lead, but it’s now getting the kind of attention it might need to thrive at your workplace.