Fitness wearables will soon diagnose by design, not by chance

Apple has been very busy. This week, on the 10th anniversary of the iPhone, the company unveiled a 4K-ready Apple TV, three new phones and a campus and theater dedicated to late founder Steve Jobs. It also announced the Apple Watch Series 3, which sports a barometric altimeter to track your elevation, can now stream music and connect to a cellular network so you no longer need your phone for all your notifications and calls. But while those additions all sound useful, what really stuck out was a feature that has the potential to save lives.

At this week’s event, Apple teased something called Heart Study, which launches later this year. With the help of Stanford Medicine and the FDA, Heart Study will use Apple Watch data to detect irregularities in heart rhythms, including potentially serious conditions like atrial fibrillation. Details on how Heart Study will work or look are sparse at the moment, but it appears Apple’s device will keep an eye out for, and actively flag, irregularities in your pulse. That’s different from existing systems that simply chart your performance and don’t alert you to anomalies. 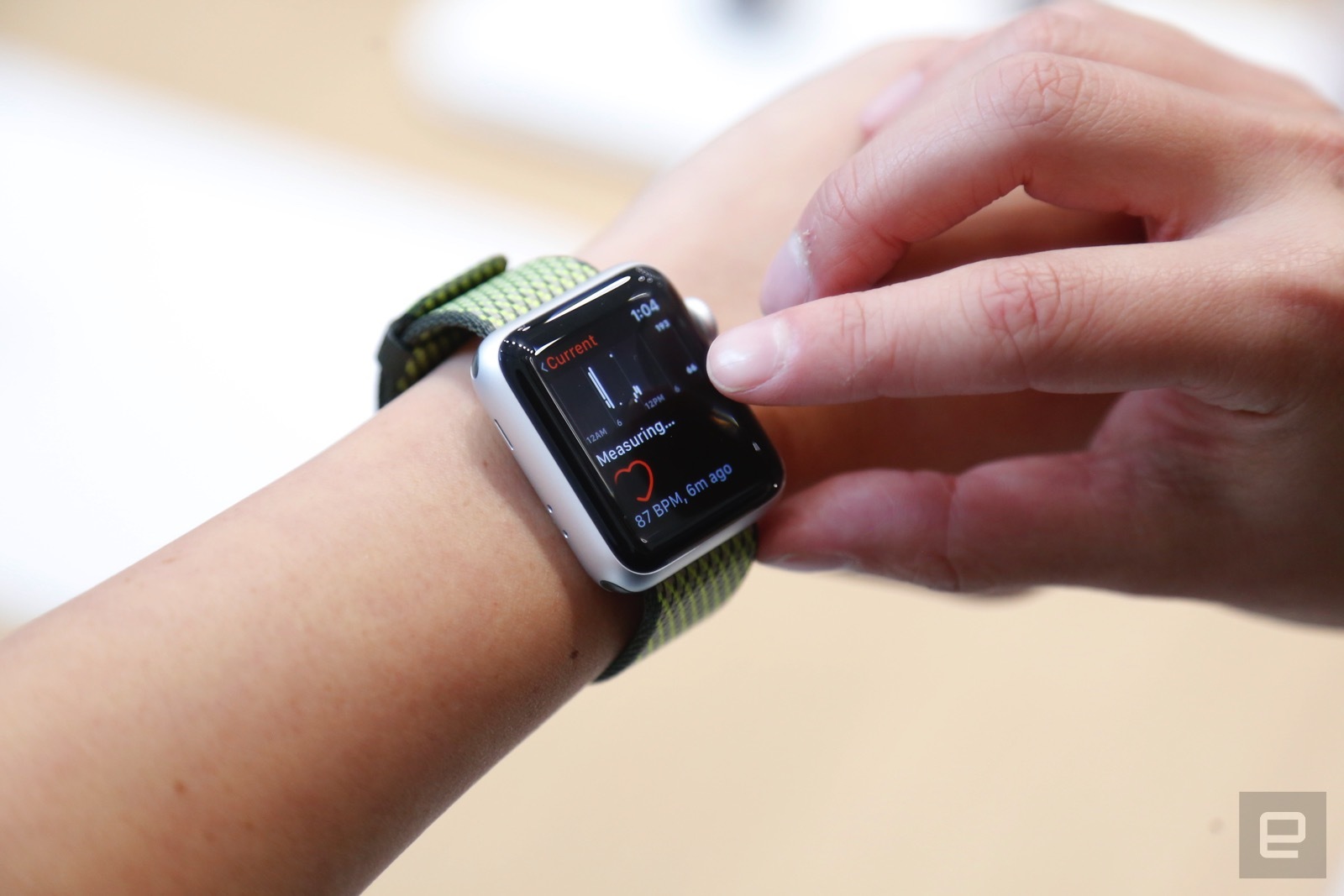 Of course, there are good reasons other companies haven’t implemented something like this. Just as trying to diagnose yourself via Google or WebMD could scare you into thinking you have cancer, having your fitness tracker alert you to every little pulse variation could lead to undue paranoia, if not severe hypochondria. Plus, coming up with accurate algorithms that can detect and differentiate between an actual pause in your heart rate versus, say, a temporary loss of contact between the sensors and your skin is tricky. But companies are already trying.

Fitbit, for example, is working on using the blood oxygen monitor on its new Ionic smartwatch to study and detect sleep apnea — a potentially serious disorder where a person randomly stops (and starts) breathing. Fitbit hasn’t rolled out this capability yet, so for now the hardware doesn’t do anything.

Some fitness devices, however, have already managed to save lives (or at least alert users to potentially life-threatening conditions) without specific sensors. Fitbit, for instance, shared a story of how 48-year-old Ken Cook from Wisconsin discovered he had “atrial flutter” after noticing the app said he had been working out for 90 minutes when he had not. There are many other examples of this happening — people saying their Fitbits and Apple Watches made them notice their abnormal heart rates and catching signs of conditions like atrial fibrillation that they would otherwise have missed. 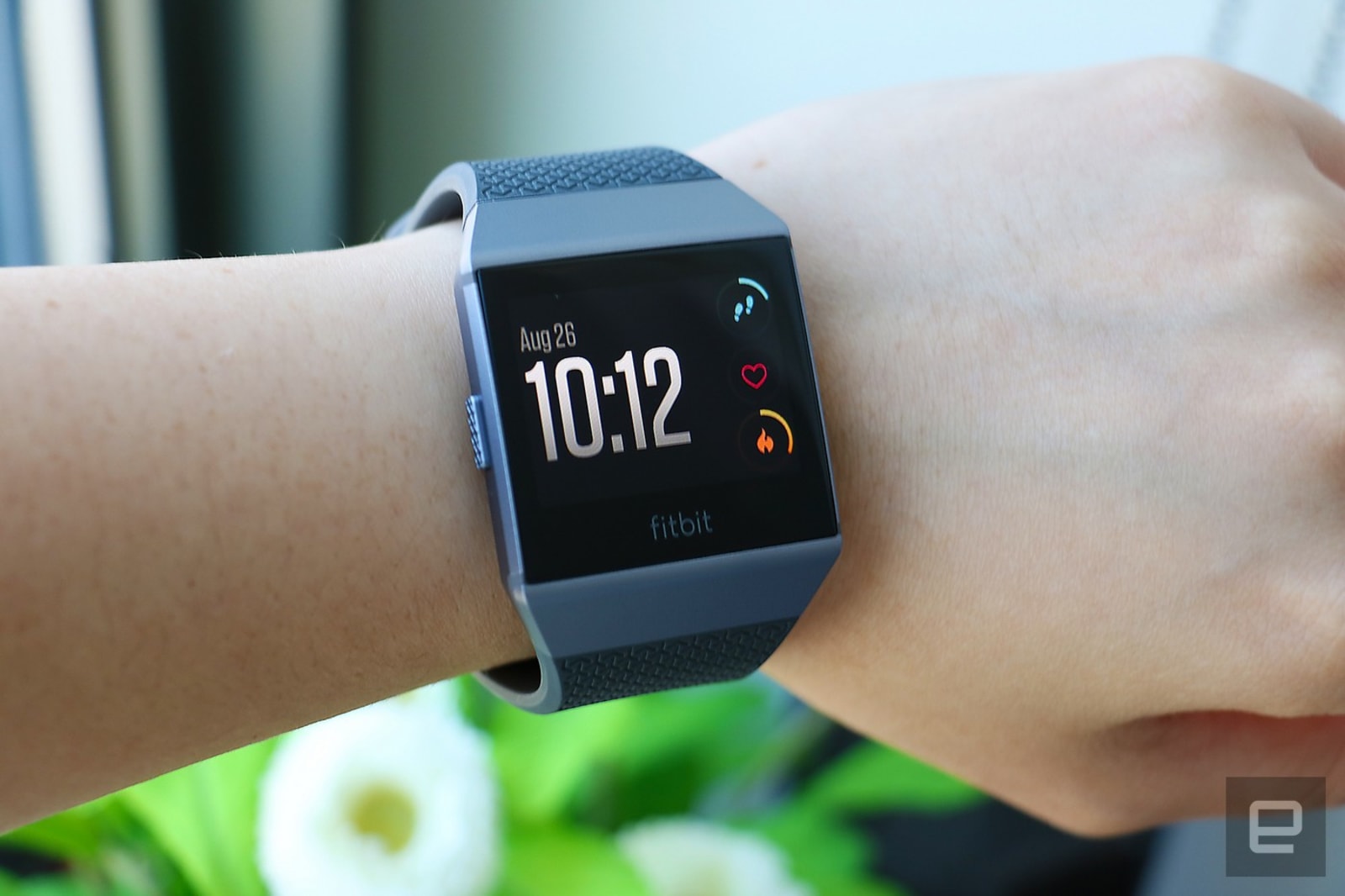 In those situations, the anomalies were discovered by chance. For example, Cook happened to be looking up his calorie intake in the Fitbit app when he noticed the supposed 90-minute workout it had been tracking. Instead of being a byproduct of the constant heart-rate monitoring, the Apple Watch’s updated Heart Rate app is programmed to specifically seek out these blips. According to the company’s page for the Apple Watch Series 3, “the Heart Rate app also notifies you if your heart rate rises above a set threshold when you’ve been inactive for a 10-minute period.”

What that means is if the Heart Rate app was in charge in Cook’s scenario, he would have gotten a notification that stated clearly what happened instead of a confusing page about a workout he never did. Whether that is informative or just plain scary will depend on Apple’s ability to deliver a convincing and reliable system.

Regardless, this is just the beginning of a future where our wearables and homes look out for, think for and perhaps even protect us by design. Just think: it’s not that much of a stretch to see these fitness wearables reporting our symptoms directly to our doctors or calling for an ambulance when they detect our hearts have stopped for longer than a specified period of time. Then, further in the future, trackers could even work with smart home devices to study the relationship between your bedroom’s air quality and your sleep in combinations with other real-time health data.

It’s too early to tell what Apple’s Heart Study will do and how accurate it will be at this stage. Figuring out the conditions under which to alert someone to a potential health problem and how to identify symptoms are enormously challenging and frankly perilous tasks. Will people eventually get desensitized to such alerts? Can you really trust your fitness tracker to tell you when your heart skipped a beat? When is such a symptom serious and when is it negligible? There are many questions left that we can’t answer until these systems roll out and mature, but until then we can only wait to see if tech companies will figure out a competent method at all.