Snapchat will now allow users to view their Bitmoji characters in augmented reality, through an addition to its previous “World Lens” feature. With the update, Bitmoji will be able to do yoga, skateboard, drink coffee, and more, all taking place in real-world surroundings in AR (via TechCrunch).

Image via TechCrunch
Similar to Snapchat’s popular dancing hotdog character, the Bitmoji will anchor to a spot in the environment and allow the user to walk around the characters for multiple angles and photo/video moments. They will be able to grow larger and smaller by swiping up and down on the screen, and multiple animation options will be available for users to choose from. Some of these will last longer than ten seconds, meaning Snapchat’s multi-snap feature will be needed to string longer clips together.

Snapchat was featured briefly during Apple’s September 12 media event, where Craig Federighi demoed a few face filters in the social media app. On iPhone X and iOS 11, Snapchat’s filters — and other AR experiences like the new World Lens Bitmoji — will be improved thanks to the advanced front-facing camera sensors of the iPhone X, and ARKit in iOS 11. 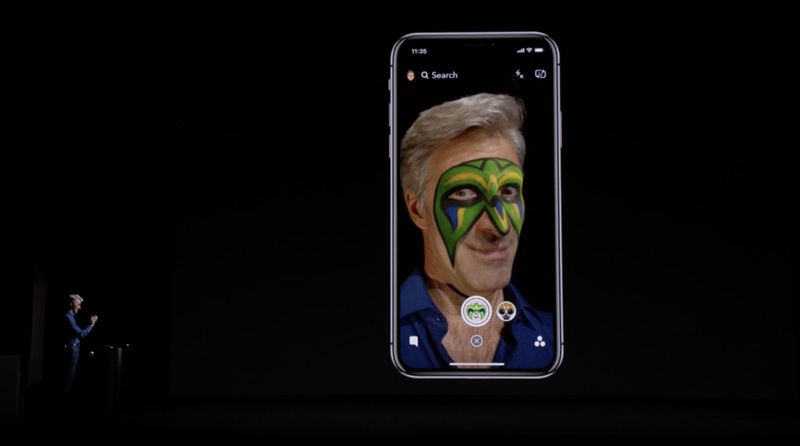 The AR Bitmoji feature is rolling out globally on iOS beginning today, with Android users planned to receive the update sometime in the future. To be able to use the Bitmoji in World Lenses, users will first have to download the Bitmoji app and create their own character.

Tags: Snapchat, augmented reality
Discuss this article in our forums