Xiaomi takes on the MacBook Pro by adding back some ports

It’s been well over a year since Xiaomi released its first laptops (if you even remember at all), and for some reason, the smartphone maker has decided to make more. Following the Mi Notebook Air series, we now have the 15.6-inch Mi Notebook Pro clamshell which, as you can tell by the name, is geared towards performance users thanks to its 8th-gen Intel quad-core CPU, NVIDIA GeForce MX150 GPU (aka the mobile version of GT 1030) and SSD. While it’s debatable as to how similar-looking the Mi Notebook Pro and the MacBook Pro are (naming convention aside), Xiaomi wasn’t exactly helping by dedicating a keynote slide to mocking the lack of mainstream ports on Apple’s machine.

As with many non-Apple laptops, the Mi Notebook Pro comes with a greater range of ports: two full-size USB 3.0 ports, a full-size HDMI port, an SD card reader and two USB-C ports — with the one closest to the hinge doubling as the power socket as well. In other words, you’re less likely to require a USB dock for your everyday needs on the Mi Notebook Pro, so long as you don’t mind giving up the speedy Thunderbolt 3 connectivity. Xiaomi was also keen to point out the 1.5mm key travel on its backlit full-size keyboard, and admittedly, I’ve yet to get used to the shallow key travel on my new MacBook Pro since its arrival two weeks ago. 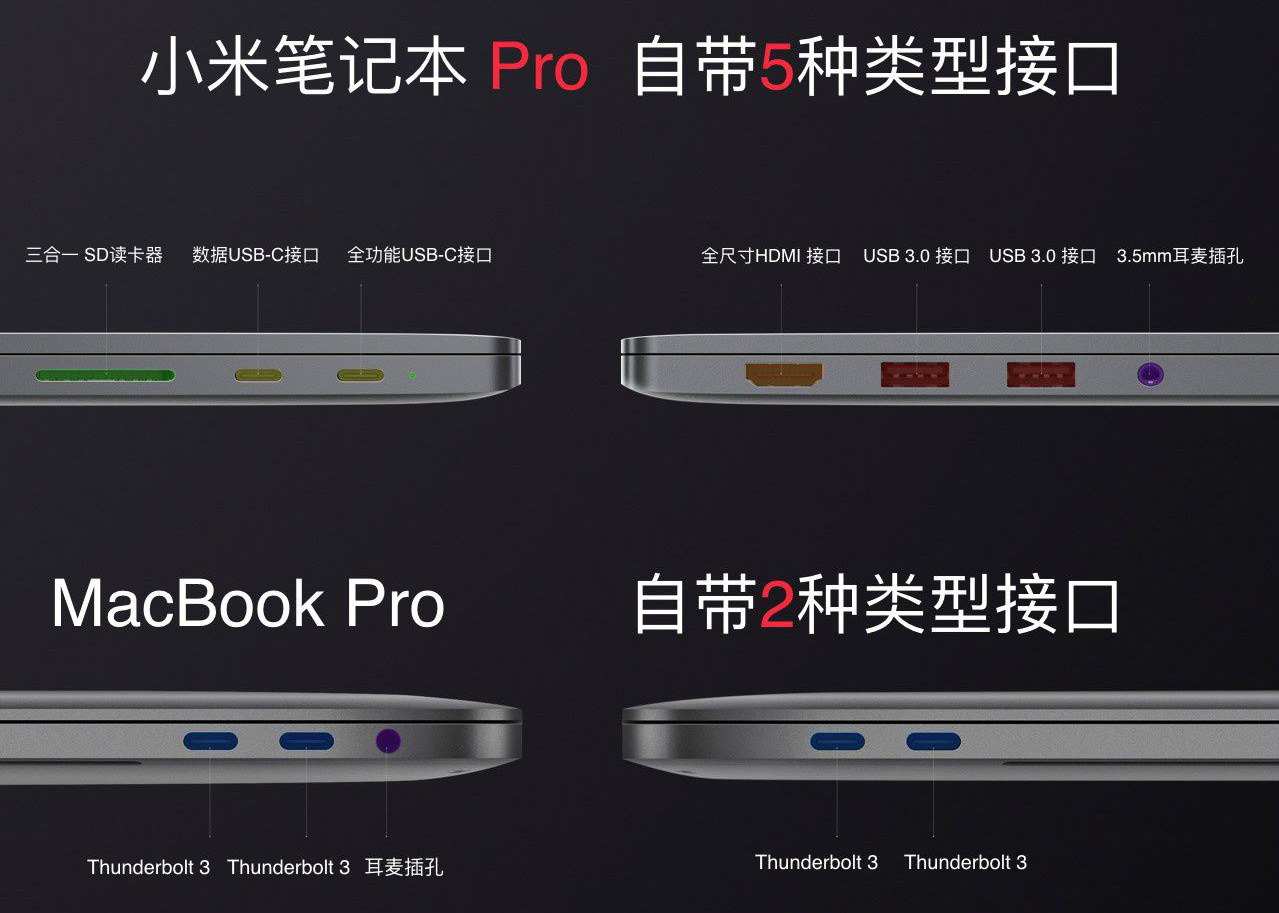 Other goodies on the Mi Notebook Pro include a fingerprint reader (Windows Hello supported) integrated into the top-right corner of the multi-touch trackpad, a 4-cell 60Wh battery with quick charge (up to 50 percent after 35 minutes), Harman Infinity speakers, Gorilla Glass 3 on the screen and a sturdy magnesium frame inside the aluminum chassis — which comes in at 15.9mm thick, by the way. The only letdown here is the 1080p display resolution and 72-percent NTSC gamut, neither of which sound very “pro.” 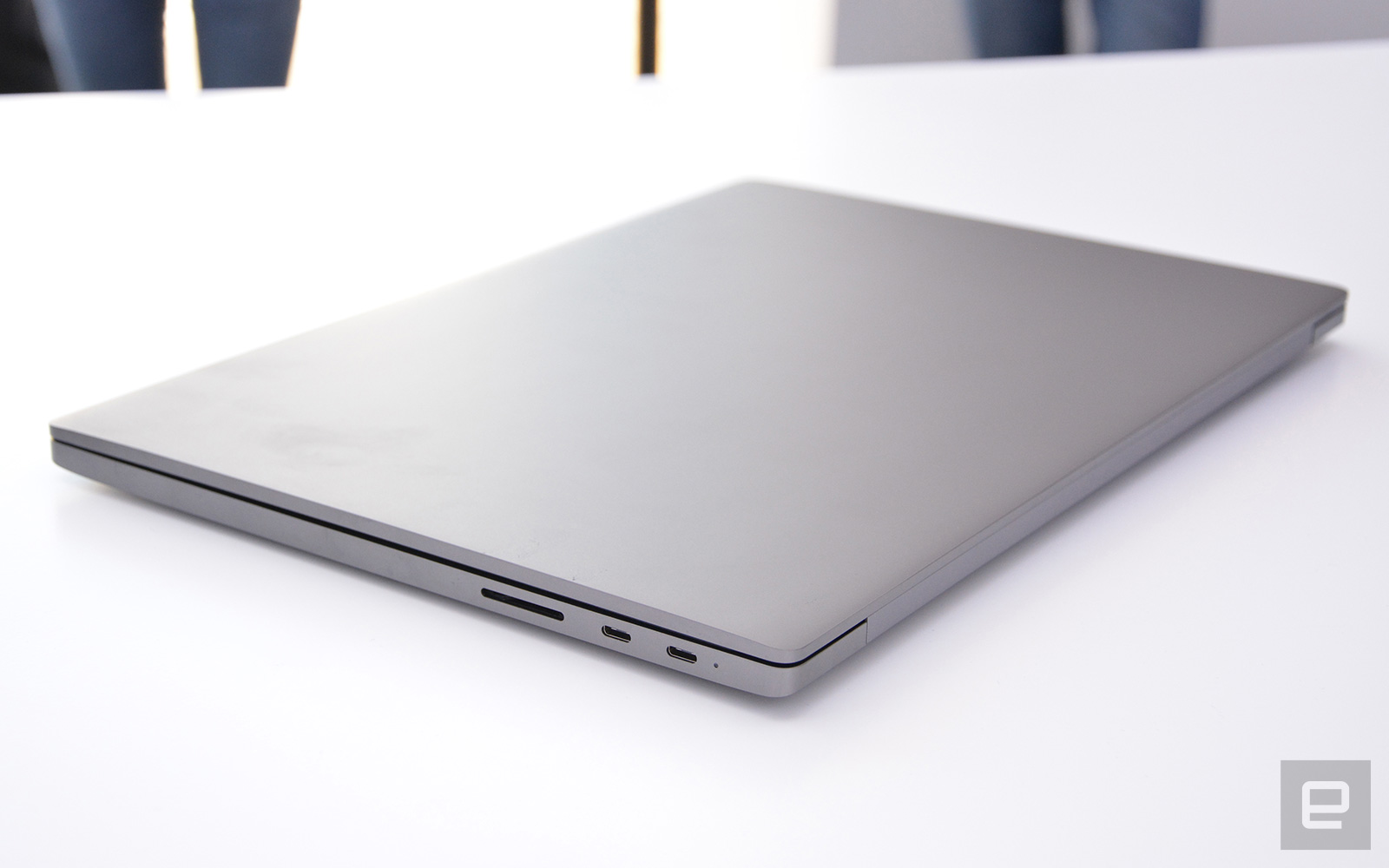