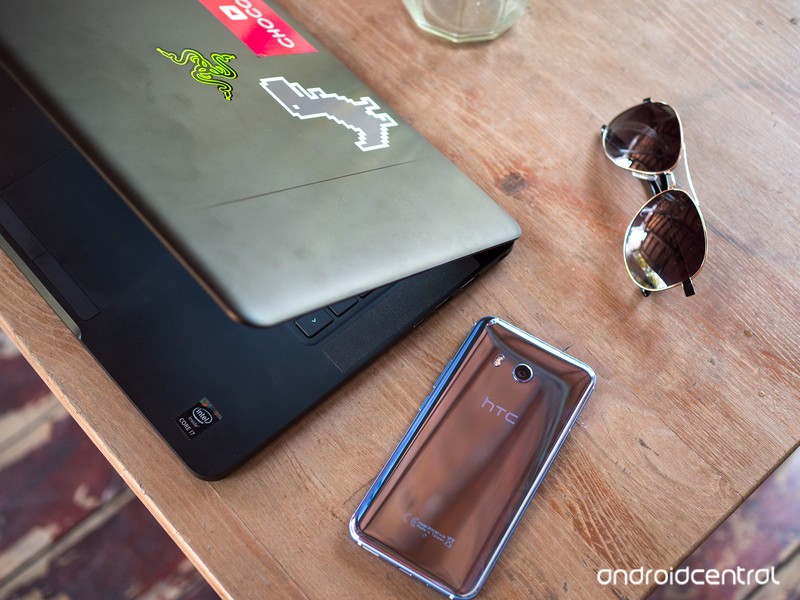 Is HTC on an inevitable path towards acquisition? And how might a Google buyout in 2017 look different to the Motorola deal of 2012?

So, Google might buy HTC’s smartphone business — or at least make a sizeable investment in the struggling phone maker. This story from the Taiwanese press, which broke on Thursday, has understandably invited rampant speculation around the future of what was once one of the biggest names in mobile.

Chinese-language publication Commercial Times says HTC is in the “final stage of negotiation with Google for selling its smartphone business unit.” The deal may involve a straight buyout of HTC’s smartphone biz, or Google becoming a “strategic partner” for HTC. However, it’s unclear what that might involve, given the close partnership that already exists between the two around Android, Pixel and other projects — a strategic investment in the company is one likely possibility. The deal will be concluded by the end of the year at the latest, the report claims.

Let’s gloss over the more vague possibility of a “strategic partnership” for the moment, and concentrate on what might actually happen if Google parent company Alphabet (with its almost $95 billion of cash on hand) snapped up the smartphone arm of HTC, a company with a market cap of just $1.86 billion. Even considering the diminished status of HTC today when compared to its glory days, it’d be a huge development in the mobile business. (It’s worth noting that Vive, which is a separate business unit, wouldn’t be included in any potential deal.)

But haven’t we been here before, with Motorola becoming “a Google company” back in 2012? Google’s last phone maker acquisition has been brought up again and again in news articles and thinkpieces over the past couple of days, the suggestion being that Google would never buy another smartphone manufacturer after it ended up selling on Moto to Lenovo — at a loss — just a couple of years later. 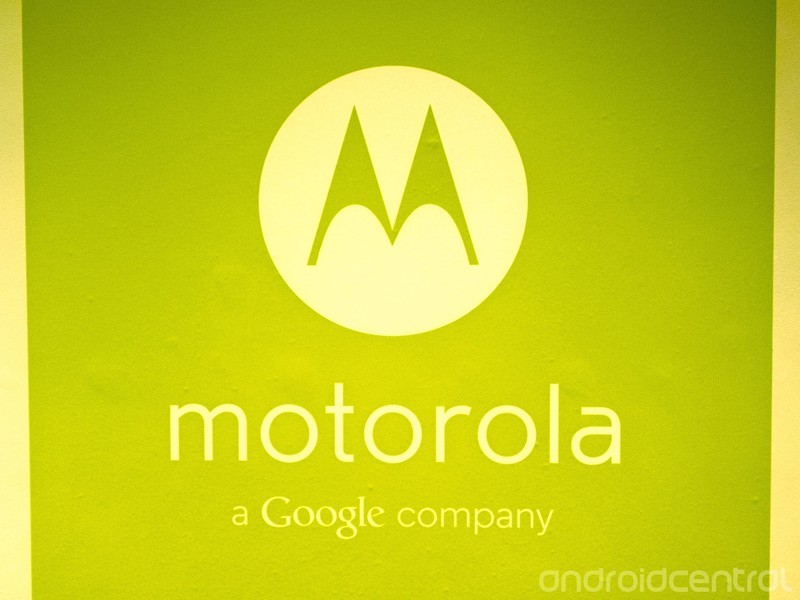 There’s potential for a much deeper dive into both deals, but let’s keep things simple for the purposes of this column. The bottom line is that Google basically bought Motorola for the many valuable patents it owned. If it hadn’t have opened its wallet back in 2012, those critical patents could’ve been used to pummel cash out of other Android manufacturers — backed up by the very real threat of import bans or other legal chicanery.

Through the Motorola deal in 2012, Google became a smartphone vendor by accident.

We’re now half a decade removed from the smartphone “patent wars,” back when Apple actually succeeded in having some Samsung phones blocked from sale in the United States. But if a hostile party — like the lawsuit-happy Rockstar Consortium, made up of big names with an interest in Android’s downfall — had gotten hold of Motorola’s patents, it could’ve slowly but surely drained the life out of Google’s mobile platform.

Google didn’t buy Moto in 2012 to own a smartphone manufacturer. Instead, it paid up to nip in the bud an existential threat to Android.

If Google buys the smartphone side of HTC in 2017, it’ll be doing so to own a smartphone manufacturer, securing the manufacturing capacity, supply chain expertise and design talent it needs to build Pixel phones, Pixel tablets and, who knows, maybe watches, laptops and other devices, completely in-house. It’d bring some much-needed vertical integration to Google’s new hardware division, at a time when it’s also rumored to be interested in building its own silicon.

But couldn’t Google do all this without reaching for its pocketbook? Sure, but consider the current state of HTC’s financials. The last few years of monthly revenue reports show a steady downward trend, a decline accentuated this past month by a drop in U11 sales that saw the firm’s lowest monthly figures in 13 years. Now, it’s not like HTC is on the brink of collapse or anything, but surely Google has a vested interest in the longterm viability of the company manufacturing the phones bearing its name — aside from the benefits of owning its own infrastructure, and bringing onboard design and R&D talent. And in financial terms, whatever amount might be agreed upon would certainly be a fraction of the $13 billion it originally coughed up for Motorola. For Google, it’d be chump change.

Buying Moto five years ago was a tactical play that saw Google become a smartphone vendor by accident. Buying HTC in 2017 would be a calculated move by a company which is already a significant phone hardware brand — at least in the countries where it chooses to sell Pixels.

Such a transaction would make a lot of sense for both parties. 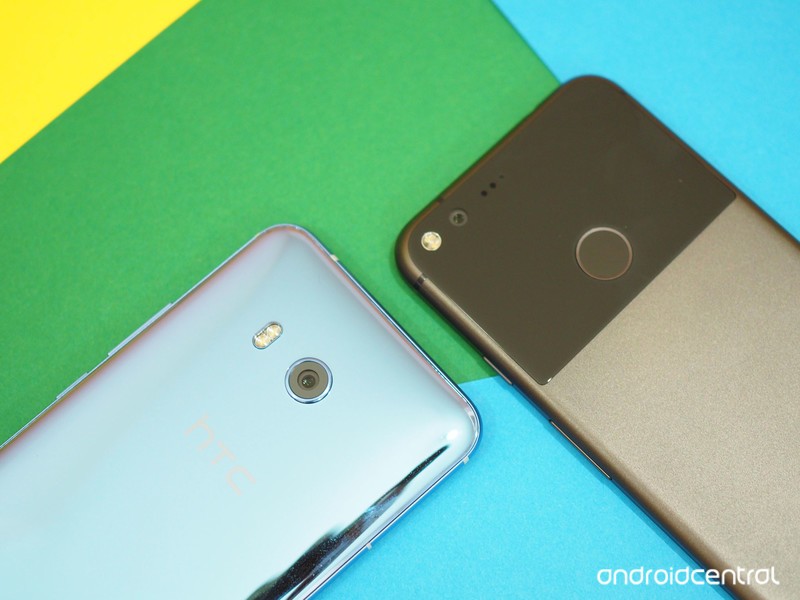 An acquisition of some sort is looking increasingly likely for HTC.

For HTC as a phone maker — and I realize this may sound unnecessarily grim — but this could be its best chance to avoid a slow, undignified death as the decade draws to a close. At this stage, it’s hard to imagine the manufacturer returning to anywhere near its former glory. Even with its best flagship products in years, and what must surely be a lucrative Pixel contract (AC understands a three-year deal was signed) it hasn’t managed turned things around.

The table stakes of the global smartphone game are considerable, and if we’re honest, it’s been a long time since HTC has had the resources meet them. To even get a foot in the door as anything besides a niche brand, you either need very generous venture capitalist backers, or money from other business areas to burn on phones for a few years, before you can reach the scale to become profitable.

HTC has had to support a vast, weighty global organization just by selling phones, all while being out-marketed by big brands like Samsung and Apple, out-scaled by Chinese behemoths like Oppo and Huawei, and outmaneuvered by new challengers like OnePlus.

Its business has always been phones, first and foremost — though it tried, unsuccessfully, to branch out into high-end headphones, tablets and streaming video. Regardless, the company couldn’t simply sell a bunch of fridges or toasters to fund its phone biz, or rely on angel investors to make up the lost millions throughout the years. As a result, product misses like the HTC One M9, One A9 and Nexus 9 tablet hit harder than they otherwise might’ve. And so we’ve witnessed a steady decline over the past five years.

An acquisition, or at the very least a significant outside investment or takeover, seems like a probable end point. Google secures the future of the company manufacturing its phones, ensuring an important partner doesn’t get gobbled up by, say, Amazon, or any other wildcard with a couple of billion to spare. The infrastructure and considerable talent of HTC could then be accelerated by an injection of Google cash, freeing them from the financial shackles of recent years.

Would this lead to a rejuvenation of the HTC brand, and new and better HTC phones in 2019 and beyond? (Let’s assume the 2018 phones are pretty much locked in at this point.) I’m not quite so bullish on that point. As much as many of us, myself included, have fond memories of many HTC phones, and respect for the talented people who make them, the market doesn’t see much value in the brand at all. Long-term, it makes zero sense for Google to try to rebuild HTC’s brand whilst also growing its own.

If Google did acquire HTC’s smartphone business, it’s more likely that any HTC models currently in the pipeline would go to market — including the U12, or whatever the 2018 flagship is called — before the brand’s eventual retirement. What we currently know as “HTC” would then go on making Pixel phones for Google — and perhaps tablets, watches, laptops and other gadgets.

In that eventuality, HTC might not be HTC anymore, but it would certainly remain quietly brilliant.

That’s it for now. I’ll be back with another Editor’s Desk in early October, from an entirely different part of the world.

Read more from News
← Ben Heck’s mini pinball: Pop bumpers and targets
Want to learn how to upload a video to Youtube? Here’s how →