The smart kitchen revolution is a slow one

Of all the spaces in our homes, the kitchen is the one that has seen the least change in the last few years. Sure, that countertop CD player has given way to an Echo, but you’ve probably not invested in a smartphone-controlled oven or DRM-enabled juicer. Look hard enough, however, and you can see more radical shifts in the appliances world on the horizon. It’s just going to take a while before this technology is affordable enough for us mere mortals.

Historically, when technology has made an impact in the kitchen, it often radically redefines how our society operates. Statistician Hans Rosling believed that the washing machine was the most important invention in the world. Other academics agree, saying that freeing women from domestic labor was responsible for both huge shifts in how we work and created several economic booms.

But the last big innovation — assuming you don’t count the items you find on late-night shopping channels — was probably the microwave or dishwasher. Both of those became reasonably affordable more than half a century ago. But fear not, because the technology industry is slowly beginning to push for dramatic ways to upend the staid world of white goods. 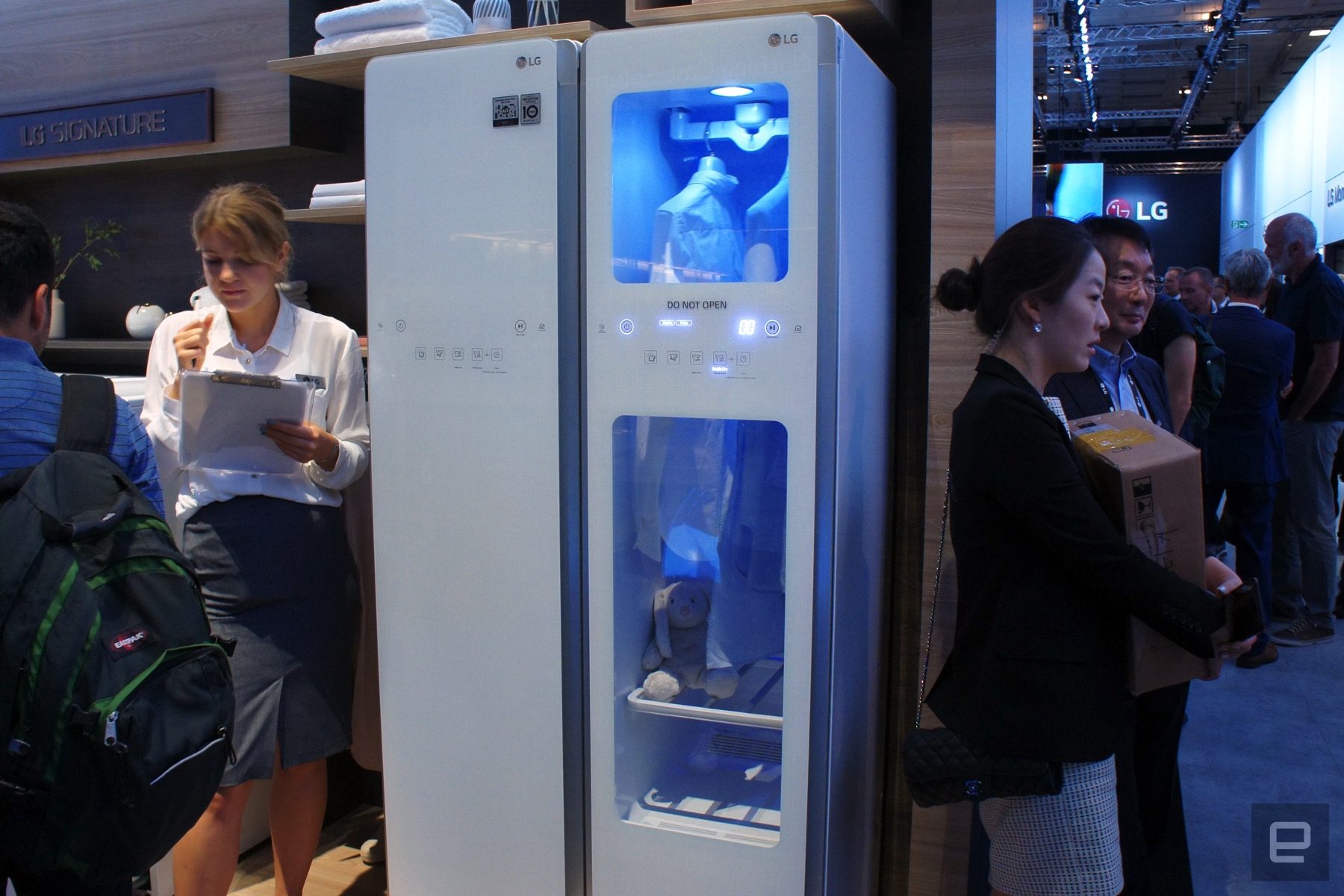 The LG’s Styler, which was announced a few years ago and could redefine how we wash our clothes. Essentially, it’s a wardrobe-sized box into which you hang your clothes to get them steam cleaned. Simply fill up the reservoir at the bottom with water, and your outfits are progressively shaken and boiled until they’re clean and wrinkle-free.

Then there’s TwinWash, LG’s system of tiny washing machines beneath its larger free standing models. The idea is to separate delicates and other, smaller loads, from the main drum to speed up laundry times. And, frankly, it’s the sort of throw-stuff-against-the-wall thinking that makes the technology industry so exciting. Both of these have one major drawback, however, and it’s their very high price, since both cost around upwards of two grand. 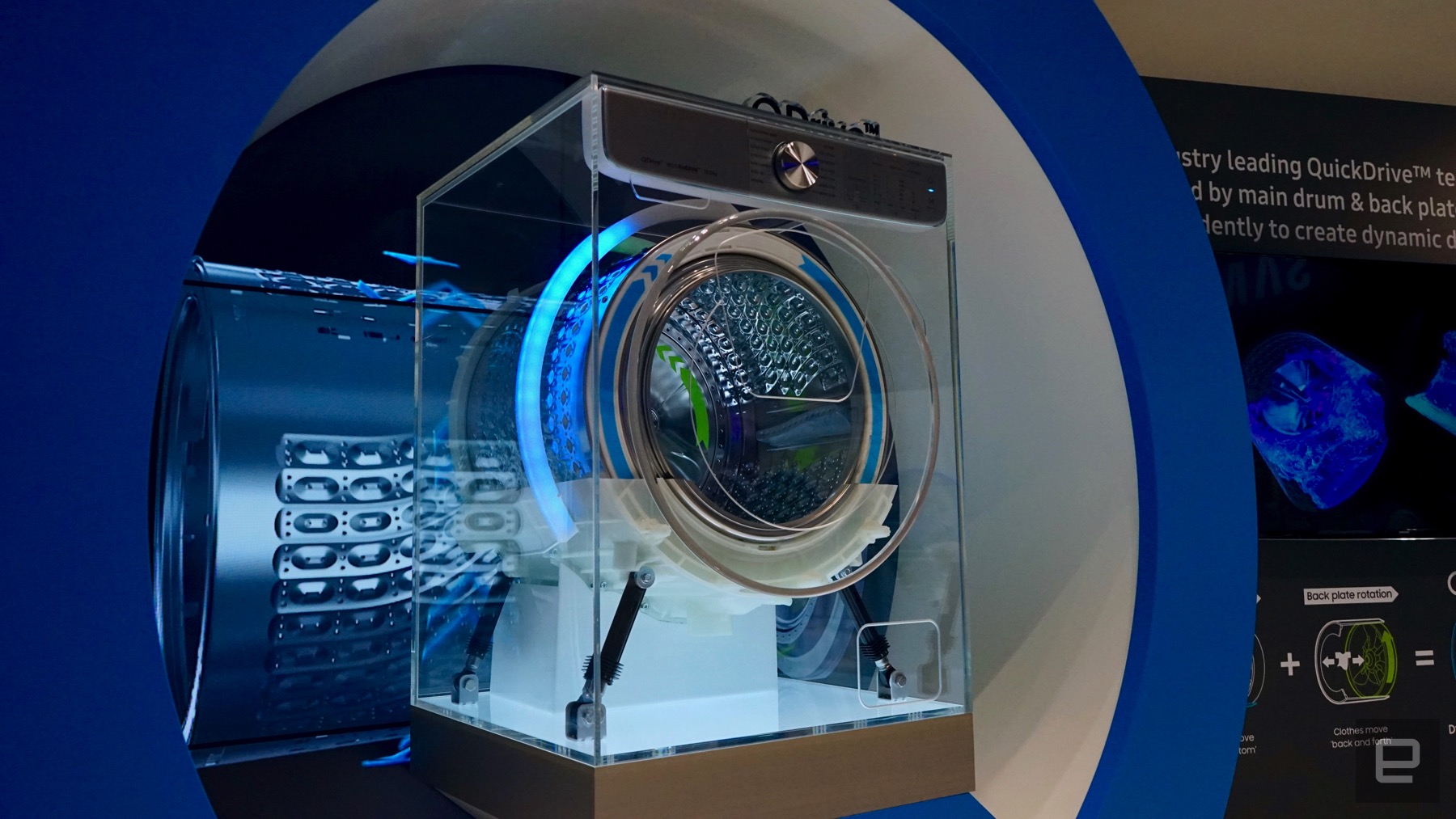 Samsung’s vision for the future of laundry is exemplified by the QuickDrive washing machine, which it launched here in Berlin. The company is shouting about its decision to separate the drum from its backplate and spinning them independently. The idea is that the contrasting movement will cause the water to move more vigorously and, therefore, clean your clothes faster. The company is also celebrating the QuickDrive’s built-in artificial intelligence, which it claims will help clueless washers make better choices to pick programs.

Another crazy idea that Samsung’s been peddling for the last few years has been AddWash. It’s a secondary door in its machines that lets you add clothes to the wash after the cycle has begun. Ubiquitous in its TV advertising, it’s clear that the feature is liked enough by its customers for it to proliferate through an increasing number of Samsung’s washers.

Then there was Panasonic, which showed off its vision for replacing the washing machine as we know it altogether. The elegantly-named Sustainable Maintainer is a cabinet into which you’d chuck your dirty clothes. A robotic arm and camera then examines each item in turn, checking the washing instructions against an online database.

Once it had determined what, and how, the item should be washed, nozzles will spray the fabric with specific quantities of detergent. Then, when the hardware is confident that the stubborn stains have been taken, the clothes are suction dried and blasted with UV light. Finally, another robotic arm will fold the clothes ready for you to put them back into your drawers. If that sounds familiar, it’s because the company has been working on Laundroid, a laundry-folding robot for the last couple of years.

Panasonic admits that the Sustainable Maintainer is the better part of a decade away from being consumer-ready. But the fact that the company is, at least, trying to look beyond mere refinements to the existing technology is heartening. It’s not simply enough to look to tweak the existing formula, especially when big ideas are so en vogue. 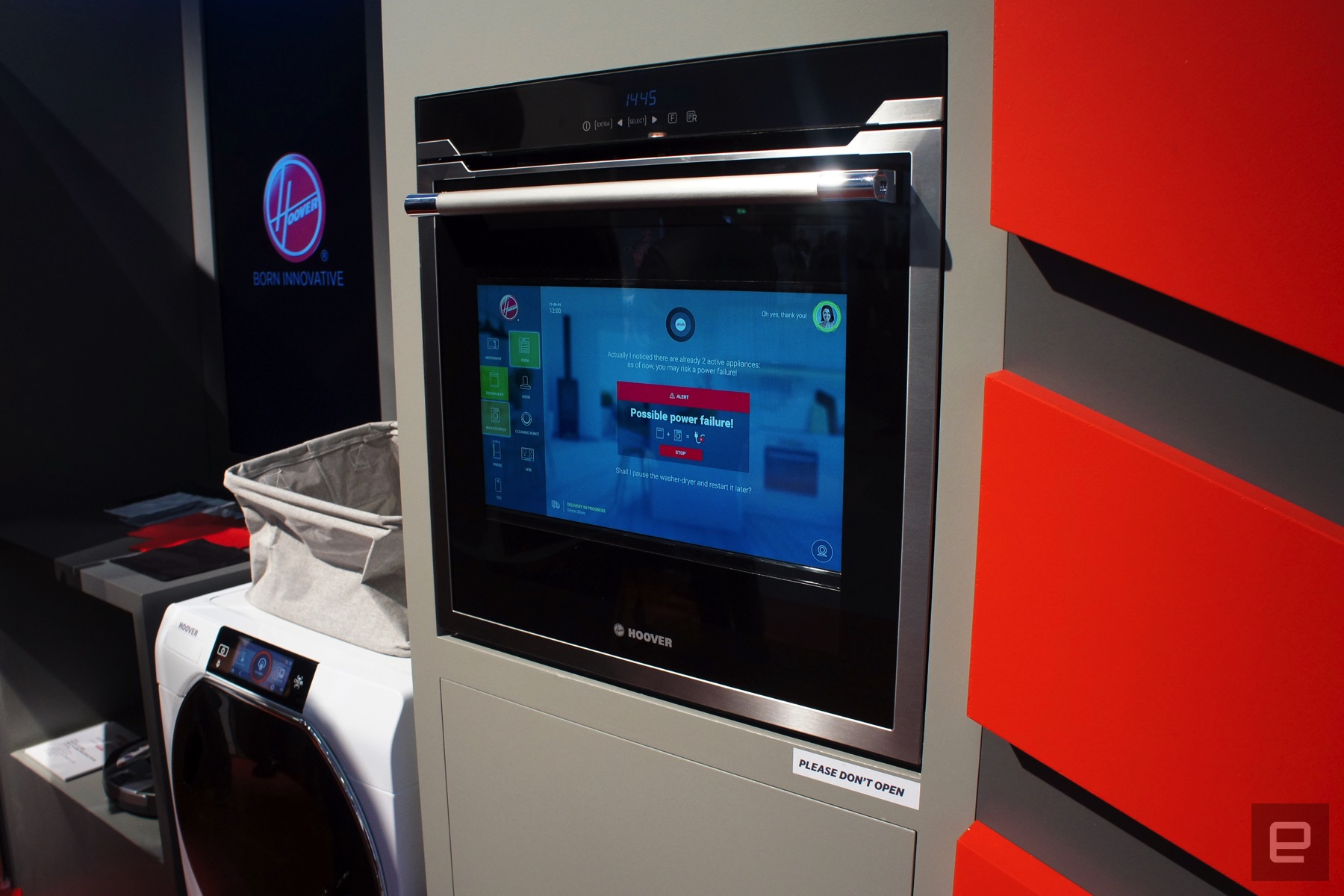 However, that exact approach is being taken by some of the more traditional appliance makers exhibiting at IFA 2017. Hoover, Candy, Sharp and others have all decided that more iterative refinements, bolting on connected technology to their existing hardware. These devices are little more than a washing machine, oven, and dishwasher with touchscreens running Android. But, unlike the more radical concepts on show here, will actually be available in stores within the year.

Even the humble oven isn’t immune to the future, thanks to Miele’s brand new Dialog Oven. The company has developed a way to use the same electromagnetic waves that are broadcast for mobile phone networks as a vehicle for cooking food. It’s similar to a microwave, albeit using an entirely different frequency, and one that apparently will cook your food perfectly every time. It’ll cost you, though, since it’s expected to cost close to $10,000 when it launches next year. 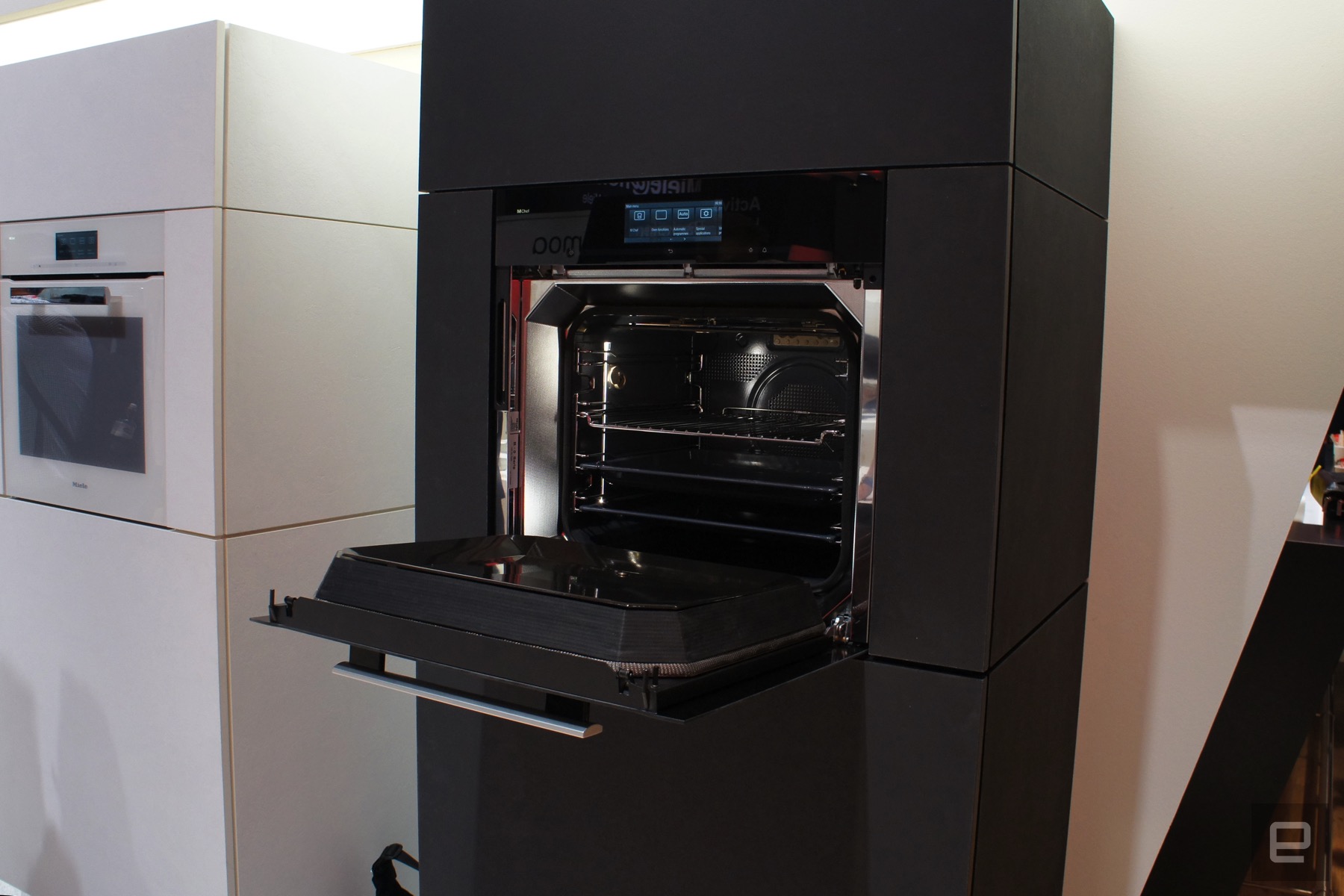 Up close and personal, the most obvious difference between Dialog and any other oven is its two-inch-thick door. That’s to keep the device from blasting its neighbors with the waves, as well as to avoid disrupting nearby communications signals. The company showed off the technology by cooking a fish to perfection despite it being sat in a block of ice. More importantly, however, this system will mean that you can slow roast pulled pork in two hours instead of five or ten.

Some of these appliances will have an easier route to our homes than others, especially the ones that aren’t trying to reinvent the wheel. The companies that are simply trying to bolt on smart features to their existing products are going to have the most success in the short term. Hell, in a year or two it’ll probably be hard to find appliances that don’t offer some sort of smartphone control.

But in the longer term, it’ll be the bigger ideas that offer a radically improved way to live our lives that’ll win out. The downside to that is that these things take an order of magnitude more time to get picked up than, say, smartphones. On average, we replace our phones once every two-and-a-half-years, but replace an appliance once every decade. As a consequence, it’s going to be some time before you begin living with your first truly smart kitchen. But it is coming, and we’d best be ready for when it gets here.