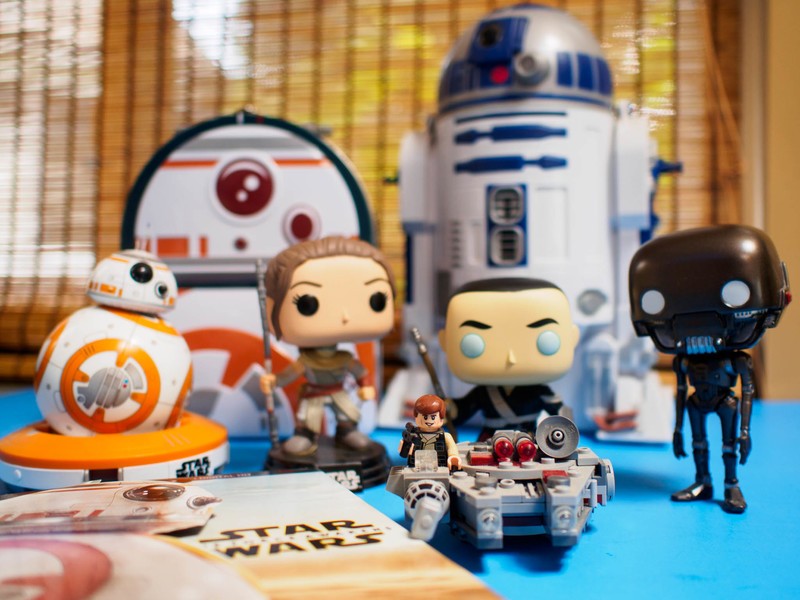 Force Friday has returned with more deals than you can shake a lightsaber at.

Last year we saw Force Friday on September 1, a day filled with tons of great deals on Star Wars merchandise. It’s returning this year with tons of great new deals from retailers you already know and love. We took the time to find you the best deals out there, so you can snag the items you want without trying to find the best place to do it.

Keep reading for all the details! 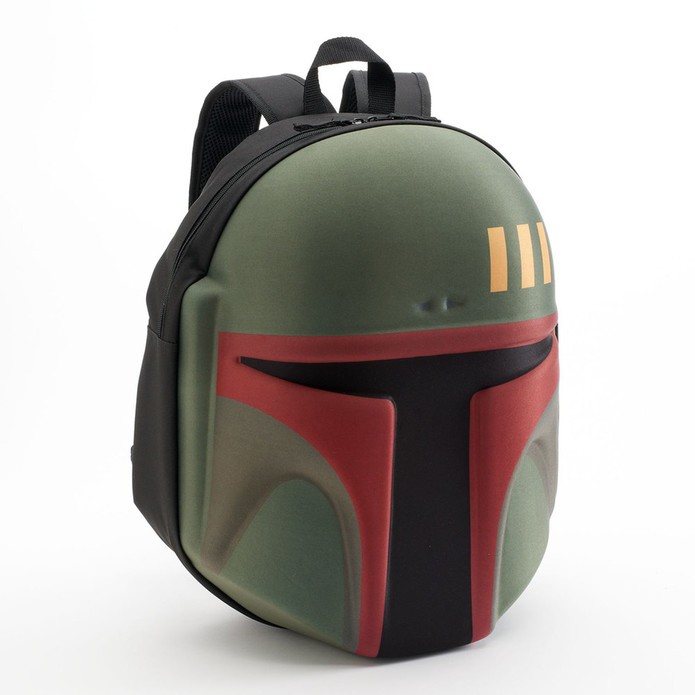 Boba Fett is one of the best bounty hunters in the galaxy, and now you can carry him around with you where ever you go. This backpack weighs about two pounds, and has adjustable straps so that you can get the perfect fit. Best of all it’s available for $59.99 which is $40 cheaper than it usually is. 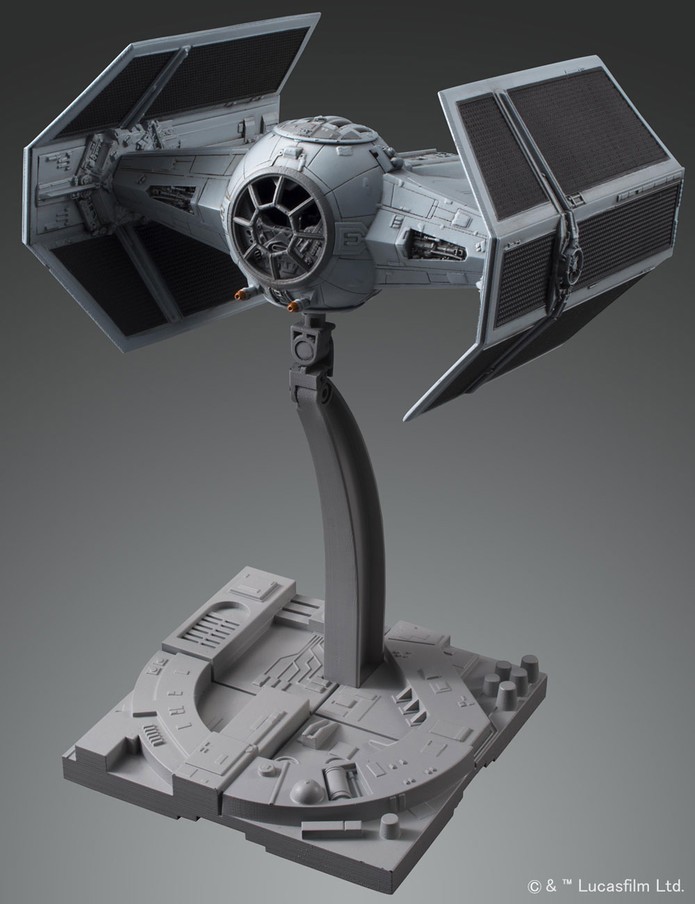 When it comes to models, there are plenty of awesome Star Wars fighters and ships that you can choose from. Few are quite as memorable as the Tie fighter though, and on Force Friday, it’s more affordable than ever. This 1/72 scale model is available for $24.99 instead of its regular $29.99 price tag. 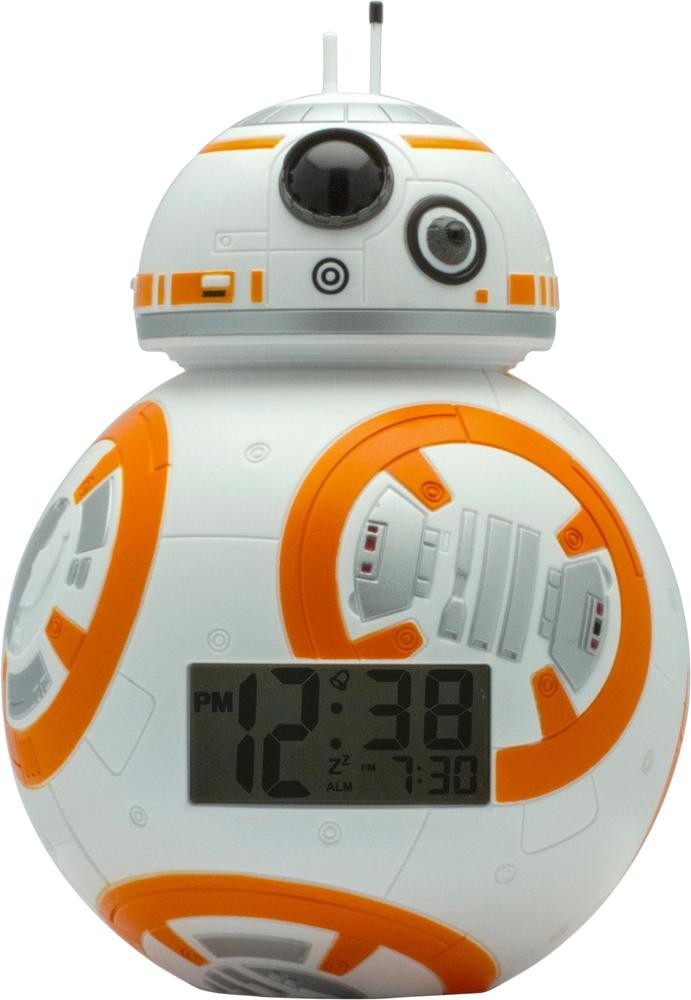 Not everyone has an easy time waking up for work, or an early morning run. If you’re not an early riser, or you’re in the market for a new alarm clock, then feast your eyes on this glorious BB-8 droid built to make sure you aren’t late for work. It’s usually $29.99, but you can pick it up on Force Friday for $7.99 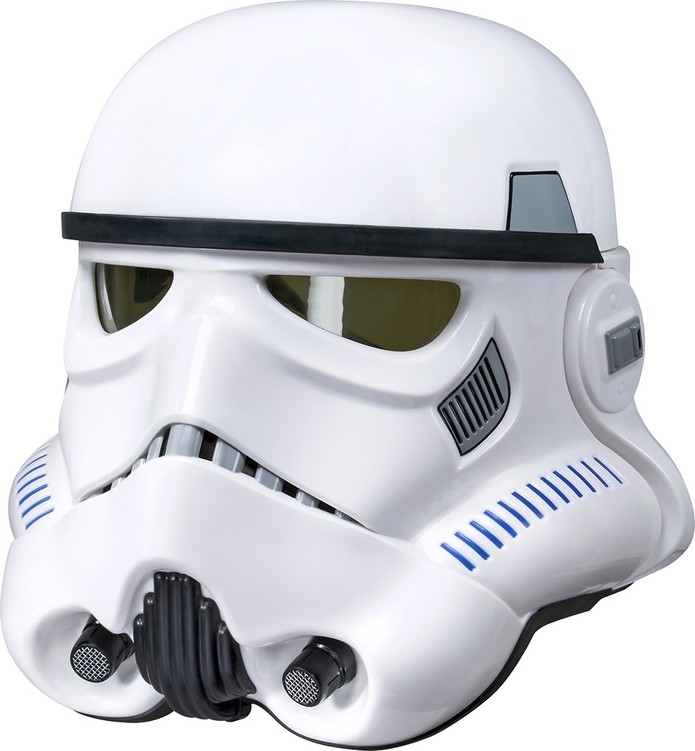 Plenty of folks have dreamed of being in the action of Star Wars, running from enemies, shooting back at your foes, and dressing up as storm troopers. If you’ve been looking for an amazing helmet for your collection, now is definitely the time. The Black Series Imperial Stormtrooper helmet is a replica of the Storm Trooper helmets from Rogue One, and it includes a voice changer that will let you sound like one of those troopers. Usually available for $79.99, you can pick it up for $43.99 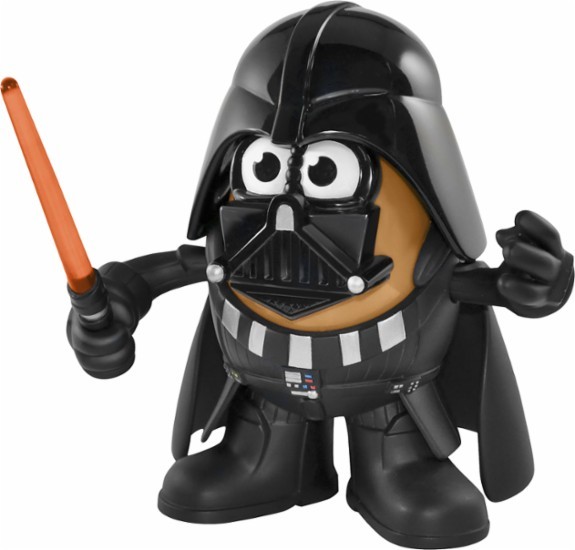 Mr. Potato head is easily one of the most recognizable toys on the market, and just about everyone has played with one at one point or another. Now you can snag a special Darth Vader potato head, complete with a full Vader get up and a light saber. Generally, this toy runs for $19.99, but you can pick it up Friday for $9.99 While wall clocks are certainly not as popular as they once were, having one that shows off your favorite movie series is easier to rationalize. This wall clock is 13.5 inches and features artwork from the original trilogy featuring many fan favorite characters. It’s available for $7.99 which is a drop from the usual price of $20.99. 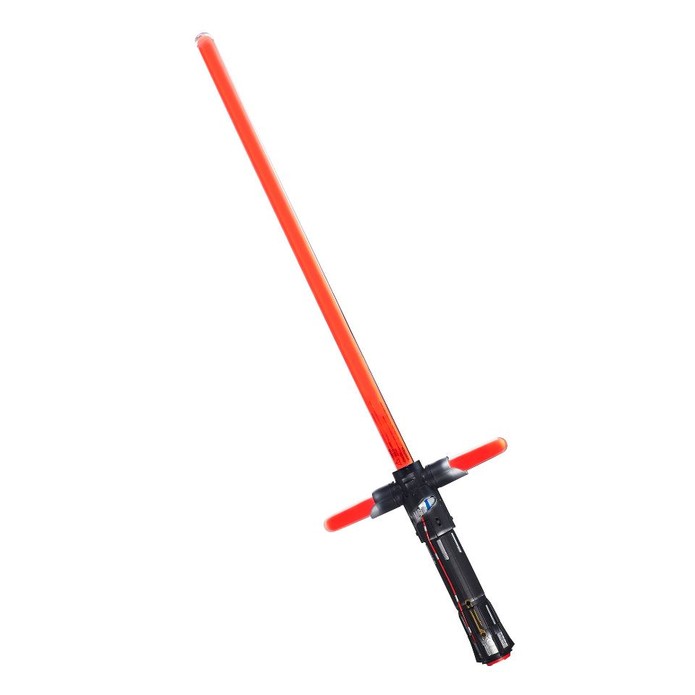 Plenty of Star Wars fans have spent years wishing they had a lightsaber of their very own, and now they’re in the unique position of raising a new generation of Star Wars fans who want the same thing. Those kids are in luck though, because you can snag Kylo Ren’s lightsaber on sale. It lights up, makes lightsaber noises, and is built to look just like Kylo Ren’s own lightsaber. Usually available for $59.99 you can pick it up on Force Friday for $29.99 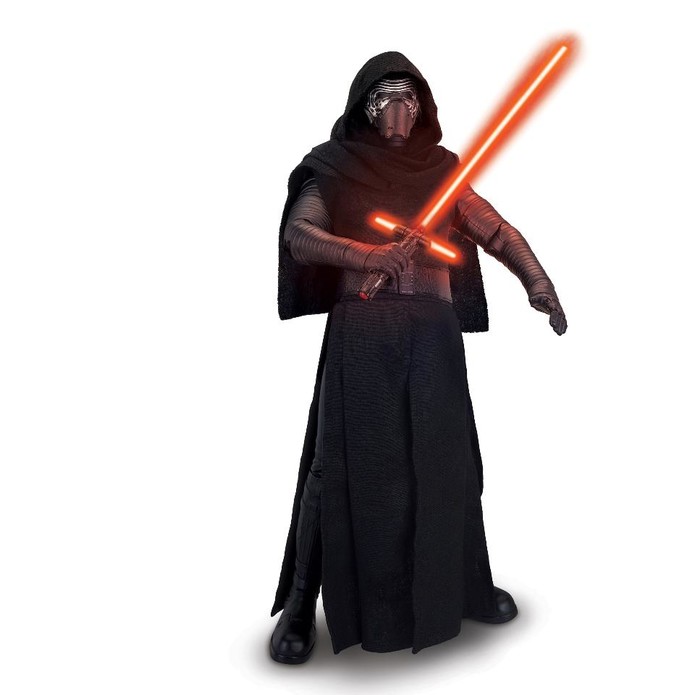 Kylo Ren is currently the villain that is most recognizable for Star Wars in the new trilogy. This Animatronic figure brings the character to life, with 31 points of articulation, and a motion activated lightsaber. Generally, you’d have to shell out $99.99 for this figure, but this Friday you can snag one for just $49.99. 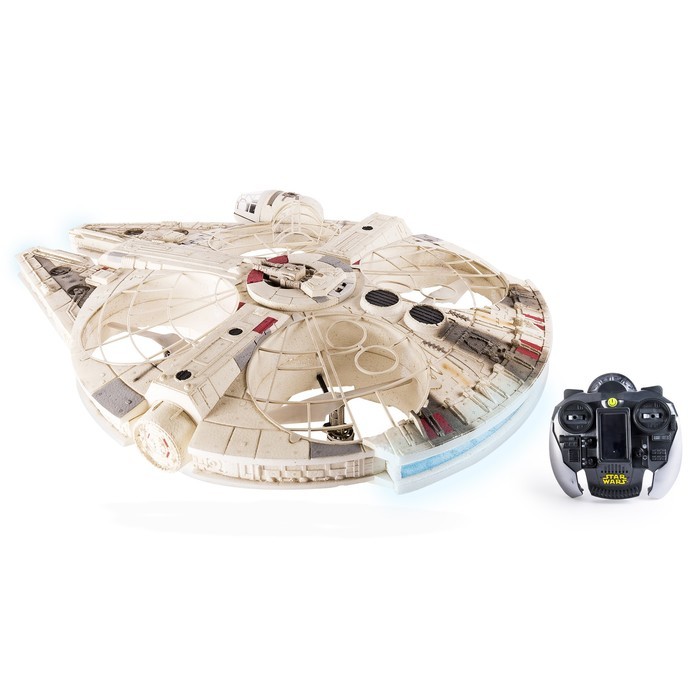 Drones are awesome, and nobody can deny that the Millenium Falcon is epic as well. Now the two of them come together with the XL Millenium Falcon drone. It features light up Chewie and Han Solo figurines in the cockpit can be controlled up to 250 feet away, and a 6-axis gyro. Usually you’d be looking at spending $299.99, but on Force Friday it’s available for just $108.28. Some of the most exciting scenes in the Star Wars franchise come when X-Wings are diving through canyons, and dog fighting against imperial enemies. The Airhogs remote control X-Wing lets you bring those scenes to life, with an X-Wing drone of your very own. It’s got a foam padded body to help shield it from tough landings, ducted fans embedded in the wings to let it fly, and a 250 foot range. You can snag it for $21.48 instead of it’s usual price of $59.86. 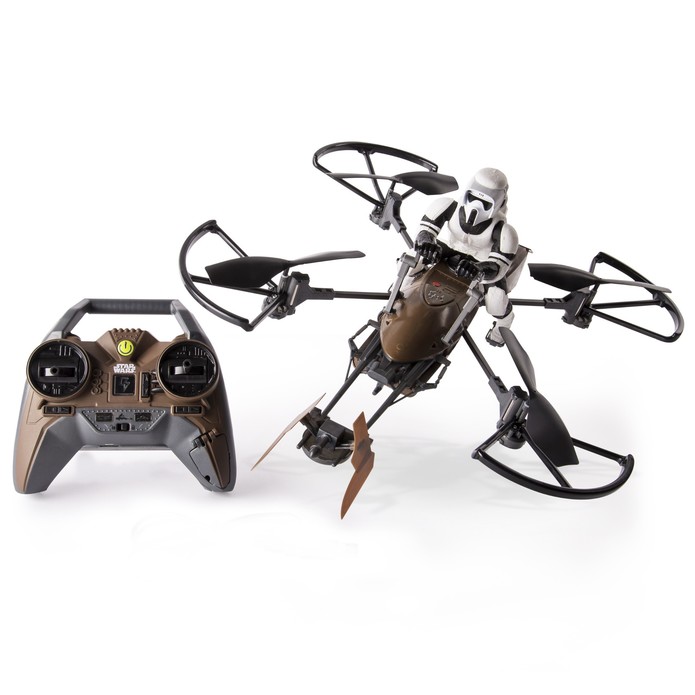 Zooming through the forests of Endor on a Speeder Bike, this RC Speeder Bike drone will allow you to pivot through the air. Built to look like the Speeder Bikes from the movies, this drone features a sturdy build to help protect it from crash landings, an adjustable height-lock technology to give it a stable flight, and a 200ft range. You can snag it for $39.31 instead of it’s usual price of $84.48. 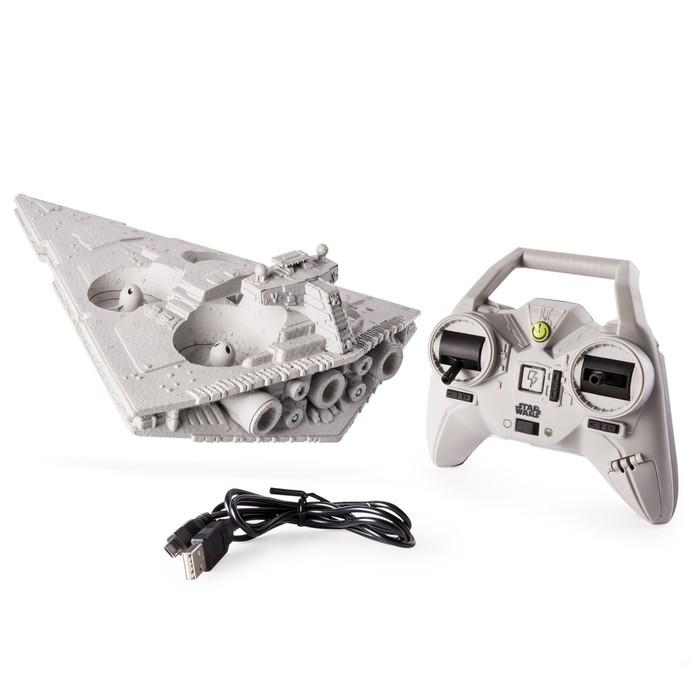 Of the many ships featured in Star Wars, some of the most awe inspiring are the massive Star Destroyers. This drone brings them to life, with a Star Destroyer drone of your very own. Built to look just like the Destroyers from the franchise, and is built to be sturdy in case of any accidental crash landings. It features 2.4GHz remote control up to 250ft, LED thrusters, and gyro stabilization to keep it steady. It’s available for $22.97 instead of the normal $109.97.

Read more from News
← Force Friday II: Find the Force with the help of the Star Wars app
R2-D2 and BB-9E are available now, Same Day Prime delivery in some areas →