The rise of electric cars will kill the gas station

Gas stations are a lifeline. They not only fuel our cars but us, too — whether it’s with lukewarm coffee during the morning commute or the salty-sweet buffet during road trips. They’re a glowing oasis when the gas tank is empty and our bladders are full. It’s going to be a long while before the handy service station goes away, but its days are numbered — because electric cars are going to change everything.

One of the biggest complaints you hear about electric vehicles is that you can’t refuel them the same way as a gas car. That’s true now and will be true for a while. DC fast charging and Tesla’s Superchargers reduce the amount of time it takes to recharge, but the experience is nowhere near as quick as filling your car with gasoline.

The fact remains, though, that other than having a place to pee and pick up some Cool Ranch Doritos, once you go electric, you’re not going to need a corner gas station to charge your future car because you’re going to be “refueling” it everywhere.

For many, their home will be the main source of car charging. Even the slow trickle of a 120-volt standard outlet will add 48 miles to the battery of the Chevy Bolt over 12 hours. Obviously using the 240-volt outlet (the one you typically plug a dryer into) will be quicker. For folks who really want to maximize their at-home charging, companies like Charge Point offer Level 2 stations starting at $450 for the home, while Tesla has its own personal wall chargers starting at $500. 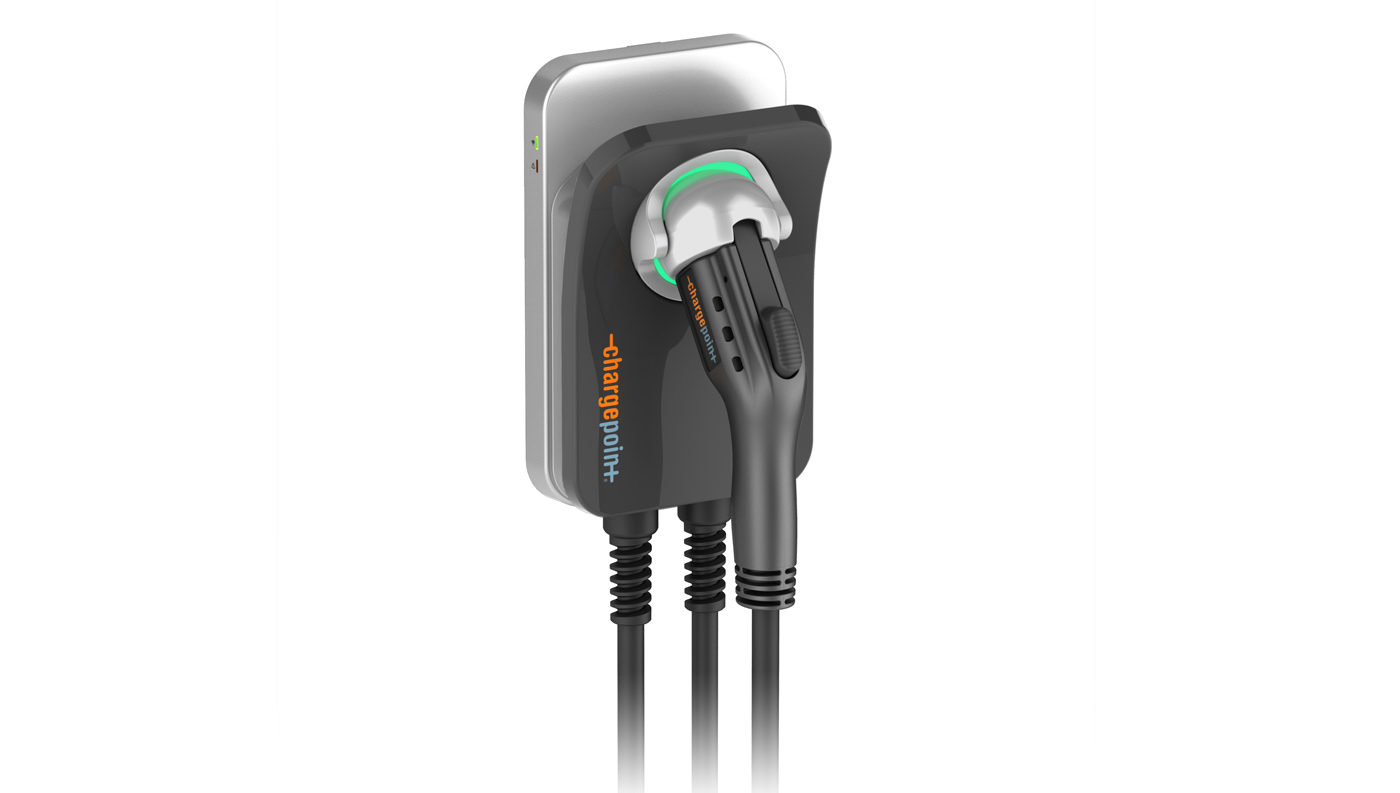 That may seem pricey, but if you commute every day and your current car doesn’t get the best gas mileage (say, less than 40 mpg) you might come out ahead during the first year of EV ownership according to a handy gas vs. electric calculator offered by GM.

So, in the future, whether you upgrade to a fancy wall charger or just plug your car into the same outlet that keeps your phone topped up, pretty much whenever your car isn’t dragging you around town, (and like your phone) it’ll be charging. That is, if you have a garage or carport or a very nice apartment manager. The paradox of EVs is that they’re great for driving around the city, but many urban dwellers don’t have a designated parking space. That’s where workplaces come in.

More and more employers are offering charging stations for their staff as perks. “It’s very interesting that for basically the price of providing free coffee to your employee you can also offer them electric vehicle charging,” Simon Lonsdale, Charge Point’s vice president of business development, told Engadget. It’s a trend that could continue, too, if workplaces see benefits for EV owners as outweighing the additional cost to their power bill.

Lonsdale did note that at-work charging is becoming an essential piece of a compensation package and a good way to get the word out on EVs. “We see workplaces as a great way of educating consumers about electric vehicles and the benefits of it.” Lonsdale said. “We’ve seen [EV charging at work] rank in the top three benefits that companies are now seeing, as they survey their employees around what are the benefits they like. It’s really surprising.” 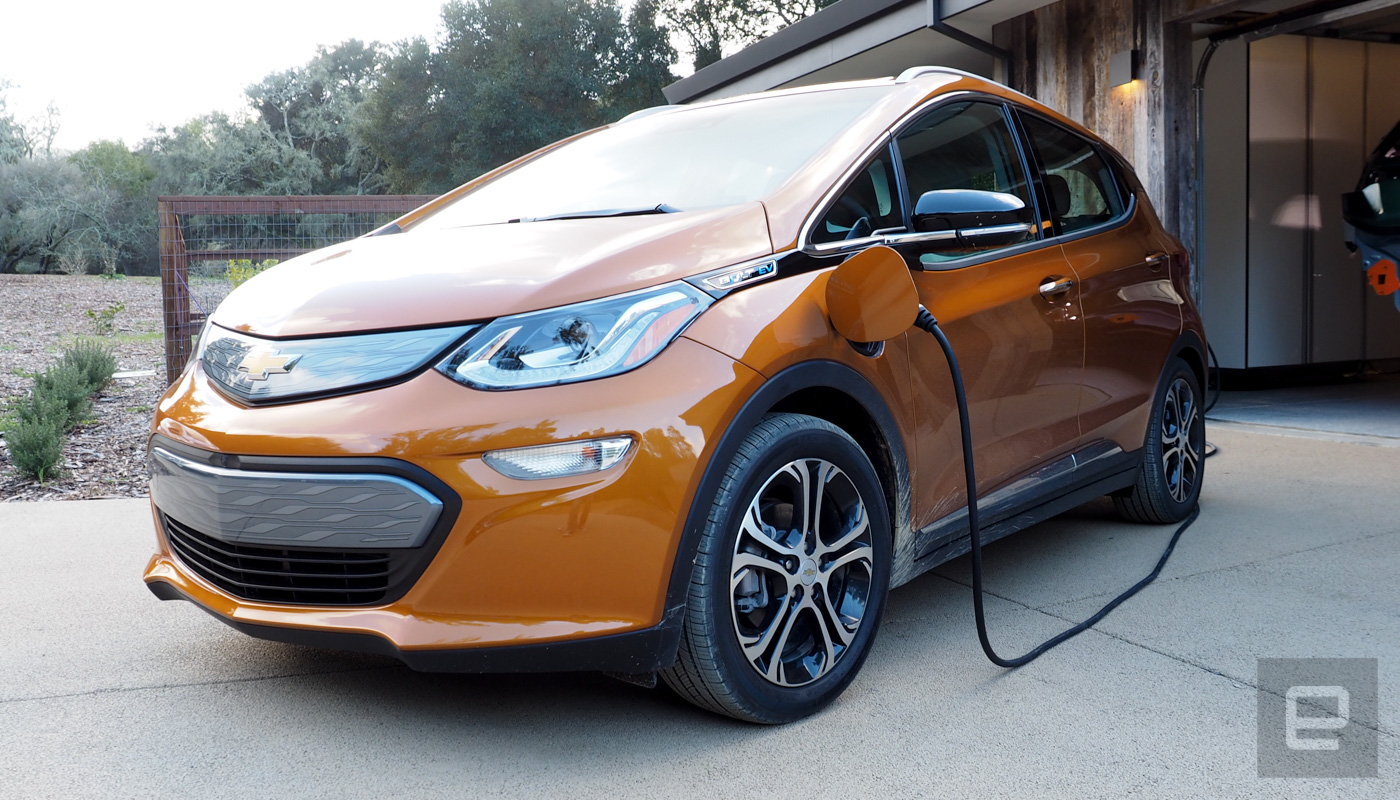 Like at home, charging a vehicle while it sits in a garage for eight hours makes sense. Plus it could also reduce our reliance on fossil fuels. Charge Point, in partnership with northern California utility PG&E, has launched a pilot program to optimize vehicle charging to coincide with when the utility can deploy power from renewable sources like solar and wind.

Charge Point notes that it sees about 80 percent of charging coming from at home or work. But there will be times (i.e., the weekend) when drivers won’t have access to their employer’s sweet sweet free electrons. That’s where retail parking lots come in. Places like Target already offer free charging for customers. For retailers, it’s what’s known in the business as a win-win.

Customers get to top up their vehicles while shopping, and the lure of free charging gets people in the door — and in some cases, gets them to linger because they want to get as much free battery power as possible (thus, ironically end up spending more money in the store).

Tesla has 5,000 Superchargers globally and 9,000 destination chargers at retail locations, restaurants and resorts. Charge Point has 35,000 chargers at 7,000 businesses across the globe. In the near future, it’s not hard to imagine rows and rows of chargers at malls, restaurants and even in national parks. But there is one scenario where the gas station still reigns supreme: road trips.

While Tesla and Charge Point have made huge inroads getting charge stations along major routes, the ability to quickly refuel and get back on the road still isn’t possible. Instead, you’re going to have to wait. That means actually sitting down in that fast-food joint or restaurant to eat your food.

As more EVs hit the road, the landscape of parking lots will change along with the amount of gas stations. But it’s definitely not going to happen overnight or in the next few years. Gas-powered cars will be sold for decades, and the cars already on the road won’t be going away anytime soon.

But there might be a time in the far future where you explain to your grandchildren about how you had to refuel your car — that wasn’t self-driving — at a special place in town. Maybe they’ll giggle thinking about the ridiculousness of putting a liquid in a car. But when you tell them about the selection of beef jerky at this “gas station” their eyes will grow wide, which will be followed by complete disgust as you describe the filthiest bathroom you’ve ever encountered.