Unihertz claims its new Jelly device is a “4G smartphone for everyone”. Similar statements have been thrown around before, but in an industry where a 5-inch screen is now considered “small” we have to ask ourselves if this 2.45-inch handset can keep up. Fortunately, it is extremely affordable, with the base price set at $79 from Kickstarter.

This tiny phone sure has huge aspirations. And whether you think it is a worthy purchase or not, it is getting plenty of attention from the press. We even covered it in our weekly ‘Crowdfunding project of the week’ series. Why? Mostly because it is not made with the same cookie-cutter strategy the industry has fallen into. It is unique, and has surprisingly good capabilities for its price range and form factor.

Crowdfunding project of the week: Jelly is a tiny phone running Android Nougat

We have now spent some quality time with it and can tell you it is definitely an interesting experience. Let’s jump right into the nitty gritty to see if it is a phone any of you would be interested in. 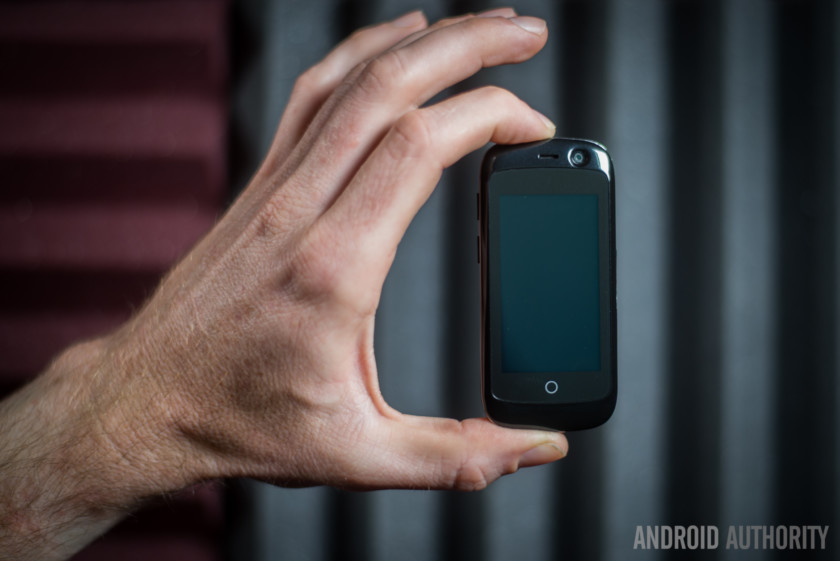 If there is anything that stands out about this phone, it is that it doesn’t stand out. At least not in terms of form factor. This little guy is meant to hide away in any pocket. It can even bring a purpose back to that coin pocket no one really knows what to do with anymore. The Jelly is minuscule by today’s standards, measuring in at 92.4 x 43 x 13 mm. This means it can easily fit in a kid’s hand palm.

The Jelly is the king of one-handed operation.

The Jelly is so diminutive you almost forget there is a smartphone in your pocket. I would just throw the thing anywhere.

And let’s not forget the confident grip and ability to reach any part of the screen with your thumb. The Jelly is the king of one-handed operation, that’s for sure. But of course, the smaller design also comes with its downsides. 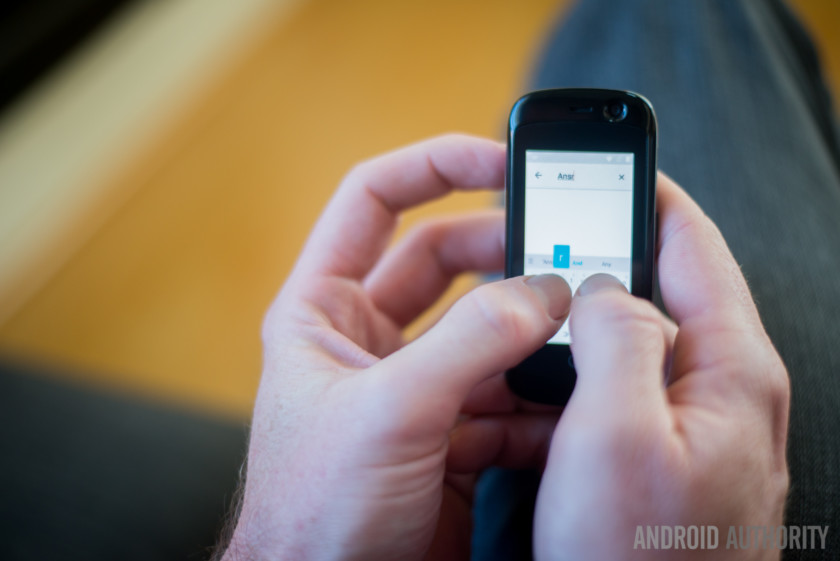 My chubby fingers sure had a hard time typing. I quickly downloaded Swiftkey and heavily relied on its corrections to type more efficiently. By the way, any full keyboard will take up at least half of the screen, meaning you will have to sacrifice some content visibility. And pray you won’t ever have to tap on a small link, because it will be no easy feat. Overall, the phone’s small size is both a blessing and a curse.

Now, in terms of build quality you can’t really expect too much. This is a super affordable handset, and it looks and feels like one. It is completely made of fingerprint-loving plastic, but Unihertz did a pretty good job with what they were given. It does feel pretty sturdy and nothing is loose. This is a good accomplishment considering the phone doesn’t tout a unibody design. And some of you will actually love this. Not only is the back removable, so is the battery! Under it there are also a couple SIM card slots and a microSD card slot. 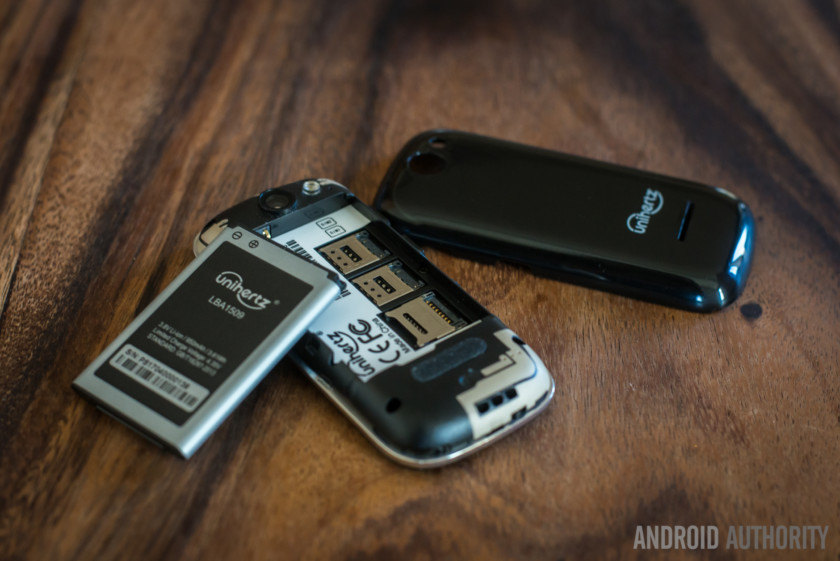 The Jelly has everything you can expect out of a smartphone, to one degree or another. There are cameras in the back and front, a flash in the rear, two volume buttons on the left, a power button and microUSB port on the right, a 3.5 mm headset jack up top and three capacitive navigation buttons right below the 2.45-inch screen. Pretty standard stuff, but still impressive considering no components were removed from the equation in the making of this miniature phone.

The second most important highlight here is the screen… yes, that itty bitty thing. Having a smaller display makes it possible to reduce resolution without sacrificing too much quality, but keep in mind this is still a super low-end handset. This panel has a 240 x 432 resolution, and you can really tell that’s the case. Unihertz definitely didn’t go out of its way to provide an outstanding experience in this department. 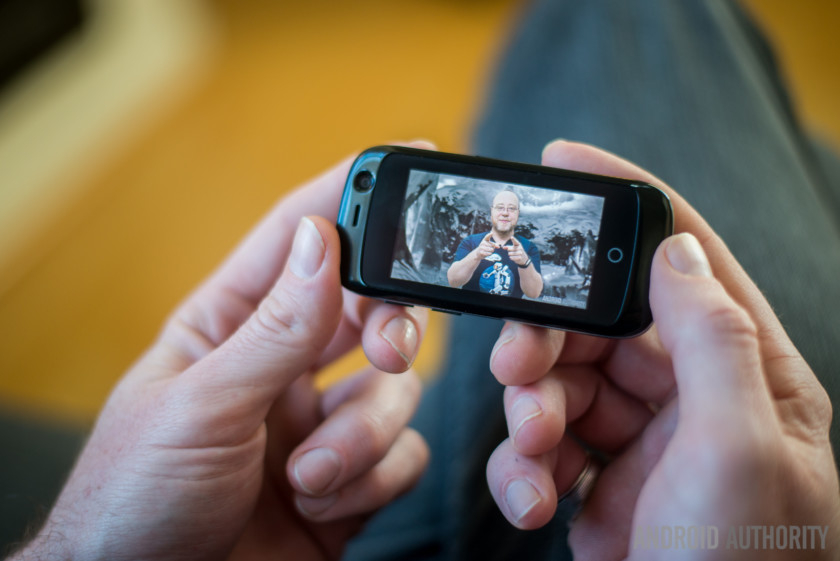 While we are not saying the screen is horrendous, it just isn’t up to par with current standards. Pixels can be noticed effortlessly, thanks to that 201.7 ppi. In comparison, most smartphones nowadays tend to surpass the 400 ppi threshold (even affordable 1080p ones). Colors are a bit washed out too.

Clearly, the Jelly phone is not made for media consumption.

Clearly, the Jelly phone is not made for media consumption. Content will look small and pixelated. But hey, the thing costs 79! For that price you can’t really complain too much, and the experience is definitely not dreadful.

Once again, this little guy is not meant to keep you too entertained. It offers the basics, and basic sound it has. The speaker is not too loud or high quality, but it gets the job done. Just don’t expect it to fill up a room with your favorite tunes. For that you will have to use either Bluetooth or a wired connection to your headphones/speaker.

Is the Jelly usable? Well that depends on your standards and expectations. The phone is not too demanding, so the 1.1 GHz quad-core processor and 1/2 GB of RAM don’t have a hard time pushing through simple tasks. Swiping through home screens and navigating through the Android UI is surprisingly smooth. Data won’t be a problem either, as this little guy supports 4G LTE.

Swiping through home screens and navigating through the Android UI is surprisingly smooth.

You do start noticing the device’s lackluster power once you throw more serious applications at it though. Try to open Facebook, Instagram or even Gmail and you will find yourself waiting several seconds.

Flappy Bird works like a charm though, so at least you can get some gaming done with the Jelly. Just don’t try playing any graphics intensive titles: most won’t even open. 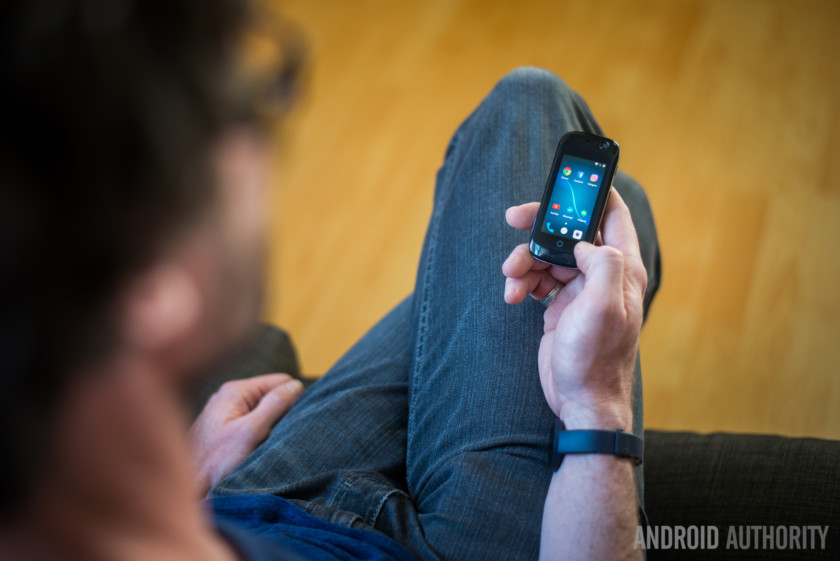 Heck, you don’t really even have sufficient internal storage to spare for true mobile games. So you’ll need to be careful with how you use your available memory. The base version of the Unihertz Jelly has only 8 GB of internal storage. The Pro iteration makes things a little better with 16 GB, but that is still not too much.

As for software, there is one nice big surprise in store: it comes with near-stock Android 7.0 Nougat out of the box, which is definitely a nice treat from Unihertz. Only 7.1% of devices are currently running Google’s latest Android version and we know plenty of you have bought 10x more expensive devices that still don’t have Nougat.

Despite rocking the latest version of Android, you should expect to make many concessions to use it on the Jelly phone.

There is a little elephant in the room, though. The Jelly’s size makes software a bit janky at times. Though we always expect Android to scale to all screen sizes, this doesn’t go well all the time. For example, go to the Google Play Store and check out your app library; you will see icons and an “install” button very clearly, but the writing between them gets cut off to just a couple letters (good luck trying to read that). Certain icons and UI elements will often overlap each other too and large images and writing are often cut off. 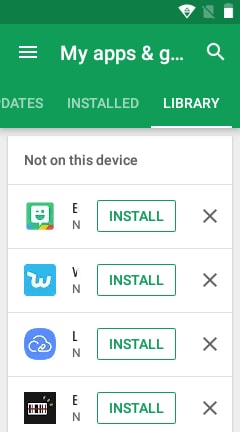 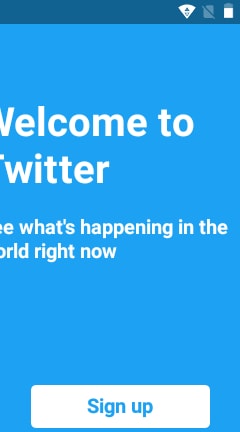 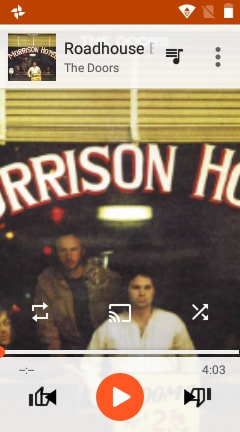 Android is not exactly optimized to run on a screen this size, so we wouldn’t exactly blame Unihertz for all of this, but it is definitely a factor to consider. Sometimes things will look a bit off and other times they will be near unusable. Despite rocking the latest version of Android, you should expect to make many concessions to use it on the Jelly phone. 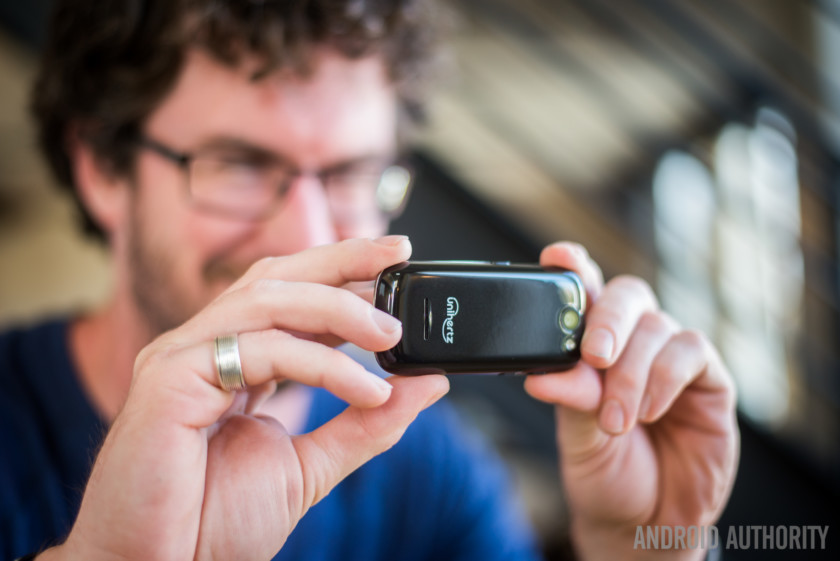 These days, cameras are among the most important components in a smartphone. Consumers are often looking for the phone that can take the best shots and we’ve put together a shootout of the most popular smartphones in the market. The Unihertz Jelly won’t ever be making it to that competition, but can it still take a decent enough photo all things considered?

It has an 8 MP shooter in the back and a 2 MP selfie camera, but we all know megapixels don’t mean too much in terms of picture quality. How good are these sensors? They are… alright. And what about that image processing? Ummm…

Pictures are a bit washed out, often blurry and pretty noisy. Higher levels of light don’t help the camera much, either. At least the colors from the rear camera have good color reproduction, though. One weird thing to note, I did feel like the front-facing camera did a better job getting crisper images, but it washed out the colors a little more. 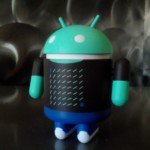 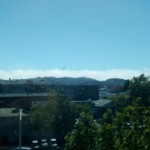 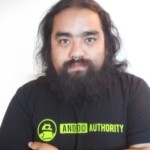 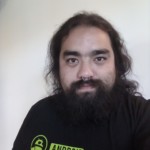 Overall, neither camera is really good, but this phone is not made for demanding photo enthusiasts. It is for the very basic user who might want to take a casual shot from time to time. I wouldn’t recommend the Jelly for camera use, but it has the shooters there, just in case you need to capture a good moment.

One thing about under-powered devices is that they are also resource-friendly and can make a battery last for much longer. Unihertz states that its 950 mAh battery can stay alive for up to three days on a single charge, but our experience shows otherwise.

During my time with the Jelly, at best I was able to make it last a bit over a full day. I didn’t have to struggle to keep it alive for a full work day, either. It never died on me before going to bed, and ultimately that is what people expect from smartphones nowadays. I wouldn’t advise that you rely on it for a weekend trip without outlets, though.

At best I was able to make the Jelly phone last a bit over a full day. The Unihertz Jelly is portable, easy to use and insanely affordable. But of course, affordability comes with its sacrifices, which is why it may sound like I was bashing this phone a little too much. Unihertz had to cut plenty of corners to accomplish making the Jelly at this price. The real question is whether the phone is worth its low price tag or not.

Those who back the Kickstarter campaign can get the Jelly or Jelly Pro with a $30 discount on the expected retail price. This takes you down to $79 for the base version, while the Jelly Pro goes for $95 (retail: $109 and $125, relatively). Making a decent smartphone at this price point is not easy, and we believe Unihertz is definitely up to something here.

It was refreshing to forget about the struggles of fitting a modern phone in an average pocket. It was certainly a blast to the past, and we can’t deny we miss that level of portability. The screen, speaker, cameras and performance may not be amazing, but they are not meant to be. And the device can definitely get the job done. Someone who doesn’t need all the bells and whistles of a more expensive handset will definitely be happy about keeping a healthy wallet.

Unfortunately for the Jelly, there is already a lot of much fuller featured competition in the $100 price range. Very little of that competition runs the latest version of Android, but there are far fewer compromises to make. For example, you can get a second generation Moto E for just $69.99 with none of the software jankiness and a two inch larger display than the Jelly phone.

Is it the Jelly phone for everyone? We wouldn’t say so, but there is definitely a market for it. Some people do prefer a simpler experience with the ability to download just a few extra applications. It’s kind of like a smart feature phone of sorts… or a good secondary device for the glove compartment. And while it won’t be making anyone jelly, it is probably worth the asking price if its uniqueness piqued your interest.

Check out the Jelly phone