After spending more than 25 hours swapping out receptacles, flipping switches, programming timers, and talking to home-automation experts, we’ve determined that the HomeSeer HS-WD100+ is the best Z-Wave in-wall dimmer for smart-home systems. Like the other six units we tested, it features straightforward remote operation, as well as easy dimming and scheduling. It’s the only model we tested that supports multi-tap features, so you can sync a single switch with multiple lights and appliances around your house, and it works with all Z-Wave–certified smart-home hubs.

The advantages of smart lighting are pretty easy to grasp. We’ve all left lights on when we haven’t meant to, or forgotten to do the same when we’d wanted to, leaving us returning home at the end of the day to a completely dark house. Smart lighting lets you schedule it all automatically or control everything remotely.

You can find many smart-lighting devices, including bulbs, switches, and dimmers. Some work alone using Wi-Fi, others connect to a smart-home hub using wireless technologies such as Z-Wave or ZigBee. A Wi-Fi–enabled smart bulb is easy to get up and running, but if you want to automate a lot of lights in the home—and especially if you’ve already invested in other smart-home gear and you’re using a smart-home hub—you’ll want to get a smart switch.

We specifically picked Z-Wave in-wall dimmers, versus regular on-off switches, because they offer dimming, which can add ambiance and save electricity. We went with Z-Wave over ZigBee because there are currently more in-wall dimmer and smart-home hub options for the DIY crowd with this technology.

It’s important to note that swapping out light switches isn’t for everyone—in fact, doing so is dangerous. If you aren’t comfortable with turning off the power and poking around inside the wall, please hire a licensed electrician to do the job. 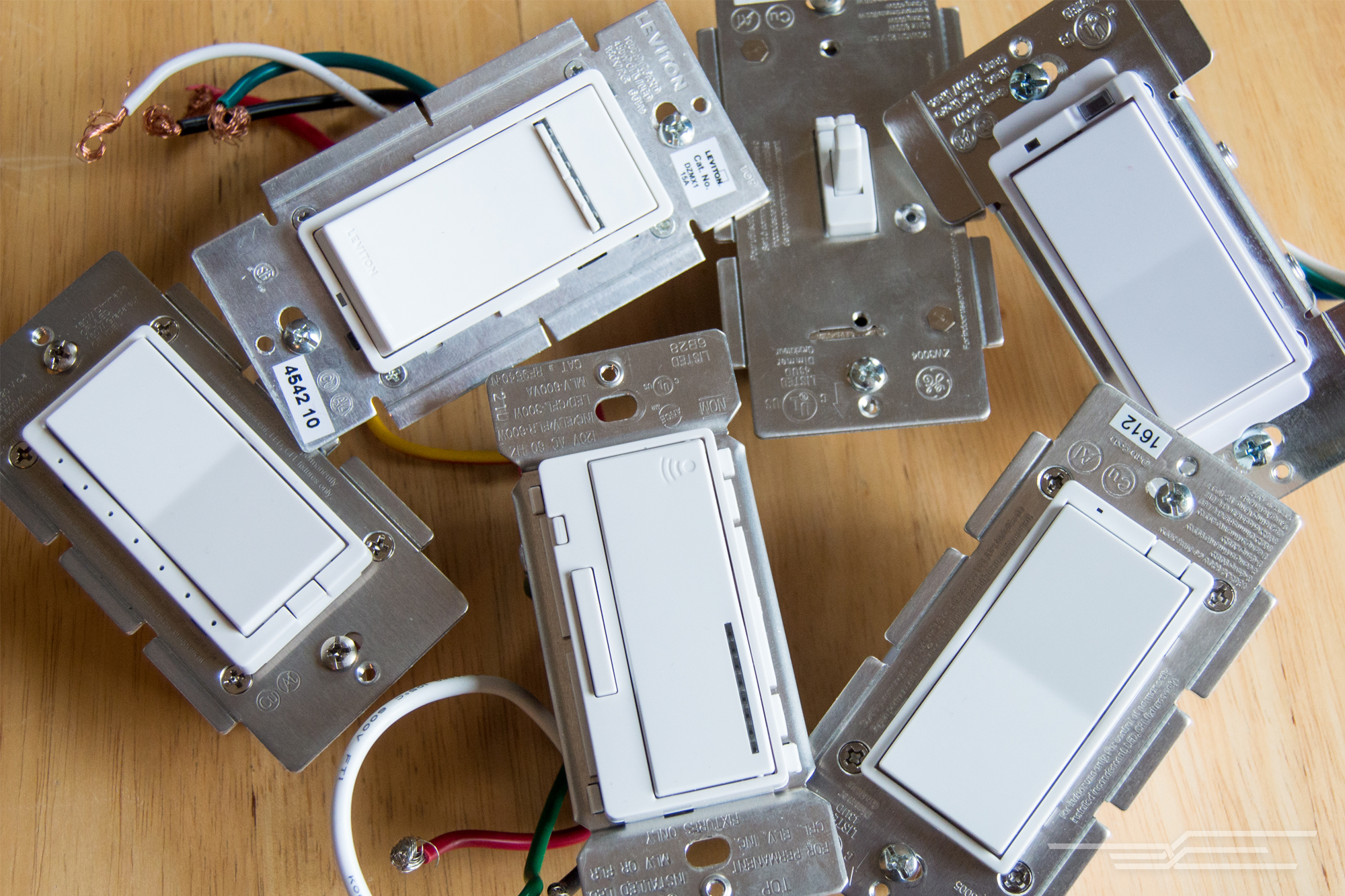 In order to find out what makes a good Z-Wave in-wall dimmer, we talked to Mitch Klein, executive director of the Z-Wave Alliance. He said to look for products that are Z-Wave certified, which ensures they will be compatible with other Z-Wave devices, as well as UL compliant. A good in-wall dimmer should allow you to customize the dimming levels, as well as to create scenes, which enable you to bring up a group of lights at set dimming levels at a single touch of a button. Also, you should look for dimmers that are “all-load” compatible, which means they’ll work with a variety of bulbs, including CFL, LED, incandescent, fluorescent, and halogen.

Next, we compiled a list of available dimmers by searching Google, the Z-Wave Alliance website, and Amazon. To be considered, a device needed to be a dimmer, Z-Wave compatible, and designed for installation inside the wall. It also needed to be Z-Wave certified. We avoided those that were proprietary to one specific platform.

My licensed-electrician husband installed the dimmers to be tested, and we connected each dimmer to hubs from SmartThings and Wink, currently two of the most popular options available. All of the dimmers worked, allowing us to turn lights on and off with the hubs’ apps, to dim the lighting on a scale from 1 to 99 percent, and to set timers that would trigger the applicable light to go on and off (and even dim) at a certain time of day. For each of our tests, we used apps on an iPhone 5, an iPad, and a Samsung Galaxy S6. To learn more about the installation and testing process, please see our full guide. 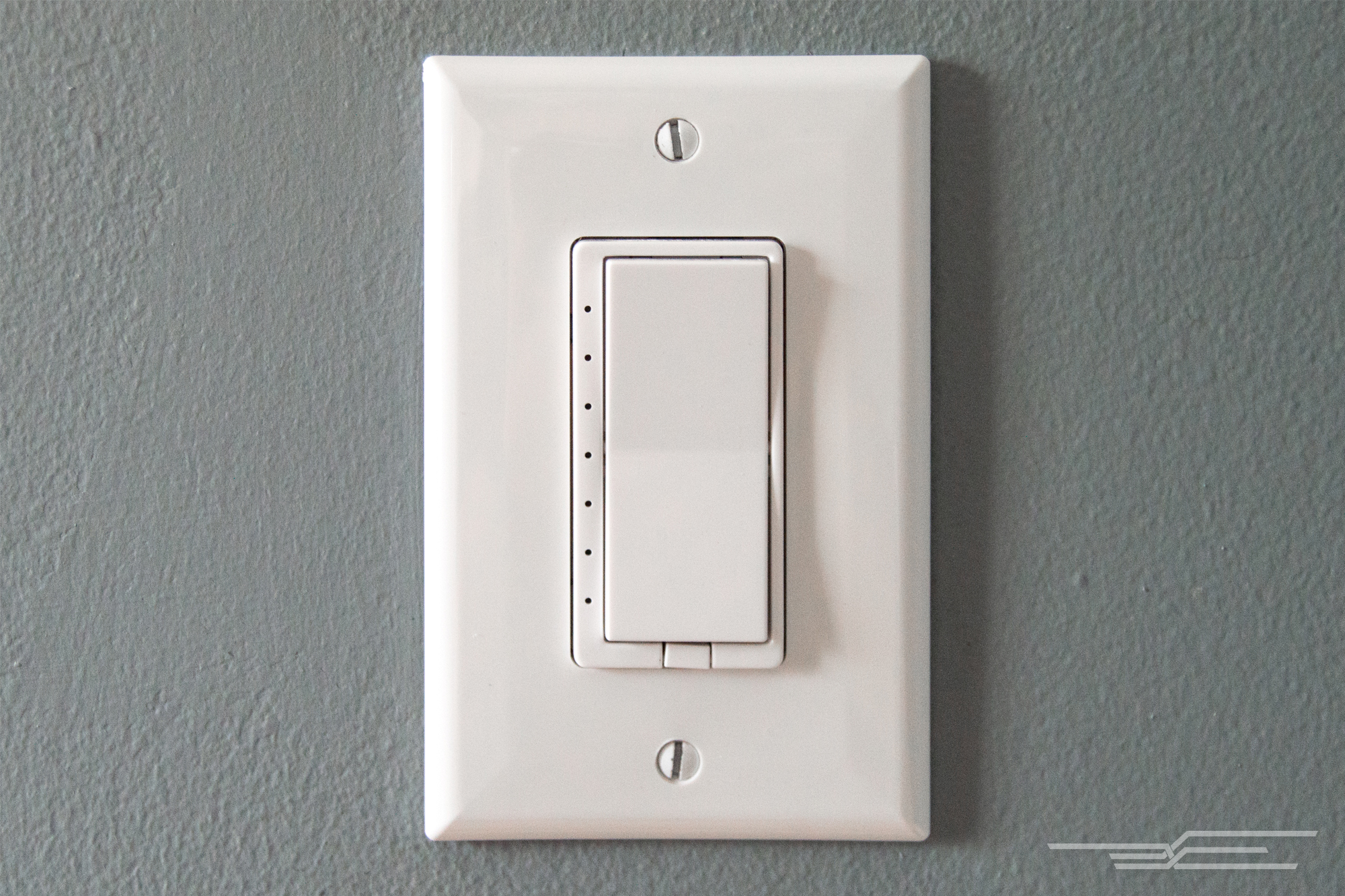 The HomeSeer HS-WD100+ is a reliable Z-Wave in-wall dimmer that provides remote on-off, dimming, and scheduling, similar to its competition. However, it also adds multi-tap features that allow you to set up certain rules, triggers, and dimming levels, based on how you tap the actual switch. This is a really cool feature that no other Z-Wave in-wall dimmer currently offers, which allows you to assign specific tasks to tapping or holding the on or off position on the rocker: For instance, we had the HomeSeer dimmer installed in our living room, but we set it so that tapping the on position twice would trigger a different Z-Wave dimmer in the dining room to turn on.

Although the HS-WD100+ was designed to work with one of HomeSeer’s controllers, it is Z-Wave certified, so it will work with any Z-Wave–certified hub. In fact, it is Z-Wave Plus certified (the only switch we’ve found with this certification), which promises better compatibility and an easier setup.

This is also the only switch in our test group that supports the Z-Wave scene and central scene classes (the latter only when you use it with the HomeSeer hub). This may not be a big deal if you’re controlling only one light switch; however, if you plan to install Z-Wave switches throughout the house, this feature might be important because the scene modes can make for faster transition times with large setups.

Without a HomeSeer-branded hub, you won’t have instant access to the extra features of the HS-WD100+. If you use a SmartThings Hub, you will need to enable the tap features yourself. For anyone with a fear of code, this may be a turnoff, but adding these functions is as easy as a quick copy-and-paste into a browser tool. Once you do that, you will have access to all of this dimmer’s perks. If you have the Wink Hub, the HS-WD100+ is just another dimmer, which could make our runner-up pick a better choice. 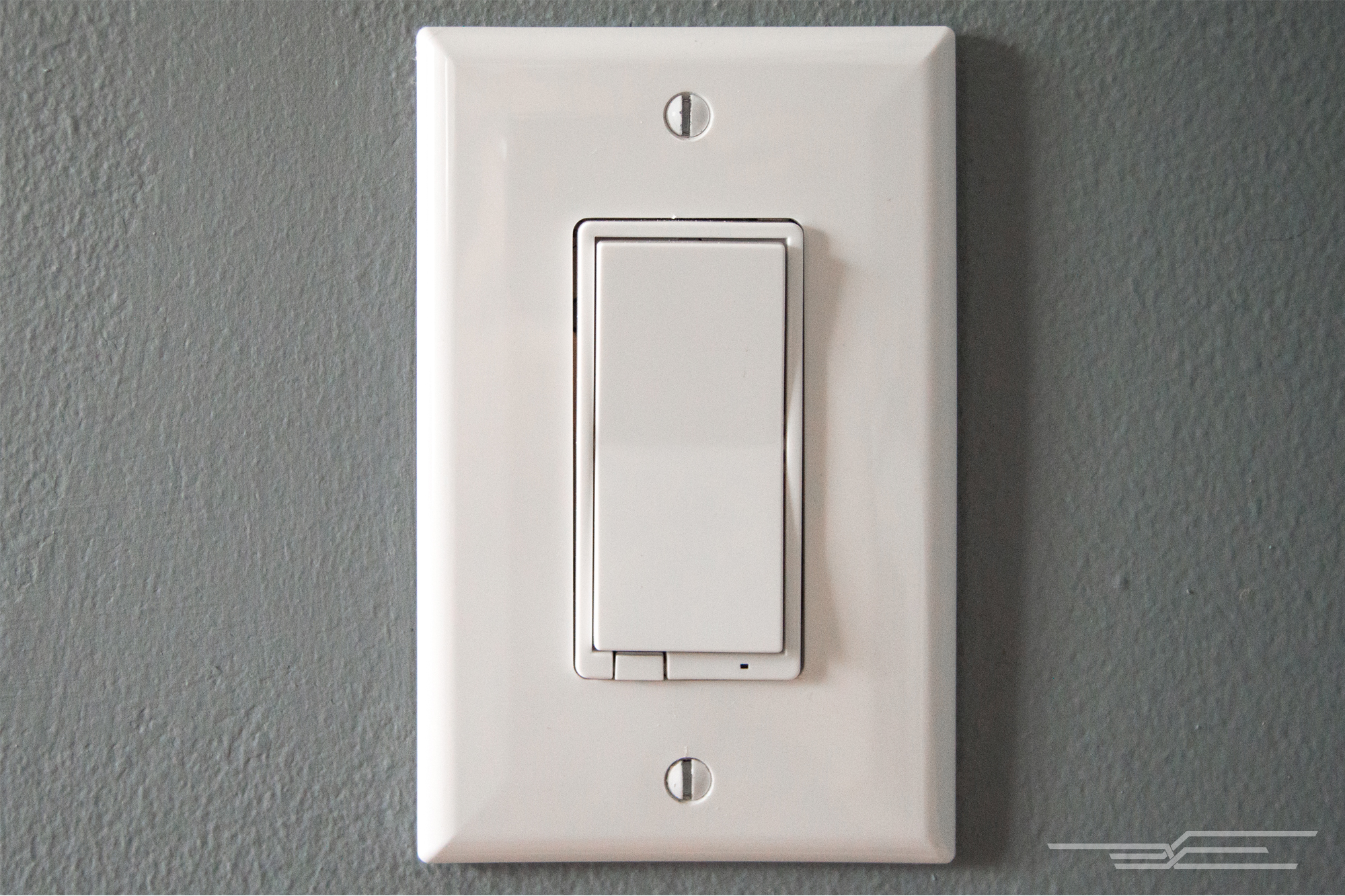 The GE dimmer doesn’t look any different from a conventional dimmer, which might make it appealing to some people. Photo: Rachel Cericola

The GE Z-Wave In-Wall Smart Dimmer (model number 12724) is a great choice for anyone who doesn’t have a need for bells and whistles. It works with all sorts of Z-Wave smart-home hubs to provide remote control and dimming from anywhere, as well as all of the standard Z-Wave in-wall dimmer features, such as scenes and customized scheduling so you can turn the lights on and off at specific times of day. The drawbacks? It doesn’t doesn’t allow upgrades (the company plans to release another model down the line that will).

In our tests, once connected to each smart-home hub, the GE 12724 performed similarly to every other switch on our list. It reacted quickly and reliably, and was smooth and sturdy in operation, delivering a nice “click” when pushed. It’s very plain looking and doesn’t have an LED indicator, though it does include a tiny light at its base that you can customize to go on or off depending on the status of the dimmer switch.