OK Google, Where’s Barb? How to set up Google Assistant shortcuts to Netflix and more

Google Home, Google’s AI-powered smart home speaker, rarely goes a few months without getting a feature. In the past year, it’s gained support for third-party integrations and added the ability to distinguish between multiple users. And in recent months, it’s rolled out the ability to call any phone number in the U.S. and Canada for free, proactively notify you about things like traffic jams and flight delays, play music from free Spotify accounts, and send directions to your smartphone.

One of its niftiest new abilities though, is shortcuts — an easy way to trigger lengthy, multistep commands with a word or phrase. Instead of having to say, “Play workout music on Google Play Music to my basement speaker” to cue up a treadmill playlist, for example, you might shorten the command to “Start workout.” Or, you might set up a “movie night” profile that ties a Chromecast device to a convenient phrase. With shortcuts, beaming a Netflix series to the living room flatscreen becomes as easy as saying, “Movie time.”

Shortcuts for Google Home are incredibly useful, but they have prerequisites — and they’re a little challenging to get the hang of. Here’s everything you need to know. 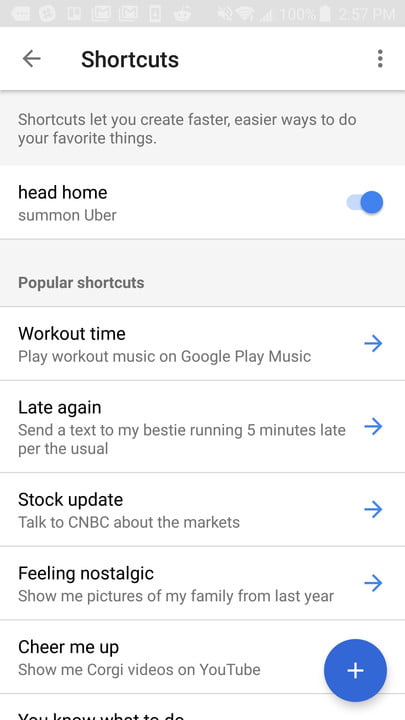 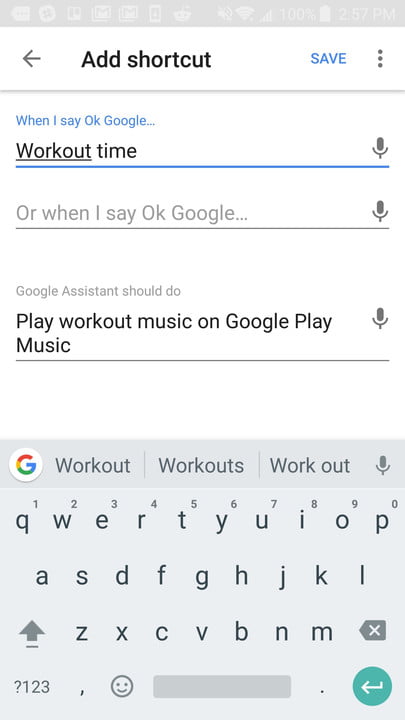 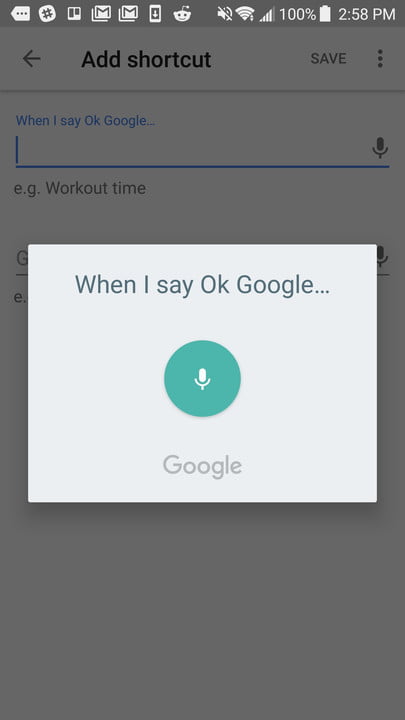 Despite the fact that Google Home is powered by the Google Assistant, Google’s intelligent voice assistant that ships on Android TV set-top boxes and Android Wear smartwatches, shortcuts only work on Google Home and Android smartphones running Android 6.0 Marshmallow or newer. Unless you’re able to get your hands on an Android phone or Google Home, you won’t be able to use them.

If you can live with that limitation, though, getting started is a cinch. First, you’ll need the Google Home app — download it from the iTunes App Store or Google Play store. Once you’ve launched it and signed in with your Google account, tap on More Settings > Shortcuts. You’ll see two blank text fields labeled: When I say OK Google.. and Google Assistant should do…

Worse, there’s no way to validate commands before pushing them live. You have to save them, enable them, test them on Google Home or the Google Assistant, and make changes accordingly.

Once you’ve cleared those hurdles, though, you’ll see your custom shortcuts at the top of Shortcuts menu, where you can toggle them on and off individually.