It’s tough to say what tomorrow’s fashion will look like. Plenty of sci-fi films have tried — and failed — to predict how we will dress in the future, but we can at least get an idea of the materials they’ll be made from. These fabrics of the future are being developed in research labs today to solve age-old problems, from keeping us dry to killing germs. Here are a couple innovative materials that have emerged over the past month.

Humans have been turning to the natural world for outfit ideas since we first tossed animal hide over our shoulders. Leather seems no less popular today than it was back then, but we also now have many synthetic materials inspired by the more nuanced side of nature.

“These fabrics of the future are being developed today to solve age-old problems.”

Velcro is probably the most recognizable example. It was created by Swiss engineer George de Mestrel after he returned home from a walk with a bunch of sticker burrs stuck to his pants. Lotus leaves may be less obvious but they’re no less important, having inspired engineers to develop fabrics that can effectively self-clean and repel water thanks to a waxy surface of nanoscopic bumps.

“There are numerous publications on superhydrophobic surfaces and many reports on lotus leaf materials,” Jürgen Rühe, microsystems engineer at the University of Freiburg in Germany, told Digital Trends. “Yet they all suffer from one weakness — they are mechanically fragile.”

Even after adding bigger (i.e., microscopic) bumps for a bit more strength, most lotus-inspired materials are prone to scratching and tearing under the slightest strain, which compromises their ability to repel. To overcome this challenge, Rühe and his team took inspiration from reptiles to develop a material that can shed its outer layer. 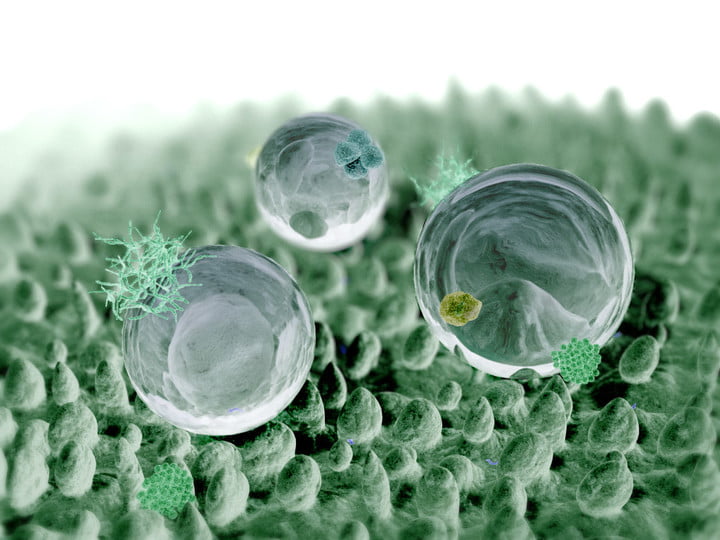 The material is made up of three layers: a water-repellent layer on top, a water-soluble polymer in the middle, and a superhydrophobic silicon film on the bottom.

“It is a sandwich structure with two superhydrophobic … surfaces, which are glued together by a water-soluble intermittent layer,” Rühe said. “When the top layer is scratched, water can seep through and dissolve the water-soluble layer, so that the top layer floats away.”

What’s left is the silicon layer, which can be rinsed with alcohol and dried to restore its water-repellent properties. The material still needs work — for one thing, the top layer still scratches too easily — but more durable versions may be used to develop raincoats and gear that can shed away damage.

Paper may not be the most fashionable fabric (yet) but it’s cheap, and thanks to researchers from Rutgers University, it could help saves lives someday.

“We thought that we might be able to adapt our work with metallized paper to create improved equipment to limit the spread of infectious diseases.”

The researchers have developed paper-based sanitizers that generate antimicrobial plasma from thin aluminum layers arranged in a honeycomb pattern. When a current is sent through the metallic paper, it produces ozone, heat, and ultraviolet light that zaps the germs. Integrated into clothing — such as gloves or hospital gowns — the paper sanitizers could give patients, nurses, and doctors in developing regions an effective and affordable way to maintain a hygienic workplace.

“With Ebola, there were cases where health care providers in both hospitals and outdoor installments were susceptible to spreading microbes,” said Aaron Mazzeo, an engineer who worked on the project. “We thought that we might be able to adapt our work with metallized paper to create improved personal protective equipment to limit the spread of infectious diseases.”

In trials, these paper-based sanitizers eliminated 99.9 percent of E. coli and 99 percent of yeast in 30 seconds. “When it comes to killing undesirable bacteria, there are essentially three degrees of cleanliness,” Mazzeo explains, “sanitization, disinfection, and sterilization.” 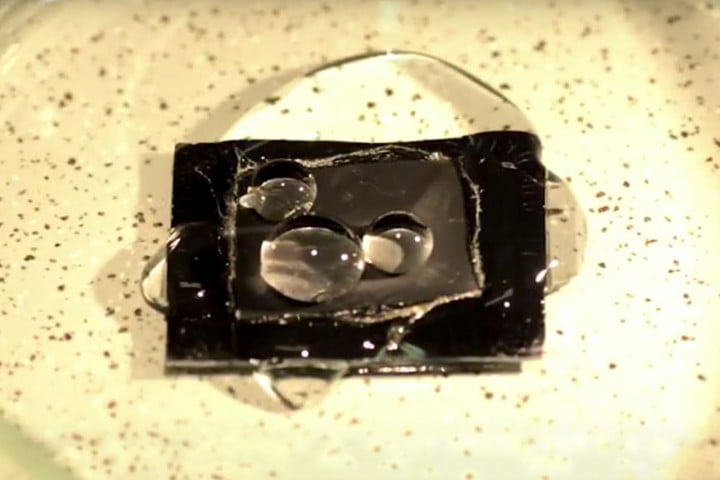 Once these issues are resolved, paper-based sanitizers may find applications as coatings for smocks and prosthetics — even if they fail to catch the attention of fashionistas.

Read more from News
← OK Google, Where’s Barb? How to set up Google Assistant shortcuts to Netflix and more
The best bike lock →